COMEDIAN and actor John Thomson is best known for Cold Feet but it turns out his body gets very, very hot.

The Fast Show star became the latest celeb to be revealed on Saturday night’s The Masked Singer.

But John, who performed on the ITV prime-time show as Bush Baby, said he had to resort to strapping ice packs to his body in order to keep cool in his elaborate costume.

He said: “It’s boiling, it’s absolutely unbearable. And I watched the ITV2 show, you know, behind the mask, and the guy went, ‘Oh, the Bush Baby’s the hottest costume’.

“I had to have ice packs strapped to my wrists and one at the back of my neck, because it was just insane. It was unbearable – the heat and also the total sensory deprivation.

“Because you’ve got moulded earpieces – like professional singer stuff – you have monitors in your ears and so when they’re in and there’s no backing tracks playing, you’re deaf.”

The actor added: “So you’re deaf, blind and no one can hear you.”

In an effort to disguise his Mancunian brogue and keep viewers guessing, John put on an Australian accent every time he had to speak on the show.

While some armchair sleuths claimed that the accent needed work, the actor was happy he put on the Aussie disguise.

He added: “I think the Aussie thing was a good choice, really, because people were saying it was Jason Donovan and John Torode.

"And then other people went, ‘Oh, his Aussie accent’s weird. It’s not right’. And I’d like to think it was alright - it’s the one thing I pride myself on, my accents.”

Crucially, John dropped the accent when he had to sing - pointing out that Antipodean pop legend Kylie Minogue does the same thing.

He added that he could only take his Australian act so far, saying: “It’s The Masked Singer, I’m not a fully immersed method actor!”

I think your performances were marvellous, John.

Reach for the Sky

WITH nothing else to do, we all need more telly – and Sky is doing its bit.

The broadcaster has announced it is upping its original output by 50 per cent with 125 shows on air this year.

Among the content will be four new dramas, two new comedy series, and 30 new documentaries.

Sext pics a turn-off for Karen

KAREN Hauer has been married twice but she’s unlikely to make it a hat-trick any time soon.

The Strictly dancer admits most admirers who message her send X-rated pictures, which she says is a turn-off.

Karen – previously married to Matthew Hauer then Kevin Clifton – says: “Ewww. In what world does a girl like that? Nowhere.”

Her 2020 dance partner Jamie Laing said Karen showed him her inbox during rehearsals.

He says: “We would have a look at people sliding into her DMs. They basically say, ‘Do you want to date? Here’s a picture of my penis’.”

Karen, below, says she “doesn’t know how to date”. She told Jamie’s Private Parts podcast: “It’s exhausting. I don’t want it to be difficult.”

If she’s looking for a hassle-free romance, then she might have to change jobs.

She said: “I’ve been vocal recently about how we’ve become a very judgemental nation. Having said that, I think it is the worst thing I’ve seen in my entire life.”

Mark wants us to eat the Wright stuff

MARK Wright has tried being a reality TV womaniser, a telly presenter, a footballer and a fitness expert – now he wants to be a healthy eating guru.

The former Towie star has set his sights on a healthy eating drive to rival the one by Naked Chef Jamie Oliver.

For years, Jamie has been preaching the benefits of a balanced diet. Now Michelle Keegan's husband is getting involved with his own initiative called Eat Wright.

It also appears that Mark – currently playing for Crawley Town FC – is planning to launch a range of clothing, gym equipment and podcasts around the new venture.

Kym Marsh appeared from home via videolink for the new series of Morning Live today, as I revealed she would last week.

The former Coronation Street actress had to have a hernia operation, meaning her co-host Gethin Jones had to go it alone on the BBC1 show while she recuperates at home.

For some reason, Kym tried to deny the story last week, thinking I had said she was having a “hiatus hernia” – which I didn’t, as she would have known if she had bothered to read the story before mouthing off online.

It is a miracle she can read her autocue, really. 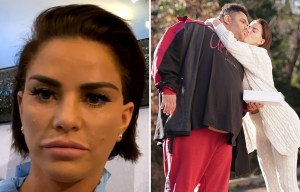 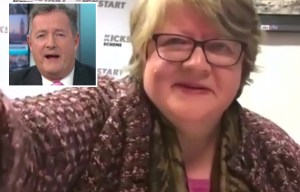 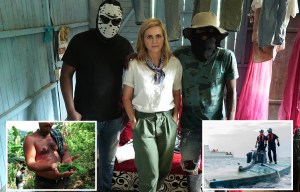 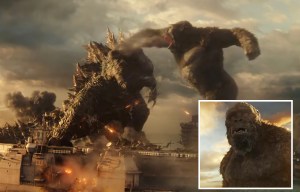 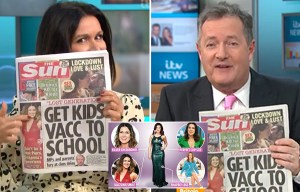 Let's get ready for a re-Rhum

ANT and Dec transformed into their schoolboy rap alter egos PJ and Duncan in a behind-the-scenes clip from the new series of Saturday Night Takeaway.

Grinning at the camera, Dec jokes: “Every time we try and leave they drag us back in again.”

The rap duo hit the top ten in 1994 with Let’s Get Ready to Rhumble.

The campaign for a re-release to mark 30 years starts here . . .