A seat-by-seat poll from YouGov indicated Boris Johnson’s Tories are on course to end up with 359 seats after the general election, securing a hefty majority of 68, with Labour slumping to 211, losing 68 seats in the process. But political scientist Sir John Curtice said, leaving aside the latest YouGov poll, other recent figures pose a “clear warning” to the Tories. The Politics Professor at Strathclyde University told BBC News: “But if in the next two weeks the Conservative lead in the poll should fall back to let us say around seven points, then the election could suddenly look much closer and at least the possibility of a hung parliament would come back into view.”

The BBC host asked: “And the poll does suggest some caveats doesn’t it, talking about a significant number of seats, maybe 30 or more, where margin of error makes it, to use that cliche, perhaps too close to call?”

The polling expert replied: “Indeed and therefore the Conservative lead over Labour narrows a bit whereas at the moment YouGov is saying ‘well quite a lot of these seats are going to go to the Conservatives’.

“Well if the national position narrows then these are seats that could well end up staying in Labour’s hands. 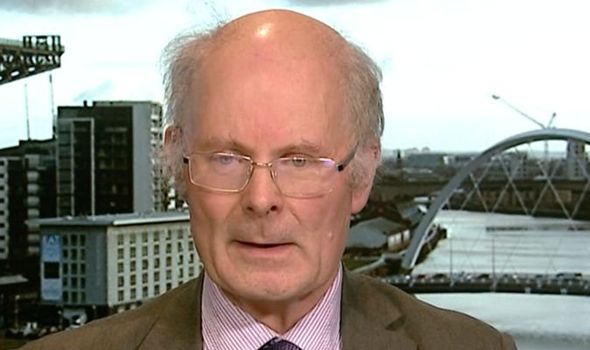 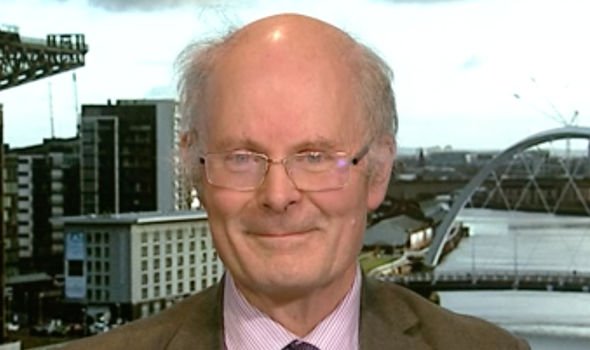 General Election news: John Curtice said it is "not in the bag" for the Tories (Image: BBC)

“There is also of course, leaving aside this poll and out of the polls we’ve seen in the last week, have indeed pointed to an apparent slight narrowing in the Conservative lead over Labour.

“So again, a clear warning to the Conservatives it’s not in the bag.

“And if that apparent trend that the polls more broadly have seemingly picked up in the last week were to continue then the message of this poll is the outcome could indeed begin to look rather different.”

If the YouGov poll result is accurate, it would be Labour’s second-worst since World War 2, only eclipsed by the 1983 disaster which saw them pick up 209, with Margaret Thatcher’s Tories winning 397.

The BBC, citing insiders, suggested Labour was poised to “reshape” its election strategy, having “overestimated” the threat posed by the Liberal Democrats, and “underestimated” the willingness of Leave-backing Labour voters to switch the Conservatives.

The party is understood to be changing tack in its campaign, particularly in Leave-voting areas, where it is in danger of losing seats to the Conservatives.

Labour insiders say a key mistake up until now was overestimating the electoral threat from the Liberal Democrats, and underestimating the likelihood of Leave voters switching from Labour to the Conservatives, the BBC has reported. 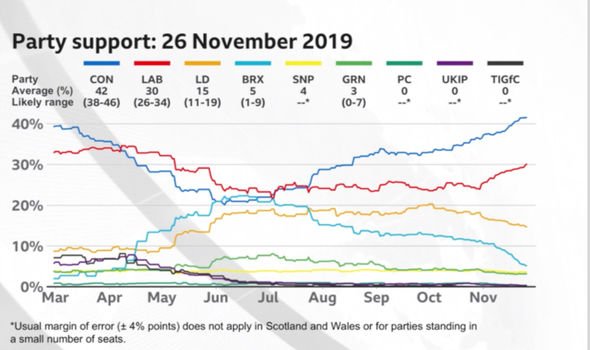 Labour's strategy so far had been - in part - to emphasise that the election is about more than Brexit and to get voters to focus on issues which would unite Labour voters in Leave and Remain areas.

The new plan is designed to appeal to those who voted for Brexit, and to try to convince them that Labour is not attempting to stop Brexit by offering another referendum.

Quizzed by the BBC's Naga Munchetty about the poll, Labour's Shadow International Trade secretary Barry Gardiner admitted his party had "work to do", adding: “I want to be ahead in the polls, I want our message to be getting through.

“You can be absolutely sure that for every day every hour from now until Dec 12 Labour candidates will be out there getting our message across. We need to get this message across.”

"The polls appear almost stuck. This move suggests the party fears losing unless it strengthens its pro-Brexit credentials."

Baby-faced assassin: the 29-year old at the heart of Trump's 'deep state' purge