John Bercow saw his chances at securing a peerage take a severe hit after former Black Rod David Leakey presented a formal complaint of "bullying, intimidation and unacceptable behaviour" to the Commons' Standard Committee. The former Speaker of the House denied all claims and insisted he could not have acted as Mr Leakey alleged because the then Black Rod did not "work for him or for the House of Commons". But speaking to the Today programme after Mr Bercow made the comments, Mr Leakey said: "Mr Bercow, on his own admission, has said that we’ve had two altercations. He has admitted those so that is the case.

"The most important thing is that Mr Bercow clearly doesn’t understand or can’t remember how the role of Black Rod operates in the House of Commons.

"During my tenure, some 30 percent of my work as Black Rod was within or for the House of Commons.

In his first interview since the complaint was lodged, Mr Bercow told Sky News that they were: “Total and utter rubbish, from start to finish. 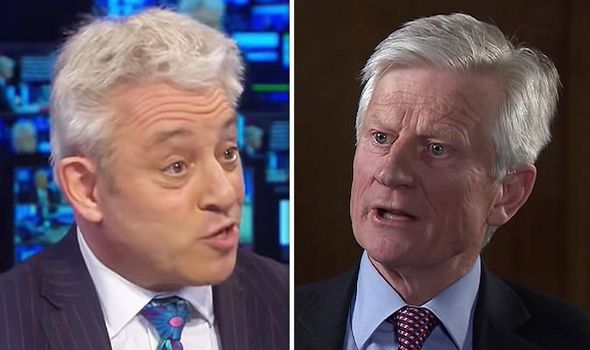 John Bercow insisted he could not have bullied Leakey in the first place (Image: SKY NEWS•BBC) 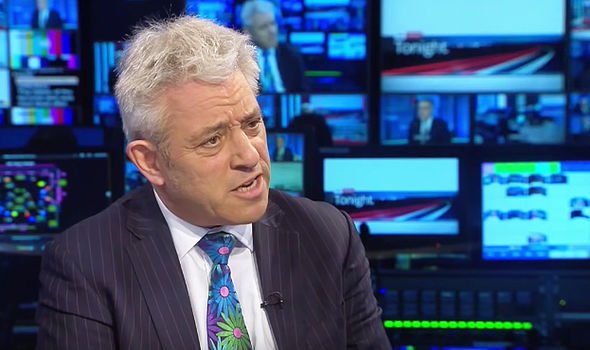 John Bercow insisted Leakey could have "no intelligence" on his relationship with staff (Image: SKY NEWS)

“I notice how hesitant David Leakey was in developing his case as though he was choosing his words carefully.

“The first point is that David Leakey didn’t work for me, he wasn’t employed by me, he wasn’t an employee of the House of Commons.”

The former Speaker insisted Mr Leakey is “in absolutely no position whatsoever” to comment on his behaviour during his tenure in the House of Commons. 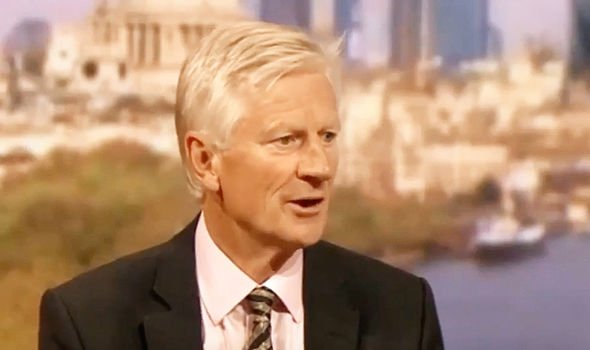 Mr Bercow continued: “He worked in, and was the protocol officer of, the House of Lords.

‘He is in absolutely no position whatsoever to comment on my relations with my parliamentary colleagues, of which he is completely and utterly ignorant.

“He doesn’t know what my relations were with my clerks. He has absolutely no intelligence on those matters whatsoever.”

Mr Bercow added: “What we’ve got here is somebody who left the House who is thrashing around, desperate to remain relevant, popping up at every turn, trying to make himself seem very important, very centre stage, very at-the-heart-of-things in the way that I went about my work. 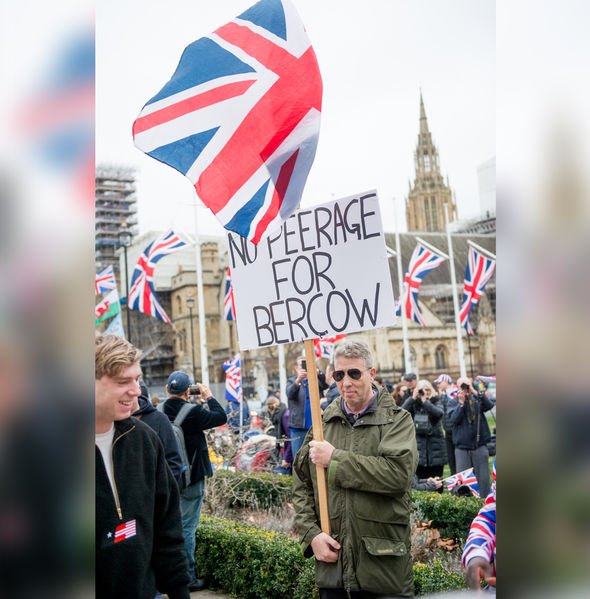 Some members of the public have also expressed their opposition at a peerage for Bercow (Image: GETTY)

Downing Street said allegations about Mr Bercow’s behaviour were “very concerning” and should be “investigated thoroughly”.

Former Commons clerk Lord Lisvane last week became the latest to complain and handed a dossier of allegations to the Parliamentary Commissioner for Standards.

Mr Bercow denied the claims and accused the government of trying to stop him from becoming a peer.

Mr Bercow said that since retiring it has “become increasingly obvious that the Government has no intention of honouring the centuries-old convention that a departing speaker is promptly elevated to the House of Lords”.

"He had been a Lieutenant General who served in Germany, Northern Ireland and Bosnia. But claims he was bullied (i.e. intimidated and coerced) by John Bercow. Unlikely."

A688 near Thinford shut during rush hour after crash

Temperatures plummet to -4.5C with ice and snow warning

More trees to blossom in Baildon

Number 14: Three-time Festival winner who produced several stunning performances in the green and gold at Cheltenham

How on-farm test is helping reduce dairy antibiotics use

Why I love the shameless, gory, Nazi-killing catharsis of Amazon's Hunters