The White House has issued a schedule for the US President as the G7 Summit comes to a close. At 5.30pm on Sunday, Mr Biden and First Lady Dr Jill Biden will have a meeting with Her Majesty.

The Biden’s will meet the monarch at Windsor Castle in Berkshire.

At 5.15pm, just before their meeting, the First Family will participate in the Inspection of the Guard of Honour.

The President, 78, will not speak to the press after his meeting with the Queen, 95, instead leaving for London at 6.10pm.

The Biden’s will then fly to Belgium at 6.50pm and participate in an arrival ceremony at Brussels Airport at 9.15pm. 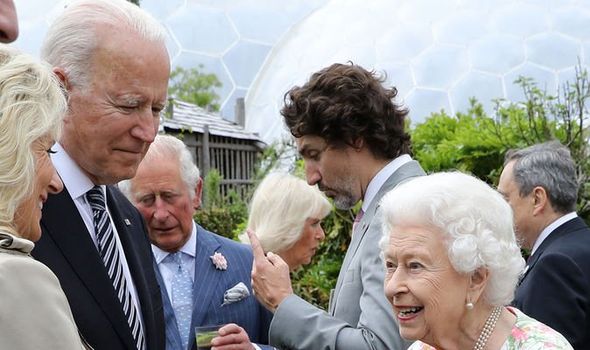 Joe Biden news: The President is scheduled to have a private meeting with Queen Elizabeth II (Image: GETTY) 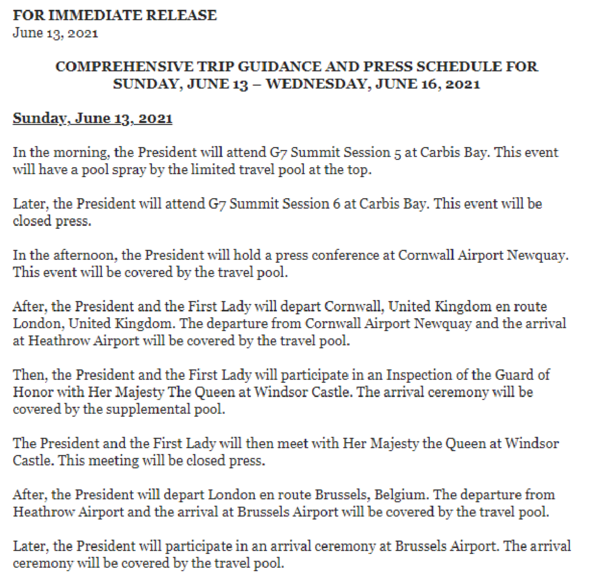 On Friday, Her Majesty met with Mr Biden for the first time in his role as President - at the Eden Project in Cornwall.

Photos showed the Queen — wearing pearls, white gloves, and a floral dress — smiling warmly as she spoke with the First Lady.

Mr Biden is the 13th US president the Queen has met. Her Majesty has met with every American leader except Lyndon Johnson.

In 1982, Mr Biden met the Queen for the first time when he was the Democrat Senator for Delaware. 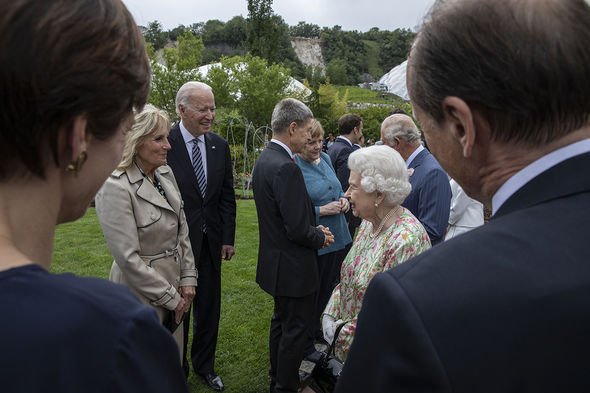 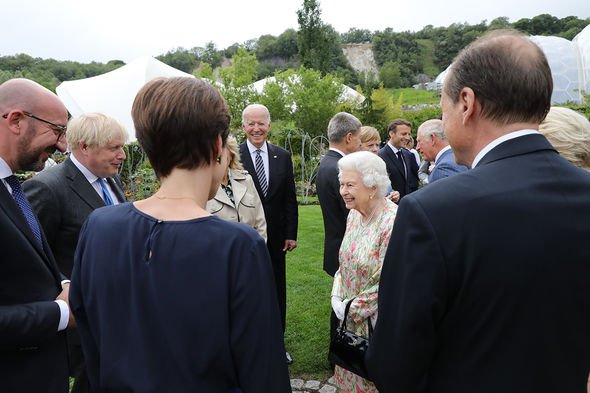 Royal protocol usually dictates members of the Royal Family should be the last to arrive at an event and the first to leave.

However, Mr Biden and Dr Biden arrived at yesterday's reception a few minutes after the Queen.

Speaking to the Daily Mail, British professional coaching company Debrett's said: "It is correct for everyone to arrive before the royal personage and protocol rules that no guest should leave an event before a member of the Royal Family."