Mr Biden was inaugurated as the 46th President of the United States yesterday and wasted no time in reversing many of Donald Trump’s most controversial policies. He ended the so-called ‘Muslim ban’ and had the US rejoin the World Health Organisation and the Paris climate change accord. Meanwhile, a royal expert told Express.co.uk that Queen Elizabeth II will likely be “relieved” that she will no longer be dealing with the erratic Mr Trump.

Richard Fitzwilliams said: “Given Donald Trump’s notorious unpredictability and the atrocious storming of the Capitol by a mob incited by him, she is likely to be personally relieved by Biden’s election victory and also by the subsequent swearing-in at the beautifully choreographed ceremony.”

He added: “As the world’s most experienced head of state, she will undoubtedly appreciate the importance of America having a President with so much experience, especially during the unprecedented crisis of the COVID-19 pandemic.”

However, this might not be the only reason the Queen has welcomed the new President.

Intriguing footage from four years ago reveals Mr Biden said “God Save the Queen” after announcing the US election results. 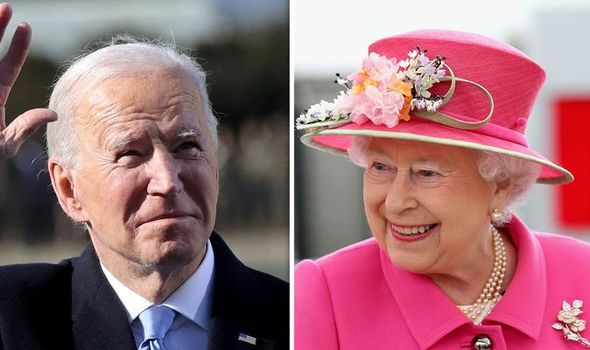 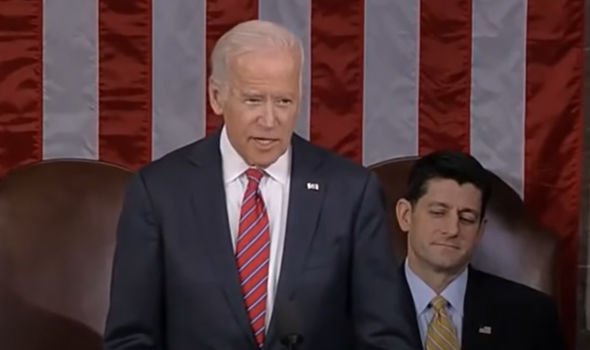 It is tradition that the Vice President reads out the election result once the Electoral College votes have been counted and certified by Congress.

Mr Biden, who was Barack Obama’s Vice President, announced that Donald Trump had won the election, but moments later muttered the surprising words.

He said: “The purpose of this Joint Session having been concluded pursuant to the Senate concurrent resolution two of the 115th Congress, the chair declares the Joint Session dissolved.”

Mr Biden then banged a gavel and many in the hall stood to give applause, but Mr Biden’s microphone was still on. 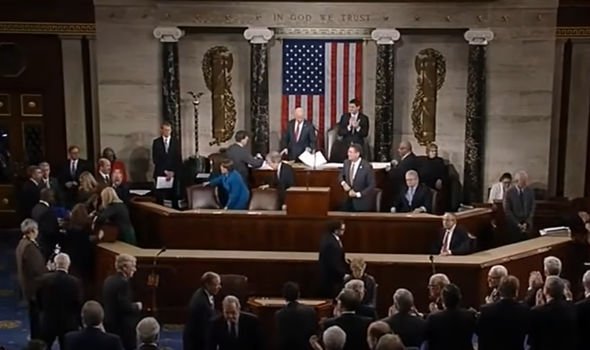 He then added quietly: “God Save the Queen.”

This sparked wild speculation as to what he could mean by this, because the US has been independent from the UK and the British monarchy since 1776.

People offered a wide range of potential theories as to what he could mean by this sentiment.

Journalist Matthew Hoffman said: “Translation: If this independence is going to yield leaders like Trump, maybe we’d better go back to a monarchy. 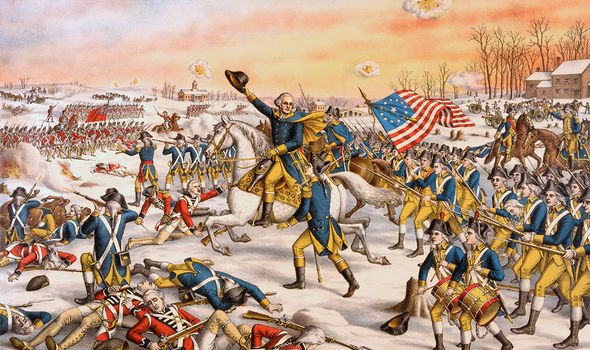 The Queen has not been the monarch of the US since the American War of Independence (Image: GETTY)

“Alternatively: he wanted to say ‘God Save the Republic’ but it was too direct, so he settled for something more ambiguous.”

However, there was no indication that the Queen was struggling with health issues and even made a public appearance at Sandringham that very day.

Another popular theory was that Mr Biden was simply humming the first line of the Sex Pistols’ second single.

Whatever the reason, it is certainly unusual to hear an American utter such sentiments towards the British monarchy.

Americans are very proud of their history, with the American War of Independence marking the birth of their nation as it is today.

That said, there remains a fascination with the Royal Family amongst friends across the Atlantic and many of them have much respect for the Queen herself.

Donald Trump said last year: “She’s a great woman. She’s never made a mistake if you look. She’s had a flawless time.”

Her Majesty sent a letter of congratulations to Mr Biden on his inauguration day yesterday.

UK Prime Minister Boris Johnson was also one of the first world leaders to offer his congratulations.

What does Moxie mean? Definition and meaning explained

One Good Thing: A taste of the islands makes lockdown easier

Will Paramount+ be a mountain or a molehill in streaming?

Reading past feminists, I understand how writing things down can be a political act | Koa Beck

Sunak is an arsonist posing as a firefighter. It's Labour's job to expose the truth | Owen Jones

WhatsApp adds major new features thanks to changes in lockdown

Mid-air drama with a plane full of soldiers...and me

Newcastle's Eldon Square and a Tyneside shopping revolution 45 years ago

Who were Prince Philip’s siblings?

Four areas in East Lancashire may have recorded no new cases

Fears for mum, 51, who 'fell off face of the earth' after vanishing 2 months ago