Mr Biden's intentions for the 2024 US election have been a subject of speculation since he took office. A poll by Quinnipiac University released on Wednesday showed that 54 percent of Americans think that President Biden won’t run for reelection in 2024. A third of those questioned in the survey said that they believed Mr Biden will seek reelection in 2024, with 13 percent not offering an opinion.

There was a partisan divide, with three-quarters of Republicans and a majority of independents saying that the President wouldn’t run again in 2024.

Democrats were divided on the question, with 41 percent saying Mr Biden would seek reelection and 45 percent disagreeing.

One figure who believes Mr Biden may reach his limit in 2024 is John Maa, a Democratic national-finance-committee member who is a surgeon.

He told The Atlantic in April that health and age factors could limit Mr Biden to one term or less. 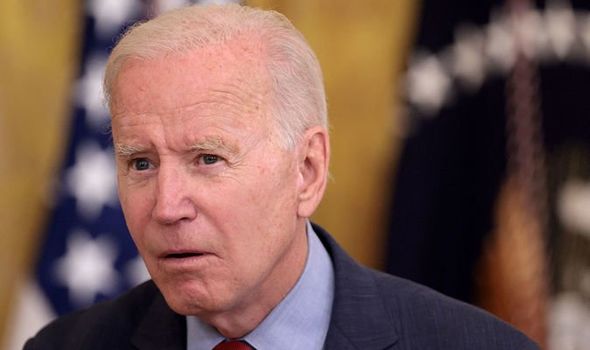 Joe Biden news: Biden could only do one term (Image: getty) 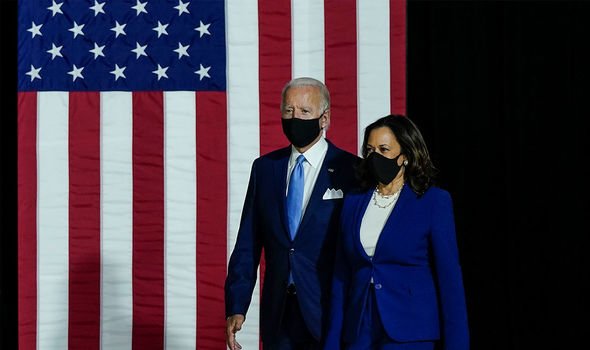 He said: “I worry that he may not, for health reasons, be able to continue serving until 2024.

“As a doctor, I do have some concerns about the relentless daily stress and anxiety for someone his age.”

A former Biden campaign adviser added: “That job sucks the life out of you if you’re 30 years younger than he is.”

Politico spoke to Democratic Party colleagues in 2019 who suggested that Mr Biden would only take on one term – but he would not admit this publicly.

A prominent adviser to Mr Biden's campaign said at the time: “If Biden is elected... he’s going to be 82 years old in four years and he won’t be running for reelection.” 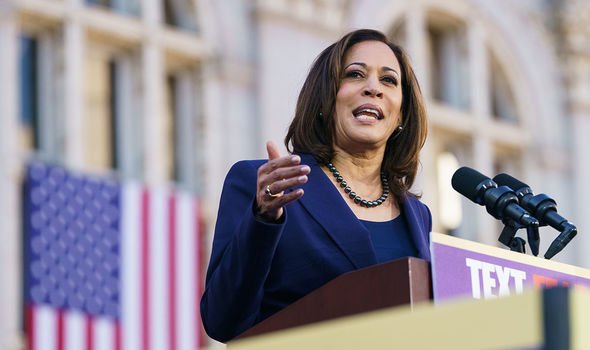 Joe Biden news: Harris has been tipped by some to take over (Image: getty)

They added: “This makes Biden a good transition figure. I’d love to have an election this year for the next generation of leaders, but if I have to wait four years [in order to] to get rid of [Donald] Trump, I'm willing to do it.”

Given Mr Biden's age, speculation that his Vice-President Kamala Harris could step into the presidential fold in 2024 has also emerged.

A political strategist who had been in communication with Mr Biden’s closest advisers said the former Vice President under Barack Obama is "too old" to lead the country more than four years.

They said: “Is 81 years old too old to be President? Yes. Is an 81-year-old President standing for reelection likely to be successful? He is not.

"And is it the right thing to do for the country? No. Biden wouldn’t be running if it were President Jeb Bush or President Marco Rubio.

"He’s running because it’s an exigent circumstance — Donald Trump. The next President will have to have oppositional virtues to the last President.

DON'T MISS
Brexit: Ireland brags 'Joe Biden in on our side' [INSIGHT]
Joe Biden hit with 'slap in the face' from EU as Brussels erupts [ANALYSIS]
Joe Biden 'has a Europe problem' bloc warned before EU and US row [INSIGHT] 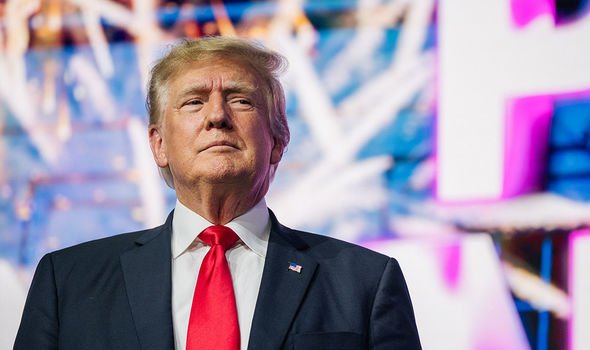 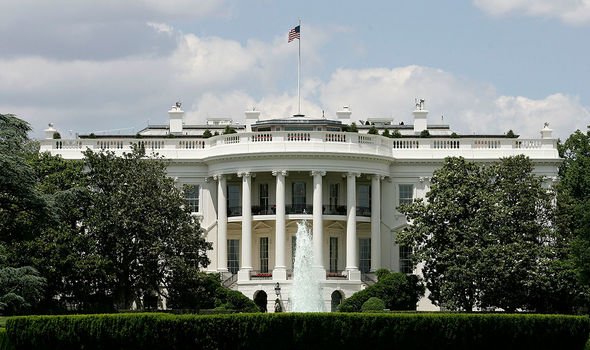 "We have a presidency that is defined by abject selfishness, self-regard and self-interest. So a one-term pledge would be viewed as an act of selflessness, putting the country ahead of any ambition.”

Other reports have suggested that the 78-year-old will stay on in 2024, however.

According to The Hill, one longtime Biden adviser said didn't "think there’s any reason to say that he won’t” run for another term in the White House.

They added: “So we all assume that he is [running again], contrary to this sentiment that he’ll be a one-term President because of his own volition."

In the first news conference of his presidency, Mr Biden said it is his "expectation" that he will run for a second term.

He added: "I'm a great respecter of fate. I've never been able to plan four and a half, three and a half years ahead for certain.

"I set a goal that's in front of me to get things done for the people I care most about, which are hardworking decent American people."

Neymar on 2:1 with Lyon: It's hard to win back, you need to run twice as much. PSG sacrificed themselves
Lineker on Noble's exit on a penalty kick: An incomprehensible decision. The same thing happened with England at the Euro
Kier suffered a muscle injury. He was replaced in the match with Juve in the 1st half
Manchester United, losing in the course of the Premier League matches, has scored 35 points since the beginning of last season. Liverpool has 20 points
Messi started poorly at PSG: 0 goals and 0 assists in 3 matches. It seems that the replacement in the game with Lyon offended him
Pochettino on replacing Messi: You may like it, or you may not like it. The coach makes decisions
Ancelotti on 2:1 with Valencia: We won not because of the quality, but because of the indomitable spirit of the team

Aldi trialing store with no tills

Emmy Moments: Not the Pandemmys — but hardly normal, either

UN to world leaders: To curtail warming, you must do more

ADVERTORIAL: Play the next jackpot online - 20 tickets for only £2*

Two votes and coalition talks: How the German election works

SSE says ‘there has been no decision’ to split up business

City centre crash, tributes to man, 23, killed and disgust at house of horrors

Having a spider in your car could cost you £2,500 or see you banned

Woman, 69, raped in park as cops hunt for witnesses after man charged with attack

‘I feel in good nick’: Danni Wyatt eager to make England’s middle-order role her own

Graeme McDowell: ‘The Ryder Cup is like the back nine at a major times 10’

'I just cry': Dying of hunger in Ethiopia's blockaded Tigray

Mum decides to home teach daughter, 7, so she can learn about climate change

Fearless Jimmy Greaves lived for the power and beauty of goals

Antique's Roadshow guest shocked at value of his dad's multitool

Liane Moriarty: ‘I’m sure my books are probably too white’

Who is Steffie Gregg and why did Leon Bailey and Raheem Sterling both reveal shirts with her name on after scoring?

One month in Kabul under Taliban rule– a photo essay

Paul Pogba offers Manchester United both a solution and a problem

London Film Festival 2021: From Spencer to Titane, the 12 best films at this year’s event

What is the world long drive championships and when is Bryson DeChambeau competing?

Emmys 2021: Winners list in full, from The Crown to Mare of Easttown

The criminals jailed in Greater Manchester over the past week

Doctors to send robots in to assess patients in care homes

The Latest: New Zealand’s largest city to remain locked down