Journalistic parlour game question: what are the most significant news stories of the past decade? Few would argue with the pandemic and Brexit. Not far behind, perhaps, is the Jimmy Savile scandal.

Not many stories change our world. This one did. It transformed how we deal with allegations of sexual assault. We reassessed our attitude to celebrity. We saw more clearly than ever how morally corrupt institutions could be. It was the harbinger of the #MeToo movement.

You can expect more editorial navel-gazing in the coming months because in October it will be 10 years since the death of one of the most prolific rapists this country has known. To mark the occasion, as it were, there are five (at the last count) TV programmes in production – four documentaries and a drama.

I, like many writers, am a Savile obsessive. Mainly through guilt. I couldn’t believe how my generation of journalists had failed to do our job so catastrophically, for so long. So in 2015 I tried to atone by writing the play An Audience With Jimmy Savile. Too little too late, obviously, but I read everything, including Dan Davies’s brilliant In Plain Sight: The Life and Lies of Jimmy Savile, a hagiographic (but equally useful) authorised biography called How’s About That Then? and most revealing of all, Savile’s autobiography, As It Happens. The play was staged despite a Daily Mirror petition calling for it to be banned. A review called it “the trial he never had” – which was the point.

A decade on, most people know the basic facts. How Savile assaulted an estimated 450 women and children. How he groomed a royal flush of institutions: the BBC, the NHS, the Catholic church, the police, the government – in the shape of Mrs Thatcher – and the monarchy. (The Prince of Wales called Savile his “health adviser”).

But it is the details that are most instructive. If you want to know exactly how Savile got away with it, read the 2009 transcript of his interview with two police officers in which the 83-year-old boasts and threatens his way out of trouble.

“I support on a yearly basis, according to the Charity Commission … at least 50 separate charities,” he says, as part of a routine on his philanthropy. And then: “I have, how shall we say, ‘friends’… I take this sort of thing very seriously … and if this process doesn’t disappear for any reason, then my people can book time in the Old Bailey … and if we do, then you two … will finish up at the Old Bailey as witnesses … but nobody ever seems to want to go that far … because of the prospect of me on the other side of the court.” 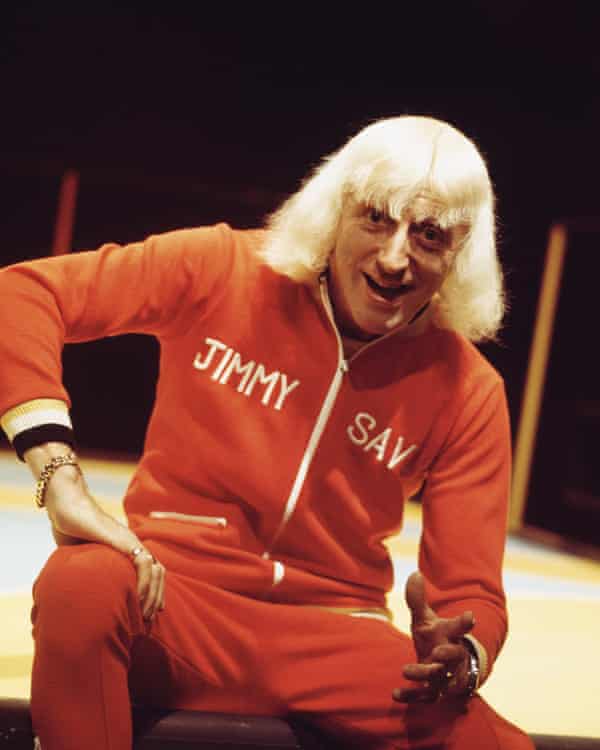 It will be fascinating to see if this scene features in the forthcoming BBC film about Savile. For me, there was no moral justification for dramatising the story without it. A documentary can take you so far but you only fully grasp his power, ruthlessness and ability to intimidate by bringing that interview to dramatic life.

Equally fascinating will be whether the BBC film bites the hand that feeds it. Of all the Great British institutions Savile conned, the BBC was the most culpable. Our publicly funded national broadcaster didn’t just create The Performer Known As Jimmy Savile, it enabled him. Tacitly encouraged him, even. This is what the then director general, Tony Hall, said after the publication in 2016 of Dame Janet Smith’s inquiry report, on which work began in 2012, having read the testimony of survivors: “This [their devastation] hit me, because it made it so very clear we did that. We, the BBC, did that. Jimmy Savile committed many crimes in many places. But, uniquely, it was the BBC that made him famous. We made him a VIP.”

The most important question, however, is whether things have changed since the scandal was discovered by Newsnight’s Meirion Jones and the late Liz MacKean in the weeks after Savile’s death. Discovered but not reported, note: BBC executives, remember, kiboshed the story in favour of a fawning tribute programme.

Our treatment of whistleblowers, if the BBC’s actions are anything to go by, could still improve. Soon after the scandal, Jones and MacKean were effectively forced out of the BBC. So it promised to do better. Employees airing dirty laundry would be treated sympathetically. But when the chance came to exonerate another whistleblower, Matt Weissler, the graphic artist caught up in the Martin Bashir scandal, not much seemed to have changed. Last year, when it became clear just how badly Weissler had been treated, the BBC was woefully slow to act. Indeed, had it not been shamed into action by Earl Spencer and the Mail, Weissler would still be waiting for his apology.

Some lessons have been learned. Before Savile, many survivors were frightened to come forward, assuming they wouldn’t be believed or that the process would be too traumatic. But after Savile a new policy was announced: henceforth, allegations of sexual assault would be deemed “credible and true”. This caused different problems though, typified by the Carl Beech scandal, where a fantasist was too readily believed and reputations unjustifiably ruined.

But the next incarnation of the policy – that allegations would be taken seriously and listened to – was a vast improvement on the bad old pre-Savile days. It is also clear that the shattering and deeply important conclusions of last week’s Lambeth council child abuse report were, in part, made possible by the scandal: Lambeth survivors talked about being emboldened by coverage of the Savile affair and the fact that they were – finally – being listened to.

I couldn't see any harm in talking to him … because he was Jimmy Savile. And of course, I was star struck

But deep structural problems remain. In the year to March 2020, nearly 60,000 cases of rape were recorded in England and Wales. But there were just 2,102 prosecutions: a drop of 30% on the previous year. And the rich, famous and powerful are still getting away with it. Exhibit A: Bill Cosby, sent to prison for sexual assault, but whose conviction was recently overturned on a technicality. He is now a free man.

The journalism is better though. Before Savile, one suspects recent allegations about powerful showbiz types would never have been reported. Most important of all, survivors now feel able to talk freely. One of the forthcoming programmes is a remarkable full-length feature documentary, which I advised on, called Jimmy Savile: The People Who Knew. It features heartbreaking testimony from a gentle, broken woman called Dawn, giving her first interview.

She was assaulted by Savile on a train as a teenager but was too scared to tell anyone. She emigrated to escape the memories and had two failed marriages. This is what she says: “I got on the train at Gray’s station … on one of those carriage compartments, like the Harry Potter train. And there was a man in the carriage and he started talking to me, and he looked at me and he said, do you know who I am? And I looked, it was Jimmy Savile. 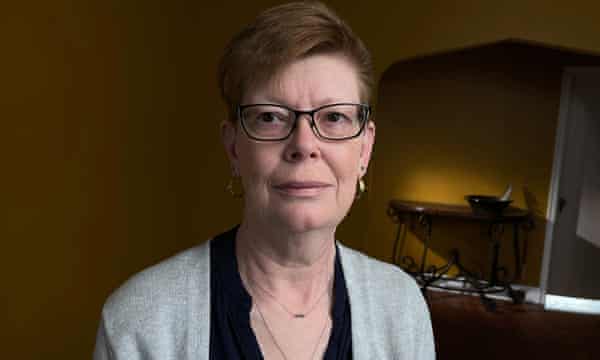 Jimmy Savile: The People Who Knew features testimony from Dawn, who was assaulted by Savile on a train, aged 17. Photograph: Shearwater Media/Discovery+

“He wanted to know how old I was and where I lived and stuff like that. I couldn’t see any harm in talking to him … because he was Jimmy Savile, you know? And of course, I was starstruck, you know, like there was Top of the Pops, and he was on Radio 1, and there was Jim’ll Fix It, all those things I’d grown up with.

“He’d obviously been playing with himself, on the train … I was numb … confused, I didn’t fully understand what was happening. I was 17 years old, I’d never had … anything like that before.

“It felt … like he took a part of that virginity, that pureness … he robbed me of that, And, I think … that’s why I’ve had two failed marriages because it never felt right. I never told my parents. I would have got the third degree.

“I just wasn’t happy. I saw an advertisement which said ‘Nannies wanted in Canada’, and applied. Six weeks later I was in Calgary. It was hard to leave. I was running away. I freely admit that. I ran away.”