COUNTING On star Jill Duggar improvised a 5th birthday party for her son Israel, while maintaining social distancing, on Monday.

The 28-year-old reality television star tried to make the day as happy as possible, but her mom Michelle was heartbreakingly left outside peering through a window, as she kept away during the coronavirus pandemic.

Jill's husband, Derrick Dillard, shared images of the tot's birthday celebrations, which he acknowledged was an attempt to make it as positive as possible.

He captioned: "Happy 5th birthday Israel! 🥳 Although the current state with Coronavirus has changed our plans, we are counting our blessings and trying to make lemonad from lemons..." (sic)

The 31-year-old, who has openly shaded family patriarch Jim Bob, continued to explain their preparations for the milestone.

"We decorated the house after the boys went to bed last night and they were so excited this morning. We did a special birthday breakfast and are planning a drive this afternoon to say hey to friends from our car before we make our way to my mom and stepdad’s for a simple celebration in their front yard (keeping our distance)!"

"He continued: "Who knows, it may turn into a bear hunt around their neighborhood looking for stuffed bears in neighbors windows."

The accountant added that the youngster was taking it all in his stride.

"Israel has loved getting to spread out his birthday over several days since gifts have been coming in the mail from family during #socialdistancing and is being a great sport about the non-traditional celebration. We’re so blessed to still be able to show him how special he is. We love you Israel," he concluded.

Jim Bob was conspicuously absent from the celebration, with Michelle attending solo. 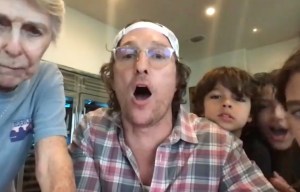 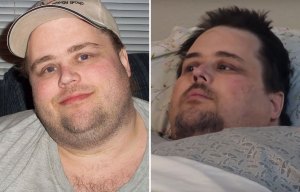 ‘NO LONGER IN PAIN' 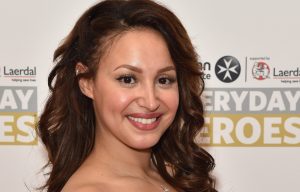 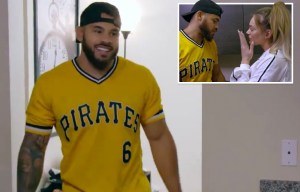 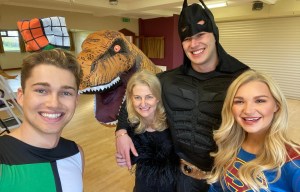 Derick was at odds with his in-laws after it he claimed Jim Bob was the only individual under contract for the family's hit reality show, Counting On.

He previously insinuated Jim Bob was the one who did all of the negotiating with TLC, and accused the reality star dad of keeping money the family earned from the series without sharing it out.

Derick also told fans in December 2019 he and Jill were not allowed over at Jim Bob’s house without explicit permission.

Alexey Sorokin on Russia's desire to host the Champions League playoffs: We would have done everything in the best possible way, but I don't know anything
Yuran can leave Khimki, Kalinichenko and Filimonov-enter the coaching staff, Zinin-become a sports Director
Manchester United denied that Lingard had discussed a move to Milan with Smalling and young
Bayern will not sell Alaba this summer, Tiago can leave for 60-80 million euros
Sky Sports will pay the Premier League clubs all the money for broadcasts in this and next seasons. The deduction of 170 million pounds was moved to the season-21/22
Havertz does not want to move to Bayern this summer. He chooses between Real Madrid, Liverpool, Manchester City, Manchester United and Chelsea
Atalanta bought Pashalic from Chelsea for 15 million euros (Nikolo Skira)
Source https://www.thesun.co.uk/tvandshowbiz/11342840/jill-duggars-son-birthday-jim-bob-nowhere/

WHO to resume hydroxychloroquine trial after earlier halt over safety concerns