JESSICA Plummer worried fans when footage emerged of her engaged in a “screaming match” with the father of her daughter Jaz Hutchins.

The argument kicked off as the childhood sweethearts walked up Streatham Hill in South London in September, leaving onlookers shocked.

But the EastEnders star insists that the fight shouldn’t be a cause for concern.

Speaking to Fabulous Magazine, she says: “I think I need to be conscious of the fact people will be more invested in things I do and say which shouldn’t necessarily be public…

“But at the same time I am a human being just like everybody else and I’m not going to allow the very human things I do to make me question who I am as an individual.

“Other people’s opinion of me is none of my business and that’s the mentality I’ve adopted.

“I accept that more people will now have an opinion of me. If they think I’m great, fantastic; if they think I’m not, it’s none of my business. There’s nothing I can do about it.”

Jessica has been a single mum since splitting from fellow actor and teen sweetheart Jaz Hutchins last year, but the two of them co-parent Noa and try to keep things 50/50.

“Noa’s dad and I have been in each other’s lives for such a long time” she says.

“Yes, I am single right now, but I will always love him, he will always be my family and we fully share responsibility for Noa.

“It is very equal, with both of our jobs things are so up in the air, but he is a wonderful dad and I don’t have a bad word to say about him as a parent.

“Who knows what the future holds for us? But at the same time I’m really enjoying the freedom of single life and not having to answer to anybody. I’ve had too many headaches from too many boys in my life!”

Discovering she was pregnant with Noa at the age of 23 (while on the set of CBBC sci-fi drama Wizards Vs Aliens) came as a shock, not least because Jessica had been diagnosed with polycystic ovary syndrome (PCOS) the previous year and was under the impression that she was unlikely to conceive naturally.

“I always thought I’d struggle to have children. My periods had stopped and I was experiencing all these weird symptoms, so I went to the doctor who did the scan and told me I had PCOS. I was told there was nothing really that could be done, given a leaflet and sent on my way.

“I had to Google it and thought I wouldn’t be able to have kids. I’ve since found out that lots of women with PCOS do go on to have kids.”

She adds: “It’s not always been easy, but I feel like there is no ‘right’ time to have children.

I’ve had too many headaches from too many boys in my life!

“There were definitely times where, after she was born, I missed having the freedom to get up and go.

“Even now having a four year old does dictate which jobs I can consider, but I wouldn’t change anything. She adds so much more to my life, just being here.

"You just make it work and her dad is really supportive as are my parents and his parents.” 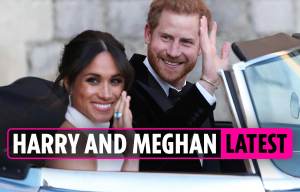 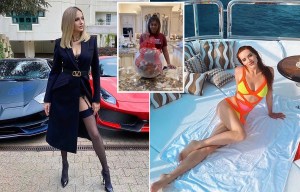 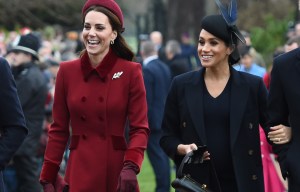 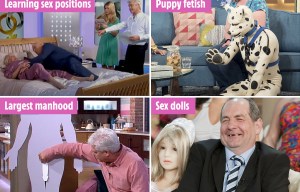 This Morning's sauciest moments relived, from sex dolls to 81yo cougars 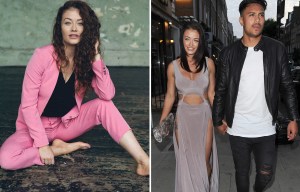 I was suicidal when my hubby cheated but I’m stronger now, says Jess Impiazzi 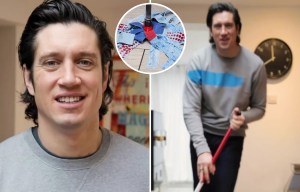 In other celeb news, Vernon Kay has shared his mop-cleaning hack at the request at I'm a Celeb viewers.

And we showed you inside Kim Cattrell and Sarah Jessica Parker's decade long feud.

Plus Billie Faiers is no longer speaking to her neighbours after being denied planning permission.