"We’re not even allowed to talk to each other... as “the protection order is still in place."

Because of the pandemic she said changing this mandate will have to wait until their next court date, and that she added has "been put off."

Ronnie is currently prevented from seeing Ariana after he was accused of assaulting Jenn.

In February Ronnie's lawyer said in court he was attending domestic violence/batterer classes.

Jenn's lawyer, Lisa Bloom told The Sun in response: "We are hoping that he takes those classes seriously and eventually gets to the point where MONITORED visitation with his child is safe."

However what's not likely to change is Jenn's negative feelings for the reality show, Jersey Shore.

She told In Touch: "I wish it was never part of our lives.”

“It completely ruined our family, ruined the person I was in love with.”

Since having Ariana in 2018, Jenn has become a licensed real estate agent and recently joined a firm in Las Vegas.

But being a working single mom is challenging she admitted to In Touch: “With her being 2 years old, I don’t trust a lot of people watching my daughter, and so it’s like I’ve had to put my career and my jobs or anything I have to do on the back-burner just because I’m with her.

“It’s hard to find anybody to watch her.” 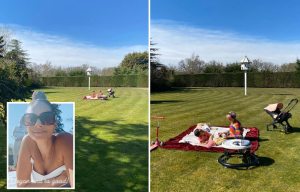 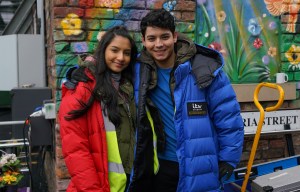 Still Jenn says she loves watch her daughter grow: “She is potty-training.

"She’s almost potty-trained. She can say almost anything I think at this point. She’s talking so much.”

She added: “She’s just becoming her own little person. Her personality’s blooming and she’s a funny little girl. She’s such a girly girl. She loves to dress up.

"She has to wear like a tutu or any kind of dress like every single day. She’s so girly.”

Agent Jorginho: Two non-Italian top clubs contacted me
Atalanta defender Castan is of Interest to Tottenham, Leicester and West ham
Captain Valeika was born in Moscow. Russian Russian mother, father-conductor, performed with Celine Dion and still supports Spartak
Scott Makemine: Looking cuts with Zidane, Vieira, Keane. Amazing box-to-box
Jessie Lingard: Last season, I didn't force myself or set goals. It's like a new start
Fjortoft about Werner: Timo is the best talent in Europe. If Liverpool want him, he will be there
The Union was suspended from matches the forward Poltera. The player did not want to take a pay cut
Source https://www.thesun.co.uk/tvandshowbiz/11350629/jersey-shore-ronnie-ortiz-magros-jenn-harley-ariana/