The Labour leader was humiliated at his party conference after party big beasts declared war on his “Brexit fudge” and demanded they back Remain.

Emily Thornberry warned Labour will be hammered in the election unless they stop sitting on the fence.

And Labour London mayor Sadiq Khan savaged Mr Corbyn’s lack of leadership as he warned that staying neutral “is not an option”.

Meanwhile, a fierce row erupted over what Brexit position will be debated by activists on the party conference floor today.

And Jeremy Corbyn was sent reeling by the shock resignation of a key hard left aide – after a botched bid to take out deputy leader Tom Watson.

Gleeful Tories compared Labour’s bungling mismanagement of the crisis to “the mess the Soviets got into over Chernobyl.”

One said: “Our biggest problem Is we need Corbyn to stick around - he's so woeful it’s great.”

The explosive in-fighting erupted on a torrid day for Labour which saw:

After a couple of months of fragile peace, Labour’s bitter civil war reignited just as their party conference kicked off in Brighton.

But he refused nine times to say if he would back it and leave – or campaign to stay in Brussels.

Instead, he drew up a massively controversial plan to delay Labour picking a side on Brexit until “after Labour have won an election”.

The simple truth is, whatever anyone says, that Labour is a Remain party

He told the BBC: “We will put both views and say look, this is the best deal we can get. This is the Remain and hopefully reform option.”

But he was fiercely attacked by a string of shadow cabinet ministers who demanded Labour comes out full force for Remain.

Mr Watson – who survived an aborted attempt to oust him as deputy party leader after he defied Mr Corbyn on Brexit – came out swinging.

To applause, he told a Remainer rally: “The simple truth is, whatever anyone says, that Labour is a Remain party.”

And in a swipe at Momentum boss Jon Lansman for trying to oust him, he said: “Apparently, the reason Jon Lansman tried to abolish me is because of my support for Remain.

Ms Thornberry also piled in, warning the party could haemorrhage a third of their votes to the Greens and Lib Dems.

She compared Labour’s crisis to the famous scene in Star Wars where heroes are being squeezed from both sides by the trash compactor.

She said: "I keep running through lots of films where you get the hero standing in the middle and the walls are coming in..it's been in Star Wars where they're in the crusher.

"And the answer is not to just stand there and go 'oh, well, I'm right'. The answer is to get out of there.

"And that's kind of where we are with these two sides pushing us and pushing our vote."

She blasted critics who accused her of disloyalty, saying Labour risks being trounced in a general election if they fail to come up with a position on Brexit.

And she said Labour must “lead the campaign to remain.”

In a blistering attack on the leadership, Mr Khan told a fringe event activists should not accept another “Brexit fudge”.

He stormed: “Labour is a Remain party and we need to make this official by making it our policy to campaign to stay in the European Union under all circumstances - and to whip all our MPs to back that position.

“Staying neutral in the face of the biggest economic and social threat to our country for decades is simply not an option.”

But Mr McCluskey, a close ally of Mr Corbyn and boss of Unite, blasted Labour frontbenchers for being disloyal to the Labour leader.

In a furious tirade, he told Sky’s Sophy Ridge on Sunday: “Everybody needs to be singing from the same hymn sheet.

“Now if the leadership team, the Cabinet, the Shadow Cabinet soon to be the Cabinet, find that difficult then yes, they should step aside.”

And the ferocious Brexit row looks set to dominate Labour conference again today as the leadership clash with Remainer activists over their position.

The level of chaos is beginning to resemble Chernobyl

The Corbyn-controlled ruling NEC last night controversially agreed a statement to delay picking a side in the Brexit debate until after a general election.

But anti Brexit activists last night vowed to “fight to the death” to force conference to vote on becoming an all-out Remain backing party.

They were meeting late into the night to whittle down the nearly 100 different Brexit motions to one or two versions to be voted on today.

One Labour insider at the meeting told The Sun: “A few days ago we might have compromised with Corbyn, but we are furious. He has run roughshod over party democracy by ramming through is NEC statement.

“We are going to go hell for leather for a Remain position now.”

Another Labour source told The Sun: “It is going to be a bloodbath on the conference floor tomorrow.” 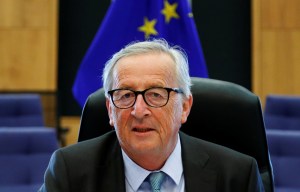 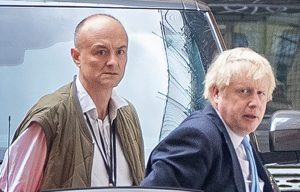 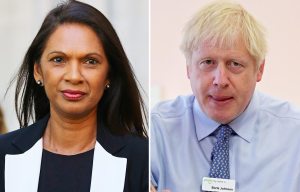 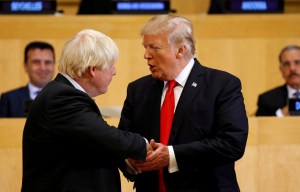 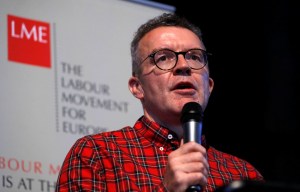 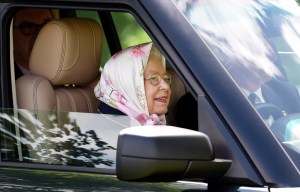 He told The Sun: "The chaos, confusion and complete denial begins to resemble what happens in totalitarian regimes when they get found out.

"Everybody remembers the mess the Soviets got into over Chernobyl.

“The level of chaos is beginning to resemble Chernobyl."

Frustrated Andrew Marr asks Jeremy Corbyn ‘Why can’t you tell us?’ as Labour leader avoids saying whether he’d campaign for a Brexit deal if the EU gave him one

Milan is Interested in Edegor (Sport Mediaset)
Fiorentina is Interested in Napoli defender Gulyam
Presenting the trophy in the era of coronavirus: the medals and Cup are taken by themselves, stand in circles to observe the distance – and then still hug
Tiago is leaning towards extending his contract with Bayern
Allegri confirmed that he will train abroad. The President of Cagliari about the ex-coach of Juve
In England, sports events are allowed without spectators from Monday. The NPL is scheduled to resume on June 17
Atletico have informed Gremio that they will withdraw midfielder Caio Enrique from the loan, reports As
Source https://www.thesun.co.uk/news/brexit/9982517/jeremy-corbyn-labour-mutiny-brexit/

Groups of six can exercise together from Monday

The longer lockdown continues, the more everything is starting to break