JENNIFER Aniston has blasted Kanye West's presidential campaign, telling voters it's "not funny" to vote for the troubled rapper.

The Friends star urged people to vote after her casting her ballot for Joe Biden in the upcoming election – but Jen said people shouldn't encourage Kanye's bizarre bid for the Oval Office.

⚠️ Follow for the latest Kanye West news and updates

"It’s not funny to vote for Kanye," the actress wrote at the end of her lengthy post. "I don’t know how else to say it. Please be responsible."

"This whole thing isn’t about one candidate or one single issue, it’s about the future of this country and of the world," she concluded. "Vote for equal human rights, for love, and for decency."

Kanye, 43, revealed he was running for president on the Fourth of July and held his first chaotic campaign event in North Charleston, South Carolina.

During the July 19 event, Kanye declared that anti-slavery activist Harriet Tubman "didn't free the slaves" and just "had them go work for other white people."

He also put his marriage to Kim Kardashian under strain by going on a rant about abortion, saying they "almost killed my daughter" North West, 7.

"My screen went black and white. And God said, 'if you f*** with my vision, I'm going to f*** with yours,'" Kanye sobbed. "And I called my girlfriend and said we're going to have this child.

"Even if my wife were to divorce me after this speech, she brought North into this world, when I did not want to."

The troubled rapper has since shaded Kim and her concerned family by saying "weak controlling people" tried to stop him from running for president.

Earlier this month, Kanye, 43, took to Twitter yesterday to report on his presidency progress by sharing videos of people writing his name in ballots.

He also shared a poll that showed he was allegedly on the same level of votes as Biden and President Donald Trump.

A local journalist later revealed those results were not valid.

The rapper wrote: "PEOPLE TRIED TO TALK ME OUT OF RUNNING FOR PRESIDENT…

Kim, 39, has expressed her disapproval of him running and “lost her s**t when she heard him discuss their decision to not get an abortion with North."

Speaking about his first campaign event, an insider told The Sun: "Kim wants Kanye to drop out of this race now and she told him if he does not she may drop him!

“Her and her sisters were horrified, first of all, to see Kanye interacting indoors with people without a mask on and that alone was enough to make her freak the f**k out.

“Kris told Kanye that he must quarantine for two weeks now before he can see her or the kids.

“He was not social distancing and he was not wearing a mask. There were clearly a lot of people around as well."

The Keeping Up With The Kardashians star wants to keep her marriage and family together – but Kim doesn't know how much more she can take.

A source told The Sun: “Kanye’s friends and family are concerned about him. They have seen this erratic behavior before and ultimately fear a breakdown. 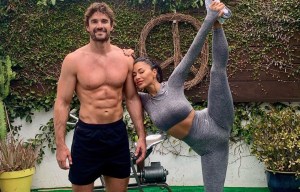 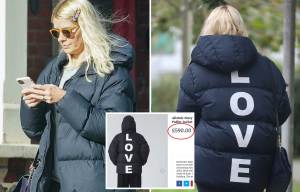 "They can only describe Kanye’s current situation as a ticking time bomb.

“This is very difficult for Kim. In addition to worrying endlessly about Kanye she has to deal with the constant public embarrassment of him making claims what’s left of her private life.”

Jennifer's warning to voters comes after Kanye claimed he tried to divorce Kim "for years," called her mom Kris Jenner a "white supremacist," and peed on his Grammy awards.

Neymar on reuniting with Messi: next year we have to do it
Scott Micromini: I hope Manchester United will win Leipzig and away
Lampard on whether Giroud will start in the Premier League: we'll See. Forward scored 4 goals for Sevilla
Lucescu after 0:3 with Juve: Dynamo is learning, getting experience and should go to the eurovesna
You can't be half-pregnant and half-make the playoffs. Tuchel on PSG's chances in the Champions League
Barcelona first ever Champions League penalty kick in 5 consecutive rounds
Almost pregnant doesn't mean pregnant. This is Tuchel's metaphor about PSG's chances for the Champions League play-offs: we explain their alignment with Manchester United and RB
Source https://www.thesun.co.uk/tvandshowbiz/13010403/jennifer-aniston-slams-kanye-west-bizarre-presidential-campaign/