JAKE Quickenden has revealed that sick trolls accused him of naming his newborn son after his late brother "for attention".

The 32-year-old star appeared on Lorraine this morning alongside baby Leo Oliver, girlfriend Sophie Church, and her older son Freddie.

The Sun exclusively revealed on Friday [26 February] that the pair had welcomed a little boy.

However, it didn't take long for the abuse to start - with Jake revealing that vile trolls had messaged him to say that they hope his son DIES just one day later.

He shared: "Oliver was my best mate and I will always go on about him as the more I talk about Oliver the memory lives on, and that's what we wanted to do with Leo.

"I feel a lot of people, when they have a child, they name them after their grandparents or parents that they might have lost and I just think that's a natural thing to do.

"But these trolls thought that it was me trying to get attention and all this stuff."

Jake continued: "I think I give trolls too much of a spotlight and I am just going to try and stop doing that now, I don't understand why someone would hate on not only a newborn baby but also someone they've never met.

"It just doesn't make any sense to me, so it is really upsetting but we've tried to not let it tarnish the moment as I've not stopped smiling - my face is killing me!"

Jake's brother Ollie died of cancer at the age of 19 - four years after their dad Paul lost his own battle to a freak case of non-familial bone cancer.

Last year, the star took part in The Full Monty On Ice in honour of his lost loved ones, and viewers were moved to tears as he broke down on the show.

He said at the time: "Cancer's been devastating for me and my family, it's ripped my whole family apart.

"It's taken my favourite people away from me. When I was 15 my dad got told that he had cancer in the bone marrow, they told him straight away that he was terminal.

"Dad, to me, was a superhero… I didn't want to see him seven stone in a wheelchair.

"Ollie, at 16, got a tumour on his knee… He didn't want to be a burden, he didn't want anyone to worry about him."

Becoming more upset, Jake cried as he recalled: "Obviously he's my younger brother, I'm like: 'You're not a burden on anyone'.

"He's my younger brother, I should have been protecting him, I couldn't protect him." 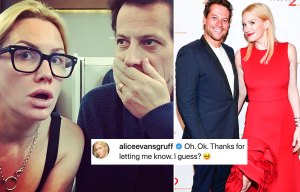 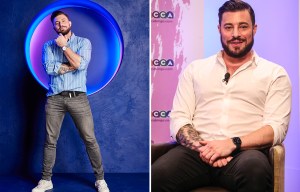 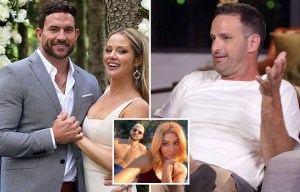 The star continued: "Ollie was funny, charismatic, honestly just the most loving, caring lad - he was a legend.

Jake is determined not to let cruel trolls ruin fatherhood for him, and has been proudly documenting life with baby Leo on social media.

He and Sophie will also feature on new MTV reality series Celebrity Bumps: Famous And Pregnant.

Klopp on Super League: My opinion hasn't changed. The coach opposed its creation
Leeds players came out for a warm-up before Liverpool in T-shirts with the logo Champions League and the words Achieve it
Neville on Arsenal and Tottenham in Super League: I'd rather watch the San Marino champions. Ridicule
Juventus, Inter and AC Milan have stated that they want to play in Serie A despite joining the Super League
Bayern and Borussia will have 30 days to accept an invitation to the Super League. PSG - 14
Member of the UEFA Executive Committee on the Super League: All 12 clubs need to be kicked out. Players will have the right to terminate their contracts and become free agents
Coach of the Norwegian national team about the Super League: Juventus were knocked out of the Champions League by Lyon, Porto and Ajax, Arsenal and Tottenham are not in the top 30. What the hell are they doing in this tournament?