JAKE PAUL claims he would ‘kick Conor McGregor’s a***’ in the boxing ring - but admitted he is terrified of Mike Tyson.

YouTube sensation Paul returns to the ring this weekend with a fight against ex-NBA star Nate Robinson.

McGregor is making his UFC return in January and Paul is adamant he has the beating of the Irish fighter.

Paul told BT Sport Boxing: "These MMA guys go to practice every day and have to spend their whole day on one thing - elbows, knees, grappling, take downs so there's a lot they have to work on.

"But I've been going into the gym for the past three years and all I've been focusing on is boxing, so come over into my arena and you're going to get your a** beat.

"Jake Paul vs Conor McGregor will happen. People think that's crazy and Jake's going to get his a** kicked but we'll see."

Tyson makes his long-awaited comeback on Saturday in an exhibition bout against Roy Jones Jr in Los Angeles but Paul is steering clear of challenging the infamous heavyweight to a fight.

Paul expects Iron Mike to be too powerful for his opponent although claims Jones Jr's best chance is to prolong the fight.

Paul said: "I think Mike is so powerful and that power is just going to shock Roy especially with them being a lot older. 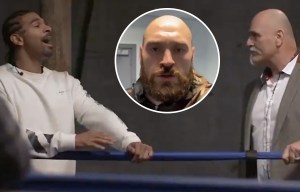 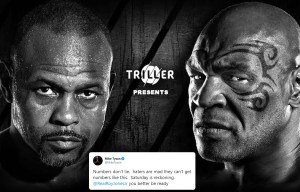 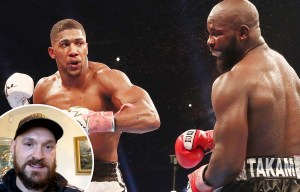 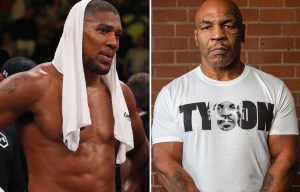 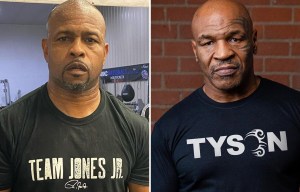 "You can't take as many punches like that. I think Mike wins in the second round.

"If it goes into the later rounds Roy could potentially come back and win on points just because he has that speed and that distance control."

Paul is facing Robinson with the former NBA star making his boxing debut on the undercard of Tyson's fight.

Exclusive: Jake Paul says he would 'beat Conor McGregor's a**' ahead of appearance on Tyson vs Jones Jr undercard

To beat Real Madrid and Barca in three days is an atrocity. Athletic Director about the Spanish Super Cup
Poland coach of Bzenec left his post
Carlos Tevez: I won't stop playing for my family. It was important to win the Maradona Cup
Borussia Gladbach will sign Kone to a contract until 2026. The midfielder will finish the season in Toulouse
Leonardo: I don't think Tuchel's resignation was a surprise. PSG simply anticipated the events
Milan will announce the signing of Mandzukic and Tomori this week
Leonardo on Messi at PSG: We are not at the negotiating table, but the chair is reserved. Such a player is always on our lists
Source https://www.thesun.co.uk/sport/13299222/jake-paul-conor-mcgregor-mike-tyson/

Lorry driver airlifted to hospital after serious crash on A75

Inside the forgotten pub beneath Manchester Victoria Station

US Capitol evacuated during inauguration rehearsal as smoke seen rising nearby

Medical agent that 'could slow ageing' is found in science breakthrough

The alarming number of people cheating this Veganuary

When film stars attack: Russell Crowe's reaction to criticism could set a trend