A New Zealand pub, known for its lifesize puppets of New Zealand politicians, has unveiled one of Jacinda Ardern, who called it “a cross between some kind of celestial being and something from Game of Thrones”.

The Backbencher pub, opposite the parliament house in Wellington, has been creating politician puppets for 30 years, and on Tuesday night unveiled its second puppet of the prime minister.

Ardern was seen holding her hand over her mouth when the puppet was unveiled. “I’m often asked what the most unusual thing I’m asked to do as prime minister is. Unveiling a puppet in your likeness is right up there,” she said.

The grinning figure displayed in the dining room of the pub wears a chain mail dress and holds a sceptre, a change from her first caricature as a DJ in 2018. 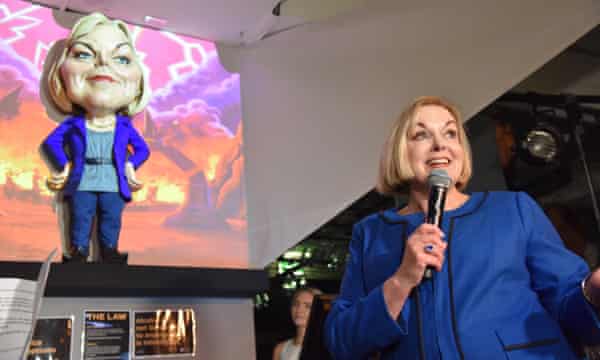 Collins tweeted she was “very happy” with her puppet while Seymour said his was “not entirely unflattering”.

Swarbrick was depicted as Katniss from The Hunger Games, holding a bow and arrow in front of climate protesters, which she found “very kind”. While the drug reform advocate said “the bow and arrow was quite different to the bong I was expecting” she did have a marijuana leaf badge on her vegan leather jacket.

Visitors to the pub can also enjoy political-themed dishes such as “Ardern’s fresh fish” or “Robertson’s scotch fillet”, named after the deputy prime minister, Grant Robertson.

Roberto Carlos on Messi: He really needed the America's Cup - a title, a trophy. I am happy for my friend and colleague
Former Man City and Monaco striker Jovetic has moved to Hertha
Allegri on Real Madrid's Interest: I thank Perez, but I chose Juve because of my love for the club
Koeman likes Bayern defender Hernandez. Barcelona considers the transfer impossible
Former Liverpool defender Sako has moved to Montpellier
Gary Lineker: The Russian Olympic Committee has definitely become the most successful committee in the history of the Olympics
Massimiliano Allegri: Ronaldo is a great champion and a smart guy. I told him that he has more responsibility because the team is young

Italy and Germany among 77 countries ‘under consideration’ for green list