WORRYING news. For the first time in 100 years, life expectancy in the UK has not increased significantly.

And worse — for the poorest of us, it’s actually reduced in some parts of the country.

That’s the headline story from the latest report into how long we live. At the end of the last decade, men could expect to live 79.6 years and women were still well ahead on 83.2.

But in my patch, the North East of England, life expectancy for women has actually fallen a little.

The report comes from a bloke called Sir Michael Marmot. He blames economic inequality and austerity for what he calls the UK’s “lost decade”.

I have no doubt whatsoever that poverty shortens the length of a life. And low wages — especially in the North East — mean that for too long people have been struggling by on very little indeed.

But Sir Michael also has a bit of skin in the game. He has been arguing for decades about social inequality and its effects upon health.

Fair enough. But this has given rise to headlines about evil Tories killing people. The usual stuff.

If you listened to the coverage of his report on the BBC, you’d think Boris Johnson and co were wandering around the country strangling impoverished pensioners as they queue up in food banks. And cackling maniacally.

But is it really quite so simple as that? Is it really all about poverty?

Sir Michael admits that 20 per cent might be attributable to new flu strains which have arrived here as a consequence of increased globalisation.

That’s not all, though. As we keep being told, the country is in the grip of an obesity epidemic.

And the areas where obesity is at its greatest are also those where life expectancy is at its lowest. Being fat isn’t the consequence of poverty. It’s a result primarily of a lack of exercise and, secondly, a poor diet.

Given that the NHS and Government have been banging on about obesity for a decade, might not that have something to do with it, Sir Michael?

Then there’s alcohol. We drink a lot of it. And by and large it’s not terribly good for us. The trend in the past 20 years is that women are catching up with men in their intake. I wonder if that might also have an effect on those life expectancy tables? Again, nothing to do with poverty.

What about women working? Life expectancy for men always lagged behind women — and we were told that this was because men went out to work.

Now that women work too, would we not expect the life expectancies for each sex to draw closer together?

And then this. During the past 20 years we have welcomed more than six million immigrants to the UK. The life expectancy in their home countries is way below that of the average in the UK — 15 years below in the case of Pakistan, for example, and three years in the case of Poland. Many will arrive still with the legacy of poor health treatment in their original countries. That must, surely, affect the statistics.

My argument isn’t that austerity isn’t in there somewhere. Simply that there are a few more factors to take into account before we blame the Tories, once again, for killing people.

I SEE that the leftie broadcaster Jon Snow has been put in quarantine because of possible exposure to the coronavirus.

As a medical expert, I recommend a minimum of five years isolation.

The bloke had just got back from Iran, where the virus has been spreading. The experts have been warning of a possible 500,000 deaths in the UK. We need to remember that is a very-worst-case scenario based upon a lot of “ifs”.

But just to be on the safe side, shouldn’t we be carrying out compulsory checks on all visitors flying in from flu-stricken areas?

Instead of allowing people to “self-report”?

IN the coffee plantations of Guatemala, Central America, kids lug sacks of coffee beans around for eight hours a day.

For this they are paid the princely sum of £5. The coffee is used by posh coffee company Nespresso in its overpriced capsules.

Nespresso’s “brand ambassador” is the liberal luvvie actor George Clooney. He got more than £30million from the company.

How about you give some of that money back to the child labourers, George?

You want to change the world, make it a better place?

Then enable those children to live dignified lives without back-breaking work all day.

A fight we have to win

I’M proud to have signed up to Toby Young’s Free Speech Union, to defend our freedom of speech.

I had to break a pledge of mine to join it.

It’s Lent right now – the season of the year when traditionally you give something up. Well, I’d decided to give up donating to charities for a month or so. But happy to make a very noble exception. Never before in our democratic country has free speech been so under threat.

It’s OK for gobby old tossers like Toby and me – we have a platform to speak. But too often people are hounded from their jobs simply for expressing an opinion. Or barred from speaking at universities in case they upset someone.

Or get a midnight visit from the Old Bill because they happened to like a joke about a transgender person.

The fightback starts here. Later next month I’ll be visiting universities to unveil a Charter for Academic Freedom, drawn up by my political party, the Social Democrats. Nothing is more precious than the freedom to express one’s opinion.

If it offends someone else, my suggestion is: OK, sure, now get over it.

GOOD to see film producer Harvey Weinstein getting his comeuppance.

This loathsome fat perv spent his professional life preying on vulnerable women. He deserves everything he gets.

He was very right-on, was Harvey. Had all the politically correct opinions. Much loved by the Obamas, of course.

Always the way, isn’t it? The more a bloke tells you he’s a liberal and a feminist, the more women should reach for the can of Mace.

I HAD a bowl of Alpen this week, for the first time in 45 years.

My daughter’s just got a hamster and its food reminded me of the cereal I used to eat as a young teen. Came in a black box with a mountain on it. My mum bought it because she thought it looked posh and foreign.

Indeed, I thought it came from Switzerland. It was actually made in Kettering, Northants.

Anyway, I had a bowl of the stuff and couldn’t work out why it wasn’t as nice as I remembered.

But isn’t it also that NOTHING tastes as good as how you remember it? Not Alpen, not Mars bars, not Monster Munch.

And definitely not Heinz Sandwich Spread, which tastes to me these days like paint stripper.

SO, have you found out what your kids are up to online then?

Mums shown the sort of stuff the pre-teens are watching on TikTok looked horrified.

Have to say, the site seems to me to be run as a kind of grooming parlour for the benefit of middle-aged pervs. But it’s not just that. The longer your kids – and especially the girls – spend online, the greater their chances of developing depression and other mental illnesses.

They also end up with a much shorter attention span. Because they spend their days swiping backwards and forwards in a nanosecond.

If we’re to avoid rearing a generation of doolally morons, we need to ration the time they spend online.

It’s down to us parents to do that – not the State and not even the companies who run the godawful sites.

Where have I seen this before?

WAS out walking with the dog this week. Saw this weird thing in the sky.

Kind of a yellowy-orange. Circular. Looked up a few moments later and it was gone. I had this feeling that I’d seen it before – a long, long time ago. But can’t put a name to it.

When will this miserable weather end? 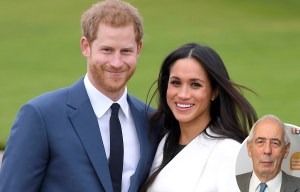 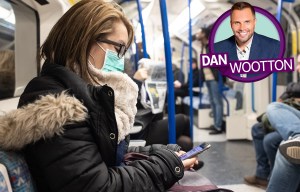 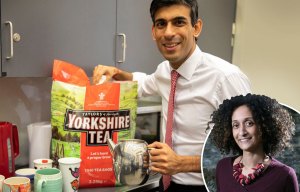 Woke radicals believe in free speech... but only if they agree 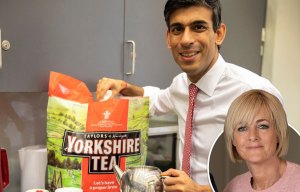 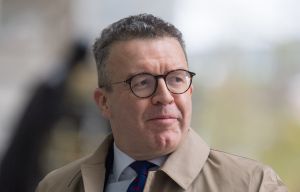 To bee or not to bee

BEES have self-consciousness, according to a new report. That must mean they know that they are bees.

If you knew you were a bee, would you be happy? I’m not sure I would.

One bee told me yesterday: “Bit of a downer, really.

“I’d much rather be a wasp, frankly. At least their arses don’t fall off when they sting someone.”