We never needed The Great British Bake Off more than we do now. This is partly because, in this age of frightening uncertainty, Bake Off’s spirit of good-natured fun feels like a warm tight hug. And also, based on last night’s episode, this year’s series is going to be flat-out barmy.

Because last night’s showstopper was like no other. Last night, the bakers had to pay tribute to their heroes via the medium of cake. Was this because the producers wanted something touching and heartfelt? Or, as I suspect, had they just seen Lionel Richie’s Hello video for the first time and decided to replicate it across 15 minutes of breathtaking television? We may never know. However, the cakes deserve to be remembered … and ranked: 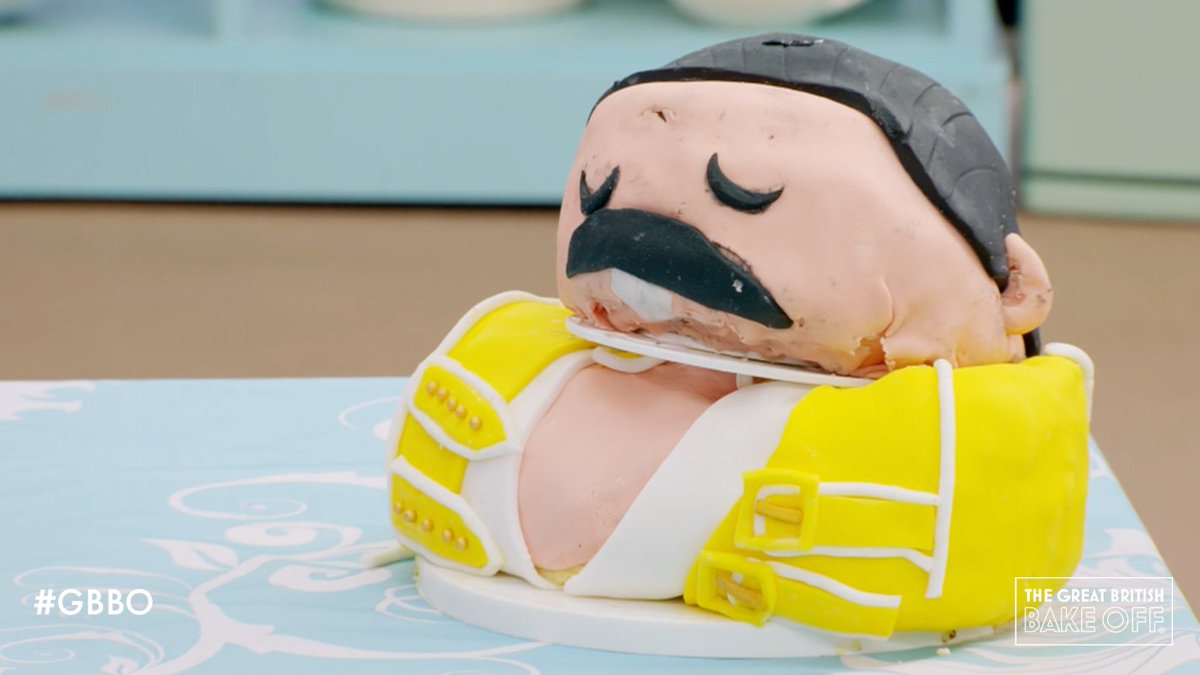 Freddie Mercury’s head exploded… but the Dough Must Go On! #GBBO pic.twitter.com/hlEdJpbxKC 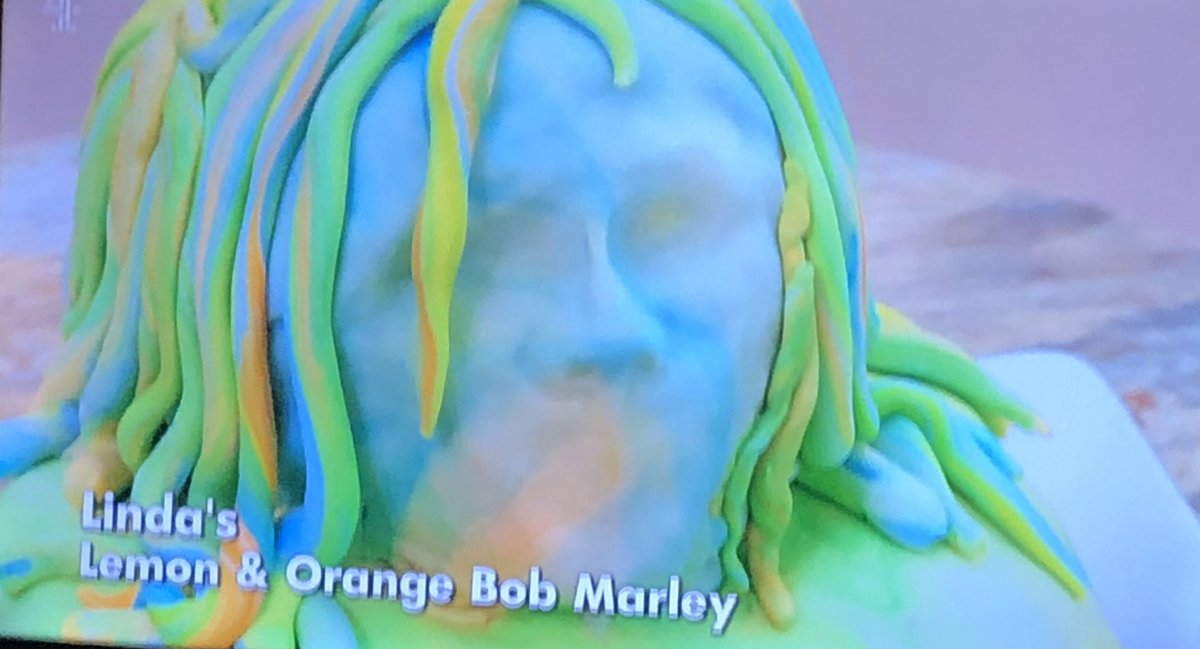 Bob Marley after a visit to cyberdog maybe? #GBBO pic.twitter.com/N7iFDs3xmH

On the plus side, Linda was smart to go deliberately abstract here, shunning the attempted photorealism of her peers for something with a little more artistic licence. On the downside, her cake ended up looking like a Doctor Who baddie from one of those episodes where they realise halfway through production that they don’t have any money. “I’d like to have seen a mouth on it,” said Paul Hollywood, the sex-obsessed deviant. 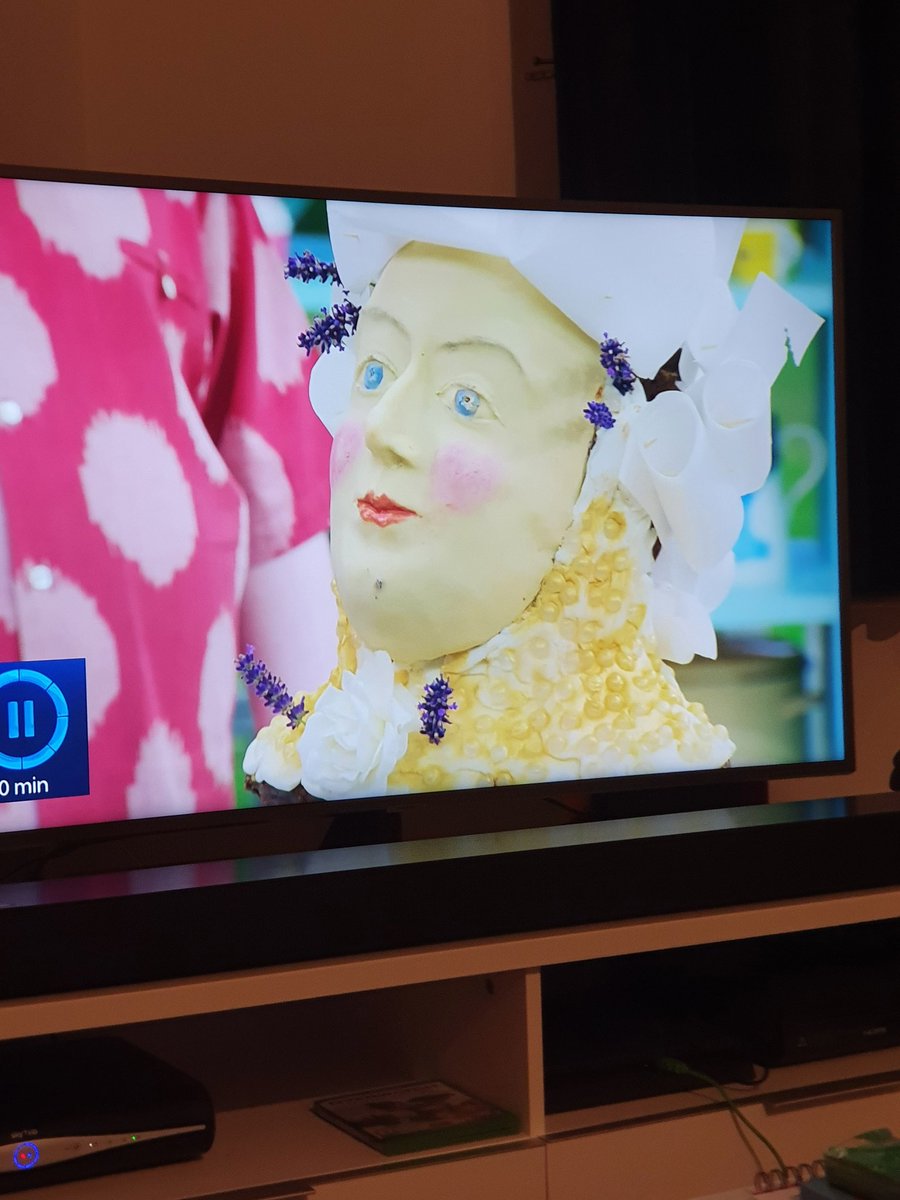 It was very smart of Rowan to pick a historical figure. Nobody can really recall what Marie Antoinette looked like in real life, so he could have made his cake look like anything and the judges would be none the wiser. However, he made the mistake of making it look like a haunted waxwork. “You instantly recognise who it is,” said Paul Hollywood, the absolute liar.

I haven’t checked, but I think this one might be a case of mistaken identity. The Chris Hoy we all know is an Olympic cyclist. However, on the basis of Peter’s cake, I cannot rule out the possibility of there being a second Sir Chris Hoy, who is a sort of limbless robot mutant sex doll. If there is, Peter got this one bang on the money. “Very dramatic,” noted Prue, who appears to be legally prohibited from using the word “crap”. 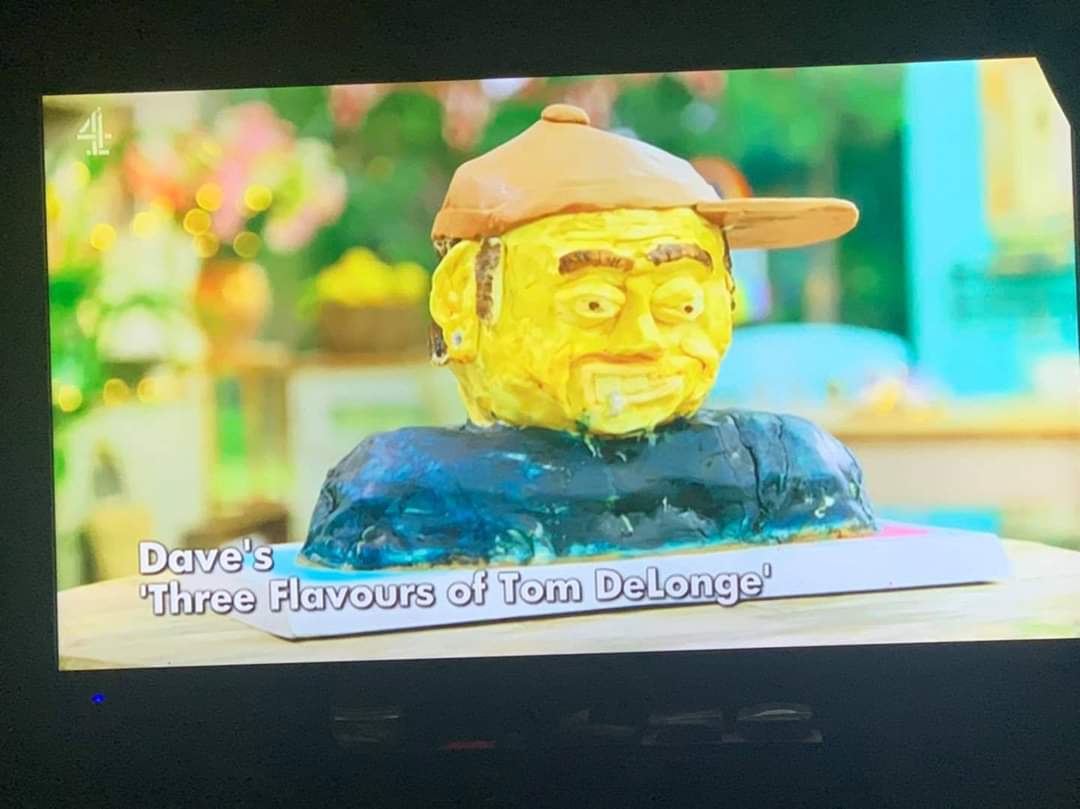 AND IM SO SOGGY pic.twitter.com/OLc0OqE5LW

Dave committed a fatal error here. Had he done the smart thing and told the judges at the last minute that he was actually making a cake of Yoda reenacting Steve Buscemi’s “How do you do, fellow kids” meme, he probably would have won the series there and then. Honestly, it’s uncanny. 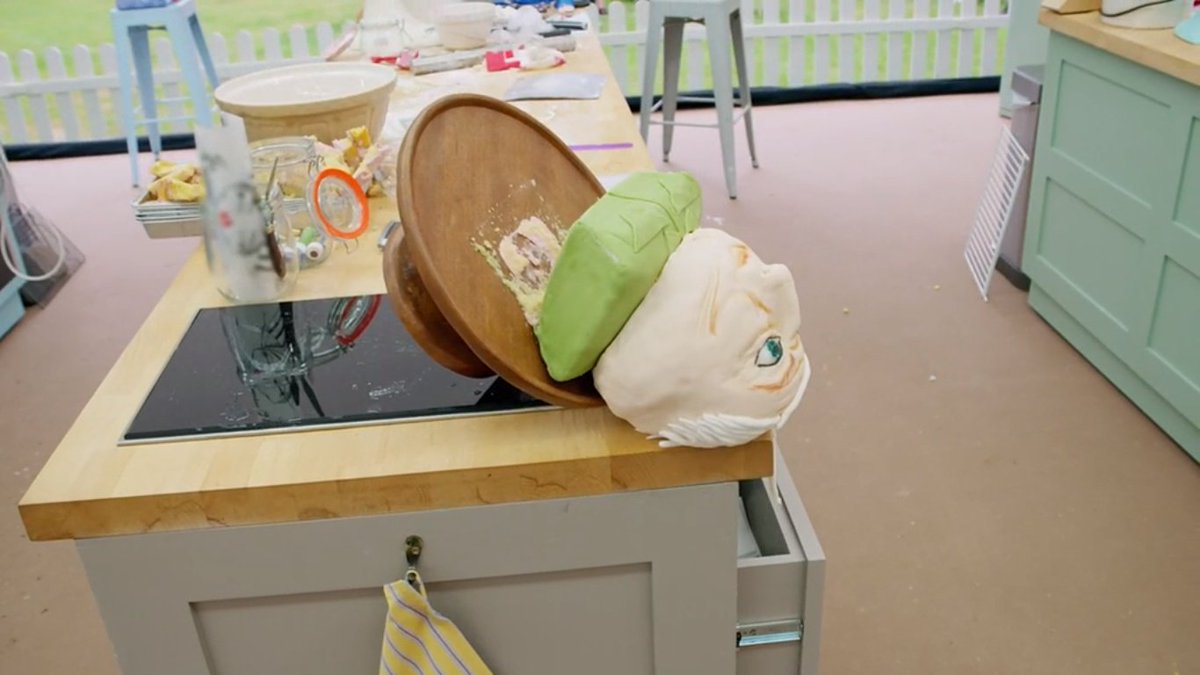 no context bake off (@nocontextgbbo) 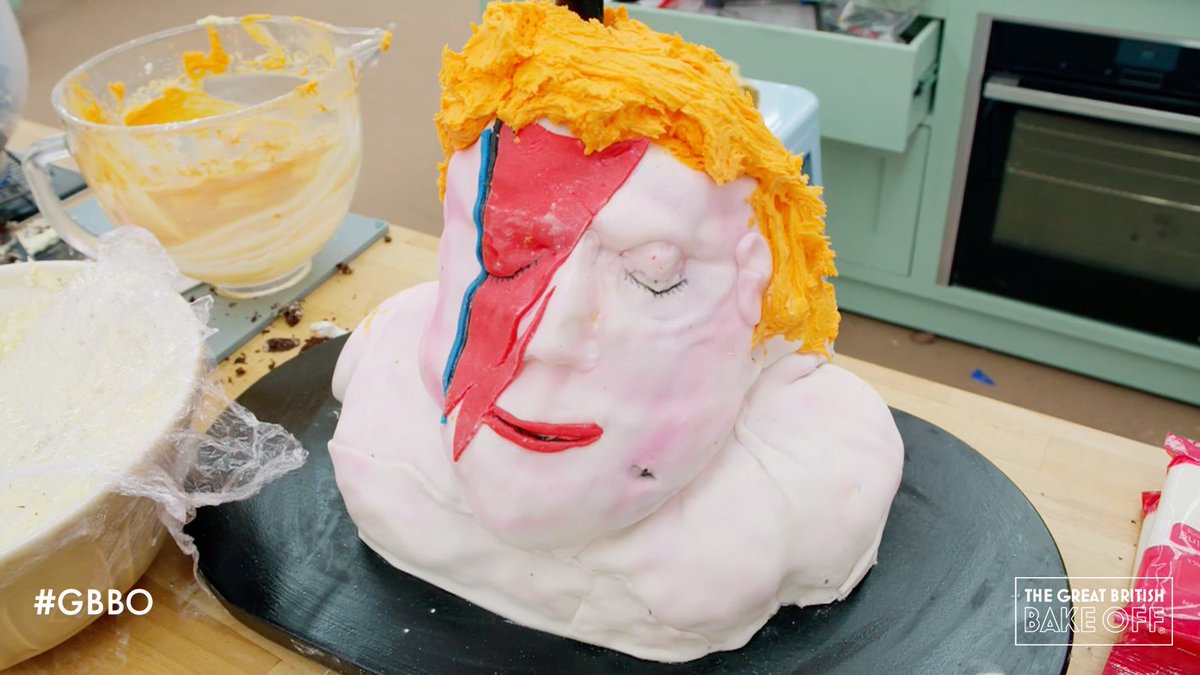 How best to capture the intangible, otherworldly sexuality of David Bowie in his 1970s pomp? That’s easy: make him look like a sort of wildly obese horse who has been banned from seeing sunlight by an evil Human Centipede-style surgeon.

It was clever to bake a cake of a relatively obscure Jamaican poet, because nobody would possibly question her appearance. But where Loriea fell down was by providing a photo of the real woman. And, since the real woman didn’t look anything like the radioactive market-stall ET that Loriea baked, she was doomed from the outset. 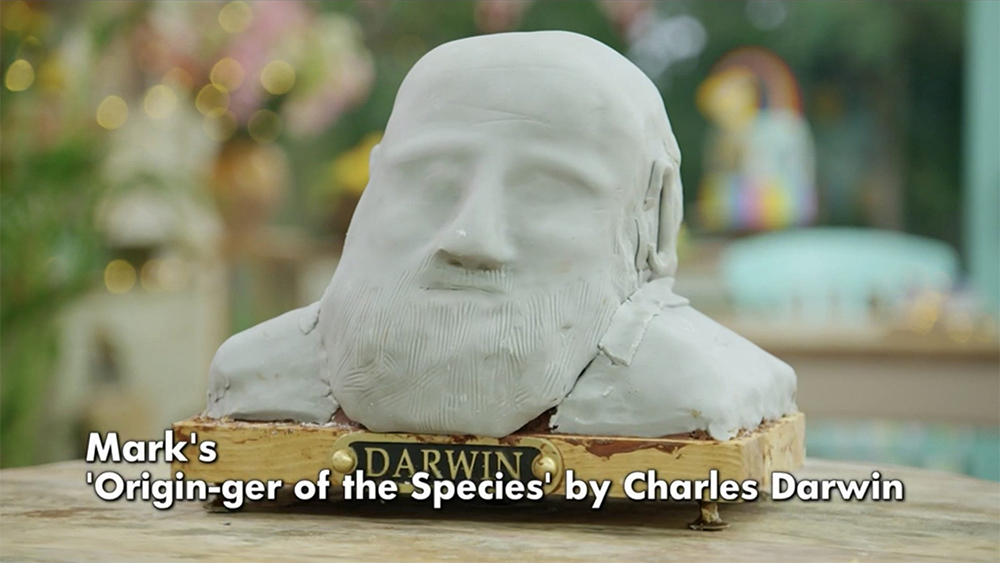 Who else thinks Mark's Darwin cake is an eggcellent homage to our marble incarnation? #GBBO pic.twitter.com/9pIvic1xUp

Here’s my theory: Mark had originally set out to make a cake based on that comedian Andy Hamilton who sometimes appears on Have I Got News for You, but then forgot his name at the last minute, so called it Charles Darwin instead. Either way he messed up, because in reality the finished cake could only be described as “Albino Thanos”.

Again, this is just speculation, but I think Hermine might hate Lupita Nyong’o with an intensity that could destroy planets. That can be the only possible explanation for her cake, which looked a bit like diarrhoea in a dress. 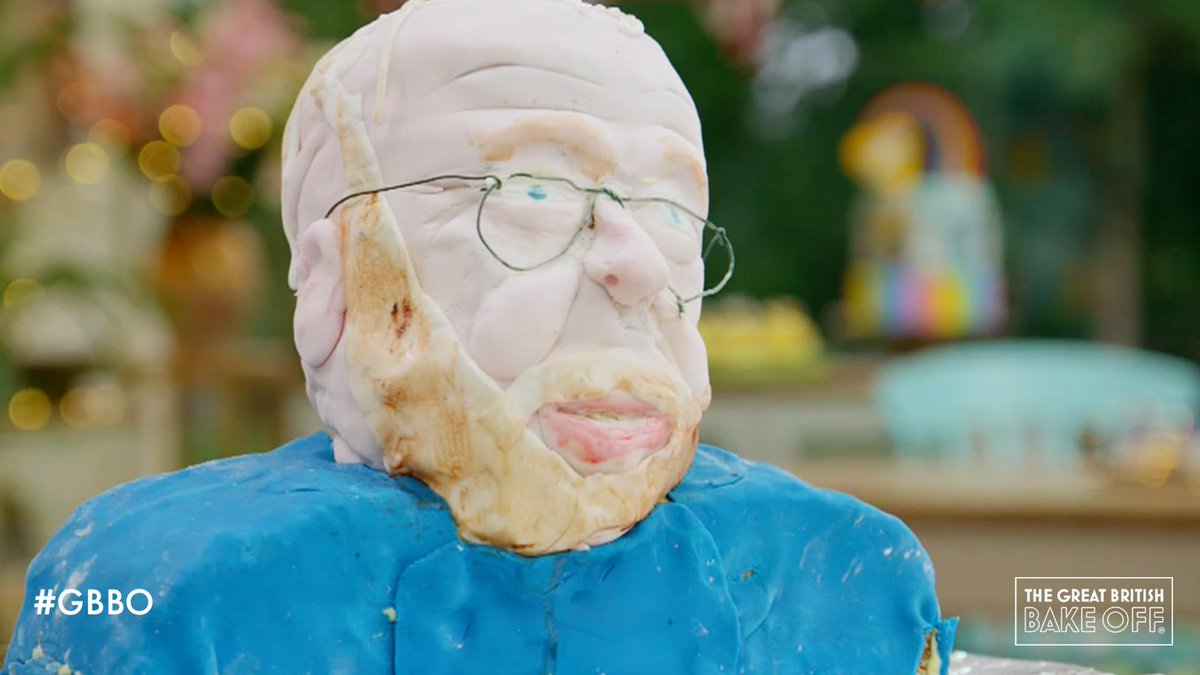 Big thanks to Mak for answering the question “What would Bill Bryson look like if he was born in a test tube and fed nothing but intravenous sewage until he was destroyed as an act of God after a fortnight?” 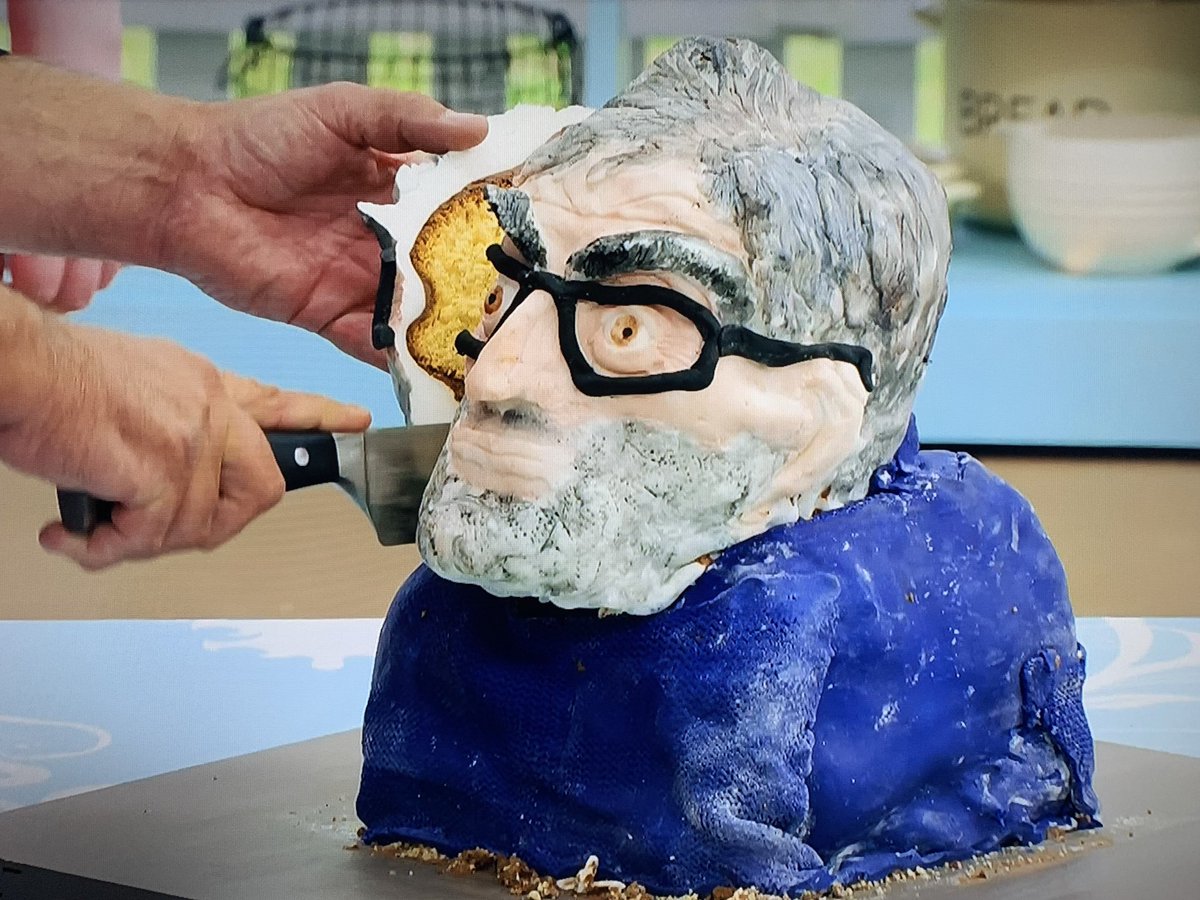 This cake was genuinely horrific. Hunchbacked and melted, this is a version of Louis Theroux who sits around feeling himself up on buses. “He is recognisable,” said Prue, who must have recently had a nightmare where Louis Theroux morphed into a sentient ball of vomit and attempted to eat her eyeballs.

Bayern and Alaba failed to agree a new contract for the third time
Atalanta and Ajax showed smart football: a lot of traps and subtle changes on the move
Vadim Evseev: I liked the locomotive for its boldness. Not afraid to play football, well done
Barcelona may sign PSV forward malen if the deal for Depay fails
Pickford hired bodyguards because of fan threats after van Dijk's injury
Studying Borussia Favre: she loves to own the ball, a key player in the attack-17-year-old Giovanni Reina
An unfortunate statement about joining an imaginary tournament. La Liga President on Bartomeu's words about the European Premier League
Source https://www.theguardian.com/tv-and-radio/2020/sep/23/great-british-bake-off-bust-cakes-ranked