The Israeli military says it has destroyed the home of Gaza’s top Hamas leader in the latest escalation in a week of intense violence in the region.

Despite international efforts to broker a ceasefire with the militant group Hamas, Israel appears to have stepped up its airstrikes in recent days to inflict as much damage as possible upon authorities in Gaza.

The military said it struck the homes of Yahya Sinwar, the most senior Hamas leader inside the territory, and his brother Muhammad, another senior Hamas member, after also destroying the home of senior figure Khalil al-Hayeh on Saturday.

It came as Israeli airstrikes in the heart of Gaza City killed at least 23 people and injured 50 in the deadliest single attack since heavy fighting erupted in the region earlier this month.

The Gaza health ministry said rescuers were racing to pull survivors and bodies from the rubble following the assault on Sunday.

The Isreali military says it has destroyed the home of Gaza’s top Hamas leader in the third such attack in as many days, after nearly a week of heavy air strikes on the Palestinian territory.

Military officials said the homes of Yahya Sinwar, the most senior Hamas leader inside the territory, and his brother Muhammad, another senior Hamas member, had been struck, while the home of senior political figure Khalil al-Hayeh was destroyed on Saturday.

He said the home of his brother, who is in charge of Hamas “logistics and personnel”, was also destroyed.

However, Hamas' most senior officials have gone into hiding in Gaza so it is unlikely any were at home at the time of the strikes.

The militant group has acknowledged that 20 fighters have been killed since heavy fighting broke out last Monday, although Israel claims the real number is far higher. 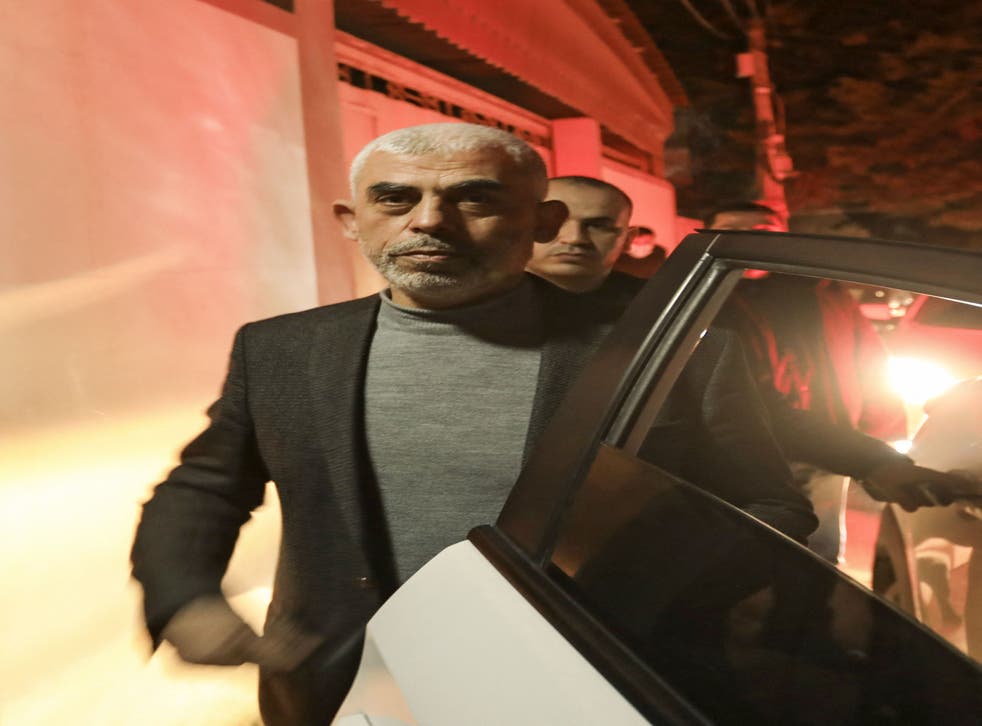 A file photo taken on 10 March 2021 of Yahya Sinwar, head of Hamas’ political wing in Gaza

Hello and welcome to The Independent’s live coverage of the conflict between Israel and Gaza today.