The attack came after Irish broadcaster RTE noted that the country is currently receiving €915million from the EU recovery fund. In a damming reply, the IFP hit back: “They leave out the fact that we are paying in a whopping €18.7bn.”

Following up the piece, the party called on the broadcaster to correct the misinformation.

The tweet said: “#Irishfreedom have asked @rte for correction to their misleading figures on Ireland’s contributions. They leave out the fact that Irish taxpayers are liable for €18.7bn in the EU recovery fund. It is an article designed to deceive and con the Irish people.” 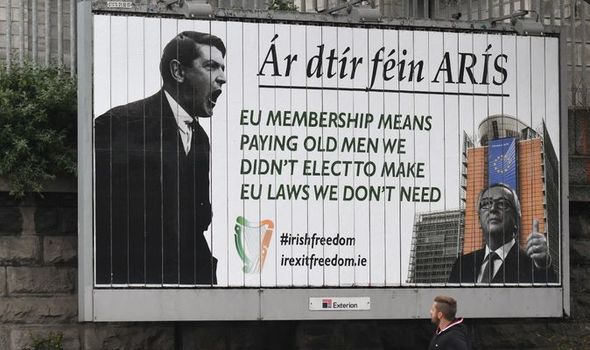 Some are calling for an Irexit (Image: Getty) 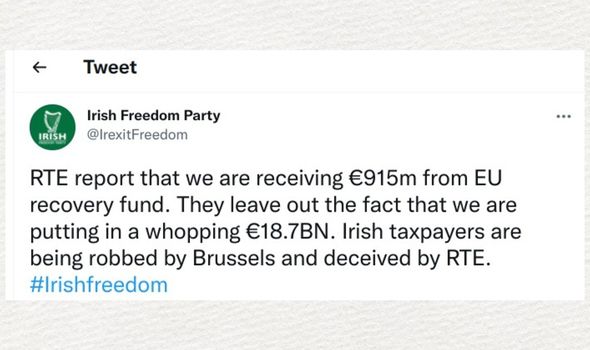 A third tweet broke the figures down into yearly sums according to the party.

Commenting on the tweet, one disgruntled person, Ian Thewis, said: “Sound familiar, the EU pay us for a play area in a park and we pay for a new motorway in Europe.” 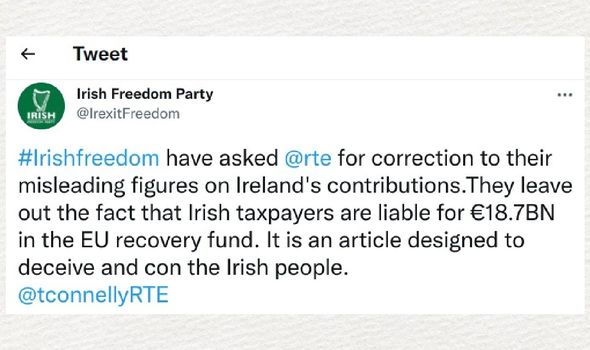 The figures Ireland pay the EU are far higher according to the claims (Image: Twitter)

Another said: “Yes, part of the whole EU conspiracy – EU generously giving back to you a fraction of what your taxpayers have already sent to Brussels!”

Speaking with a viewpoint of similar British frustration, Malcolm Hill wrote: “We had that problem for years with the EU trying to convince the British people what a wonderful job they were doing with projects over the UK. Then we woke up and realised all of it was our money.”

Adding to the reasoning, Mr.E said: “That’s why we Brits walked away, it’s not worth the membership.” 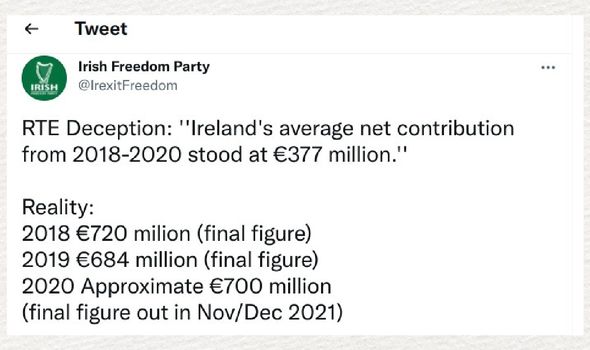 RTE have been asked to clarify their figures (Image: Twitter)

However, many people in Ireland are still very much in favour of the EU.

A poll by European Movement in Ireland suggests that 84 percent of those asked agreed that Dublin should remain linked to Brussels.

The figures were remarkably uniform across the Republic of Ireland.

During the Brexit referendum, the electorate in Northern Ireland also voted heavily in favour of remaining in the EU.

The overall result saw 55.7 percent choose to stay in the bloc, while 44.23 percent wanted to leave. 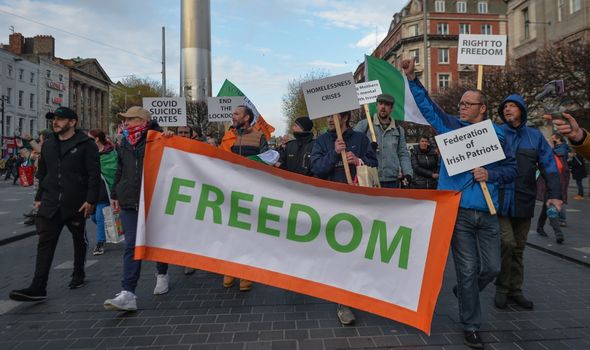 The Irish Freedom Party state they wish to restore national democracy to Ireland by leaving the EU.

Main issues covered in the manifesto claim they want to take back control of law-making, currency, trade policy and borders to name a few.

Current problems over the Northern Ireland Protocol have sparked anger from the Unionist community in the North of Ireland, with the DUP leader recently threatening to call an election at Stormont if the situation fails to resolve.