A face-off between Hollywood legend Dustin Hoffman and Toni Servillo, that veteran of contemporary Italian classics by Paolo Sorrentino? Sounds good. But sadly, the two never appear together in the same scene, and the film they appear in is frustratingly underpowered and derivative.

Into the Labyrinth is a psychological horror-thriller directed by Donato Carrisi and adapted by him from his own bestselling novel L’uomo del labirinto. The setting is Italy, and a distraught young woman (Valentina Bellè) comes round from sedation in a private hospital room where a calm and mysterious doctor called Green (Hoffman) explains that she had been found, dumped unconscious by the side of the road, apparently by the sinister individual who kidnapped her as a teenager 15 years earlier – a sensational unsolved “cold case”. As a forensic profiler working with the police, he will now ask questions to reconstruct her terrifying existence in the prison which her abductor called the “labyrinth”. 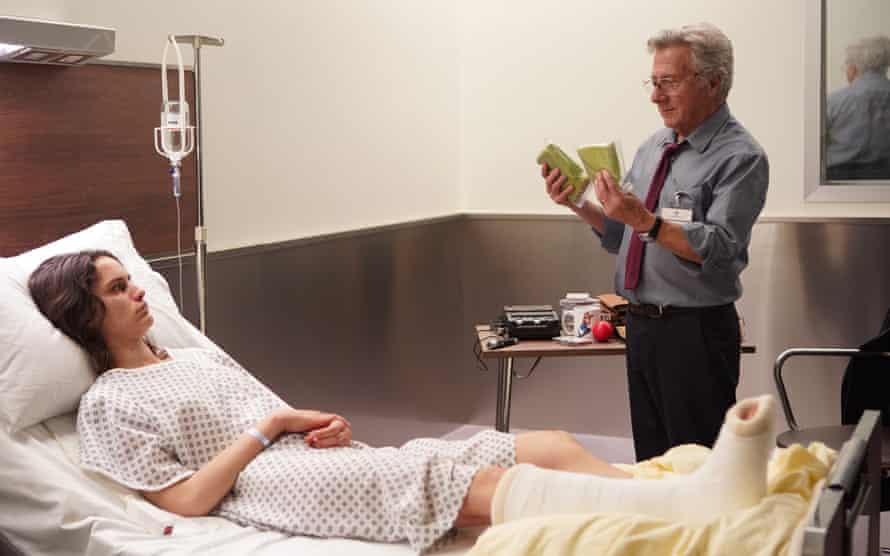 At which point the audience is entitled to ask: erm, why are they speaking in English, when all the rest of dialogue is in Italian? Did she learn English in captivity? Meanwhile, a bleary private detective called Bruno Genko (played by Servillo), specialising in banal cases of debt recovery, hears about this young woman’s safe return and finds that it is now his own mysterious destiny to track down her kidnapper who apparently likes to wear a huge rabbit mask – as in the film Donnie Darko.

There is some incidental interest in the bizarre comic-book settings and locations and indeed the weird comic book called “Bunny” which appears to have inspired the crazed villain himself. But the narrative focus is damagingly and pointlessly split between Servillo and Hoffman, two actors whose considerable screen presences tend to subtract from each other. And the cheat-twist ending is basically all too familiar.