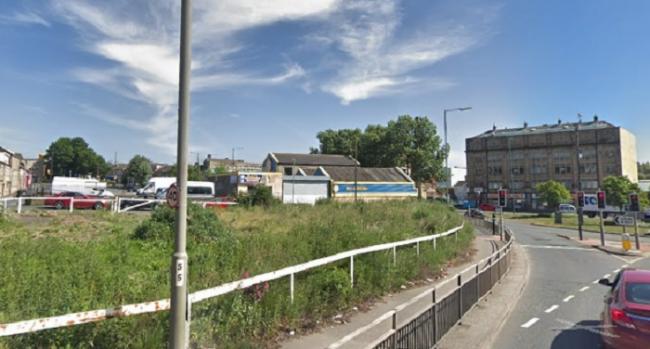 The site of the proposed digital signs

Earlier this year planning officers refused Monster Displays proposals to install two 6.4m by 3.4m signs on an empty plot of land at Richard Street - near the junction of Leeds Road and Shipley Airedale Road.

They argued that the signs would be "highly prominent and appear particularly intrusive in this location and on this main transport corridor of Bradford."

Monster Displays appealed the decision, saying: "The appellant was disappointed and frustrated that the Council were not prepared to give positive consideration to the appeal scheme which is clearly acceptable."

They argued that the signage, and landscaping of the site they were planning to carry out, would improve the appearance of the area.

But this week that appeal was dismissed by a government planning inspector.

Susan Ashworth said: "They would nonetheless be two very large structures that would be visible from many places in the vicinity of the site.

"The displays would have a prominent and obtrusive appearance owing to their size, their elevated position, their scale in relation to the buildings behind the site and the illuminated digital nature of the displays.

"I consider that the advertisement would cause considerable harm to the visual amenity of the area and as such would not result in the environmental improvement suggested by the appellant."

Messi may not play with Mallorca due to adductor muscle discomfort
Alexey Miranchuk can move to Fiorentina (Betting Insider)
Henri on racism: Why is this still happening in 2020? We demand changes
The defender from Burkina Faso is the new star of the Bundesliga. With him, Bayer won 11 matches out of 13
Giroud about the quarantine: I am a modern father. I like to change Junior's diapers
A bunch of stupid assholes. Lukaku reacted to a cartoon by the Belgian newspaper Life of the purple stars
Ramos on Atletico's goal in the 2014 Champions League final: It changed not only the history of Real Madrid, but also my career
Source https://www.thetelegraphandargus.co.uk/news/17895216.inspector-backs-council-decision-refuse-digital-signs/?ref=rss

Timeline of how German suspect fits in with Madeleine McCann disappearance

What happened during the 1989 Tiananmen Square protests?

Strawberry moon 2020: How to see this week’s full moon above the UK