MY Little Pony is supposed to be a harmless kids show, but a hardcore following of adult fans have twisted it into something darker.

The teen, who killed himself after the attack, posted a bizarre message on Facebook less than an hour before he opened fire.

"I hope that I can be with Applejack in the afterlife, my life has no meaning without her," the post read, according to the Wall Street Journal.

The post was reportedly accompanied by a picture of Applejack, one of the main characters from the children's TV series My Little Pony: Friendship is Magic.

An internal Facebook memo obtained by the Journal says Hole had two Facebook accounts which mostly focused on My Little Pony.

Adult fans of the show refer to themselves as "bronies" — a portmanteau of the words "bro" and "ponies" — and as a group they've "displayed elements of far-right and white nationalist extremism," the memo said, though there's no sign that was what motivated Hole's attack.

My Little Pony had happily cantered along for decades as an innocuous brand for kids long before online forums became obsessed with it.

Hasbro began manufacturing the range of toys in 1981, but the series' characters didn't gain a widespread adult following until the launch of the animated kids series My Little Pony: Friendship is Magic in 2010.

The show follows a group of magical pony friends with names like Twilight Sparkle and Rainbow Dash on their adventures in a fantasy world called Equestria.

In the years since it first aired, the brony subculture built in online forums including 4Chan, an anonymous image board site now linked with a seemingly endless list of scandals.

But it soon spilled offline too, with brony conventions attracting thousands of likeminded fans from around the world to meet up in person.

And there's even a hardcore following in the UK who've been outspoken in defending their interest, arguing that most bronies are just well-intentioned hobbyists.

“Some people seem to think it’s sexual attraction to the characters,” Sam Harris, organiser of the Severn Bronies, told the BBC.

“Or that they might want to do things with actual horses, or they collect the cuddly toys to do lewd things to them, that kind of thing is sensationalist hype and completely untrue.

“If anyone thinks it’s strange or unusual, I’d just say, there are so many different types of people in the world who enjoy various different things and as long as it makes them happy, and it doesn’t hurt them, what does it matter?”

In recent years, concerns have been raised about some of the content that is being shared on a daily basis on dedicated brony sites.

And despite Harris' insistence, there are some bronies who do sexualise the characters.

Sometimes referred to as "cloppers", these users commission and share pornographic images of the kids TV show characters.

And there's also been well-documented threads of neo-Nazi and white supremacist content spread throughout the subculture.

One fan-made character, Aryanne, is often depicted wearing an SS uniform with a pink heart marking on her hip which contains a swastika.

The alarming cross-over between the alt-right and bronies might also have a serious grounding in the UK too.

The writer claimed to be a man in their 20s from south London in a 2014 interview with Counter Currents.

"I was raised here and have never lived significantly far from here, so I’ve always been on top of a Ground Zero for white displacement," they said.

They added that they were specifically preaching white nationalism to bronies because they are: "an implicitly (and heavily) white group of young men, who are suffering from a total disillusionment with modern life, casting around for an identity and meaningful purpose.

"Basically, the target demographic that White Nationalism needs to capture if whites are to survive.

"Despite a healthy crop of alienated losers seeking inclusion, the presence and sheer scale of the 'brony' fandom cannot be underestimated."

Bronies have been implicated in murder cases even before last week's bloodshed.

Joshua Charles Acosta, a soldier of the US Army, murdered three people at their home in Los Angeles in 2016.

Acosta, who was 23 at the time of the attack, shot dead the mother, stepfather, and a family friend of a teenage girl he believed to be freeing from an abusive family situation.

He met the teenager through furry and brony groups, NBC Los Angeles reports, with the former referring to people who are interested in dressing up as animals with human qualities.

Two girls aged six and nine were in the house at the time of the bloodbath.

On a 911 call played in court, the six-year-old can be heard saying: "My dad is in the backyard dead and my mom is dead in bed…"

While investigators hoped to discover a motive for Hole's massacre in Indianapolis last week, the search continues.

He was placed under psychiatric detention by police last spring after his mother reported concerns that he was contemplating "suicide by cop", according to the FBI.

A shotgun was taken from his home, but when he was cleared of harbouring "racially motivated violent extremism ideology", he was able to legally buy assault rifles in July and September. 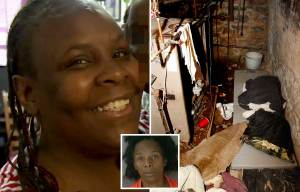 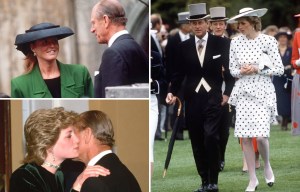 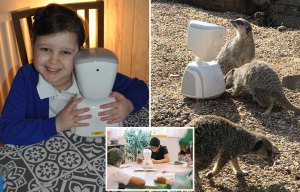 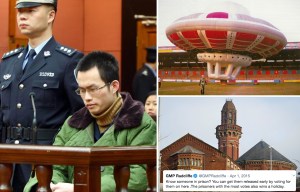 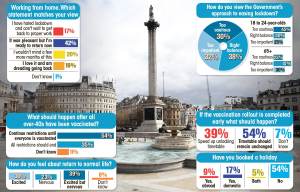 Taking away freedom or protecting us? How lockdown divided the UK

Police say he was seen using both weapons during the shooting, which left four members of the local Sikh community dead.

The Sikh Coalition has called for an investigation into "bias as a possible motive" in the killings, though investigators are yet to establish a motive.

The FedEx attack is the deadliest attack on the Sikh community in the US since 2012, when a white supremacist killed seven at a Sikh temple in Wisconsin.