The so-called "FaZe House" has 10 bedrooms, a private cinema and swimming pool – and even a stripper pole.

British teen Jarvis, 17, moved into the house earlier this year, after joining the FaZe clan in April.

The wealthy YouTube star was banned from Fortnite for life this week after uploading a video of himself cheating in-game.

Jarvis used notorious "aimbot" software – which automatically aims and shoots other players for you – to rack up kills online.

He posted a teary apology video after being banned, which may have earned the star upwards of £20,000, The Sun exclusively revealed.

Jarvis and his gamer pals live in a multi-storey mansion up as deep drive in the Hollywood Hills.

The exterior of the house is imposing, with wide balconies and tall glass windows.

It overlooks Los Angeles, has a private pool on the upper deck, and is surrounded by lush Californian greenery.

According to Jarvis – who hails from the small Surrey village of Oxted – the home is worth around $15million (£11.6million).

"Now that I'm in FaZe and I actually officially live here, I've got a room now," said Jarvis in a vlog after moving in.

The Fortnite cheat has a room on the first floor, with an en-suite bathroom, a mini-fridge, and an expensive gaming PC with two screens.

Jarvis' Hollywood home has a private gym and a bright, open-plan living area where clan meetings are held every weekday morning.

But it's not clear if Jarvis will be allowed to stay at the house now he's no longer able to play Fortnite professionally.

This week, The Sun revealed how Jarvis has boasted that he'd make even more "aimbot" videos if his fans gave him more YouTube likes.

And Fortnite creators Epic Games told us that its decision to ban Jarvis is final.

"We have a zero tolerance policy for the usage of cheat software," an Epic Games spokesperson told The Sun.

"When people use aimbots or other cheat technologies to gain an unfair advantage, they ruin games for people who are playing fairly."

It comes as the teenage YouTube star's mum defended him , calling for forgiveness because he didn't "physically hurt anyone".

And the YouTuber – who has earned an estimated £2million from gaming – even promised to make more cheating videos.

In the clip, he's heard saying: "You guys wanna see me play squad, duo with some people like that, may sure you give me a like."

"That's gonna be a lit video," Jarvis boasted in his video.

"It was so much fun filming this. This was definitely one of the best videos I've ever filmed.

"May sure you leave a like for more aimbot fun and I'll see you on the next one."

But after Epic Games banned Jarvis, the sorry lad apologised and said he had only activated them for instruction videos – and never in competitions.

Speaking about his use of aimbots, Jarvis said: "All I was thinking about whilst I was making those videos was just how entertaining and interesting these videos would be for you guys to watch.

"It didn’t even cross my mind to think that I could be banned for life from Fortnite from those videos. I just want to be clear that this is the first time that I have ever done anything like this and of course I have never done this in a competitive game mode at all.

"Epic Games you know I know how big of a mistake I’ve made and I’m truly like so sorry.

"Epic, I know I have to take accountability for my actions and I’m going to do my best to accept any punishment that comes my way.

"I’m not trying to find a quick road out but being banned forever is just – a lifetime ban – is just, I just didn’t this would happen."

But fans of the game have already branded him a "crybaby", and say the star knew the consequences of cheating.

"He also went on a separate PC to avoid a ban," said one gamer on Reddit.

"He knew exactly what he was doing, now he's just being a crybaby."

Another said: "I don't know how he can genuinely sit there and cry at a camera when he made the conscious decision to download and use hacks."

One furious player wrote: "Not only did he use cheats, he made a...15-minute video showing them off.

"That definitely warrants a lifelong ban. I don't understand how people can be defending this."

Many gamers point out that normal players receive bans for cheating – so online celebrities should be no different.

Fortnite's terms of service strictly forbid the use of cheating software, regardless of who is using them.

Some Fortnite fans pointed out that YouTube stars should be especially careful, because they can encourage other users to cheat.

"A famous person should be aware of the consequences. That's it," said one Reddit user.

"It's over, you learn your lesson. You face the same consequences as a normal person, and him being a content creator means a ton of people are going to hack.

Earlier this week, the star's mum, 60, told the Mail Online that the gaming community should "re-think how it treats people".

Speaking outside their family home, Mrs Khattri said: "Jarvis made an error and he admits that.

"He's broken. He loves that game. He doesn't have a devious bone in his body.

"What I really know is that for any mistake that doesn't physically harm a person, there should be the chance to make amends."

Mrs Khattri was speaking at the family's attractive detached home in leafy Surrey town Oxted, which could be worth around £1.3million.

Jarvis himself is believed to have made as much as £2million from his gaming career.

Using aimbots are banned by Epic Games’ rules and those caught can have their accounts locked and deleted.

Jarvis is a member of eSports team FaZe Clan and insisted he had only activated them for instruction videos and never in competitions.

FaZE Clan was founded in the US in 2010 and competes in various video game tournaments.

Earlier this week #FreeJarvis was trending on Twitter with fans defending the player.

One supporter said: "But what about other YouTubers who hack and post videos on YouTube about it , they get away with it, and now cause it’s FaZejarvis there gonna do that, man @FortniteGame you guys are clowns."

Brit Fortnite gamer FaZe Jarvis, 17, sobs as he's banned for life for CHEATING in videos for his 2million YouTube fans

In other news, we reveal the secret ways that Fortnite is getting kids hooked.

The Epic Games boss revealed he tried to cancel the hit game before it was released. 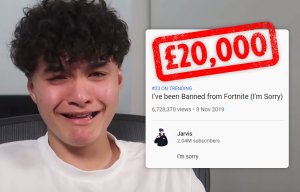 Fortnite millionaire 'made £20,000 from APOLOGY vid' after being caught cheating 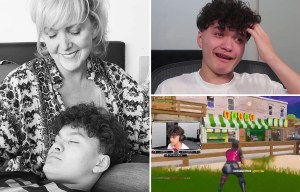 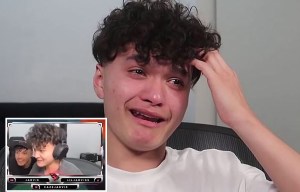 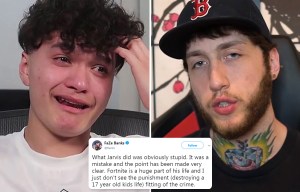 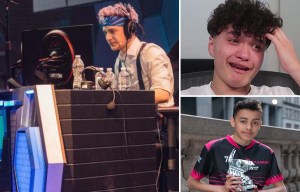 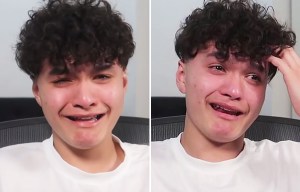 And find out how much money pro Fortnite players like Ninja actually earn.

Budget 2021: We work out which families are richer or poorer after yesterday’s announcements

Horoscope today, Thursday March 4: Daily guide to what your star sign has in store for your zodiac dates