The gripping ITV drama kicked off its second series this evening and already had viewers hooked.

Katherine Kelly plays the lead role of schoolteacher Sally Wright, alleged to have been having an affair with a 16-year-old pupil.

When the boy is later stabbed to death, she is convicted of his murder.

Sally is later released when new evidence emerges - but her reputation, and her life, is left in tatters.

But it wasn't just this harrowing storyline that got viewers talking - it was the naughty sex scene on a staircase.

In the scene Sally's ex-husband Sam had just returned from seeing her, and his new fiancé Karen was seen looking worried.

You could tell she was concerned he will get back with Sally now that she had been found innocent.

So in a bid to try and keep hold of her man, she leapt on him, kissing him, while he held back slightly.

Karen then pushed Sam on the stairs and straddled him in a very awkward fashion, and they started to have sex.

This one tweeted: "That staircase sex was very awks! (followed by the monkey covering eyes emoji) #innocent."

Another said: "On the stairs, oh my! (followed by the monkey covering eyes emoji) #innocent."

This viewer said: "EEZ full on f***ery on the stairs #Innocent"

Actor James Bamber, who plays Sam on the show, even admitted the pair had to have an "intimacy co-ordinator" to do the love scenes.

Speaking to press ahead of tonight's premiere he said: "I’ve done a fair few of these scenes over the years but I have never had an intimacy coordinator before.

"I think I was more thrown by the intimacy coordinator because she was half our age and really earnest, she was really into it and sort of gung ho!"

Actress Priyanga Burford who plays Karen added: "The thing with any love scene, or anything sexual and intimate like that, is it needs to be specific. 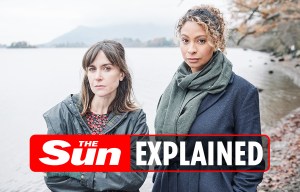 Is Innocent based on a true story? 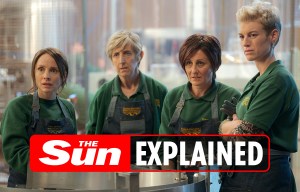 What time does The Pact start and what is it about? 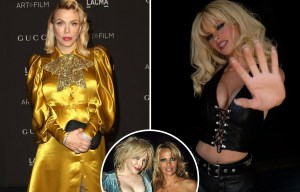 Who killed Tara Collins on Innocent? We go over ALL the suspects 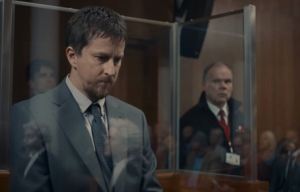 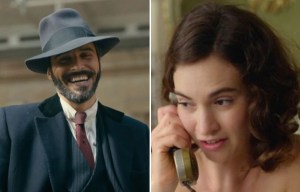 ERA OF MY WAYS

"You need to understand what that sex is about between those two people at that particular point in their relationship."

Innocent proved popular with viewers tonight in its opening episode.

This is the second series of the hit ITV show, but takes on a whole new story.