ITV's new drama Innocent certainly had people guessing all sorts on Monday night, as series two of the crime drama kicked off.

It followed the moment Sally Wright was released from prison, five years after being wrongly convicted of the murder of her 16-year-old pupil Matty Taylor.

Matty was found dead having been stabbed with a broken glass bottle, while Sally was also accused of having an affair with her young student prior to his death.

After her release, Sally did her best to get back to normal but those in her hometown made it difficult.

While many remained convinced she was guilty or at least had had a fling with the teen, others were too worried about what people would think if they were seen with the innocent former teacher. But as Sally tried to figure out who the real killer was, secrets and lies came to light - including an incriminating piece of information that landed her in prison being declared a lie.

Not only that, but several characters were acting suspiciously following Sally's release, leading to viewers becoming detectives once more as they believed they had cracked the case in the first episode.

Sally's ex-husband Sam did not believe her at the time and moved on, and is now preparing to marry another woman named Karen - who has a daughter called Beth. 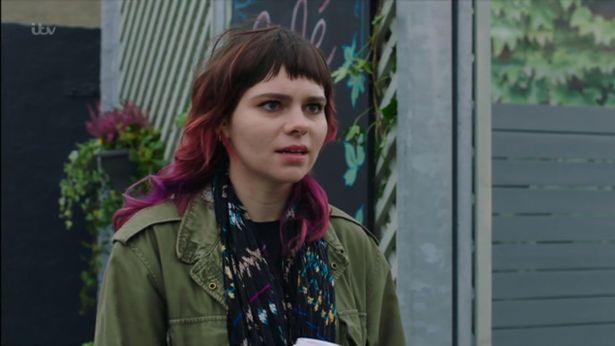 Be the first to read the biggest TV stories as they come straight to your inbox.

The Mirror's TV newsletter brings you the latest headlines on the best shows, articles on your favourite characters and all the inside track from our team.

Both mother and daughter were acting awkwardly about the idea of Sally being back on the scene, and fans accused Karen of being obsessed with Sam.

Some even questioned if she was the true killer, maybe to get Sally out of the way so that she could have Sam all to herself - or perhaps she's been protecting the true murderer, Sam, all along.

After all, Sam believed his wife was having a fling with Matty so could he have been the real killer, and maybe even framed his wife. Both mother and daughter were acting awkwardly about the idea of Sally being back on the scene (Image: ITV)

Lastly there is Anna, who completely fabricated evidence claiming to have seen Matty and Sally kissing in a car while she was out running.

It seems this was a lie despite her denying it, with many believing she made it up for attention after claiming to be pals with a girl named Izzy when this was not actually the case.

A clip for the next episode also shows her at Matty's grave, meaning she must have known him or more about what happened to him than she had stated. While some fans think she could have been jealous and killed Matty before framing Sally, others have wondered if an obsession with teacher Sally on Anna's part might have led to the crime.

Taking to Twitter, fans shared their theories over who the real killer was with one writing: "I'm calling it... the soon to be new wife."

A second agree: "I reckon his new Mrs to be did it!"

A third theorised: "Anna did it I'm telling you."

This was backed by a fourth viewer who wrote: "Its gotta be Anna who killed him."

Innocent continues all this week at 9pm on ITV.

Man jailed for smuggling £277k of cocaine inside food packages

The areas of Swansea hit hardest by the pandemic