INDIANA Jones has been caught up in a Nimby row after filming of the new movie took over a street.

Producers paid one neighbour a reported £50,000 to let cameras into their home.

The homeowner then left for the week, leaving others saying they endured four days of “24/7 hell”.

Harrison Ford, 78, playing the adventurer in his fifth Indy flick, thrilled fans when he was seen getting into a white car in one scene.

But locals moaned about crew ­cordoning off 100 parking spaces, installing 6ft fencing around the set, and lights keeping them awake as filming went on until midnight.

A WhatsApp residents’ group turned into a war of words, with fed-up Nimbys — or Not In My Backyard — bad-mouthing their neighbour for getting rich quick only to “leave everyone else to ­suffer”.

One resident in Hackney, East London, a woman of 45 with severe asthma, said: “A single homeowner has made a mint and the rest of us are left facing the disturbance. It’s a joke.

“They closed the road so it caused a lot of disruption. Some people were outside arguing over spaces.

“I could hear angry voices and lots of cars driving around. People should at least be compensated.”

Removal teams ferried large boxes in and out of the Victorian house chosen for indoor scenes due to its architecture.

Vintage cars borrowed for the film lined the street.

The woman added: “My friend got home from work and had to park 15 minutes away. She was f*****g fuming with them.” 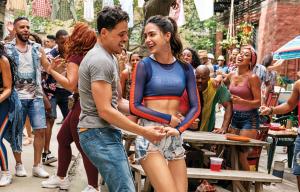 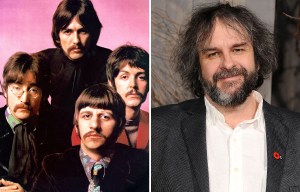 LORD OF THE RINGOS 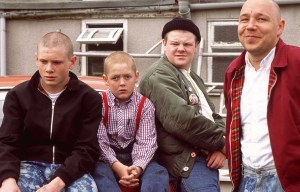 Where are the cast of This is England now? 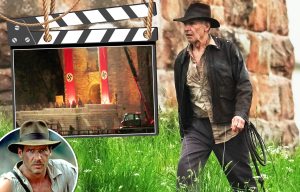 AGERS OF THE LOST ARC

Another local said he got a £120 parking ticket.

He said: “It was late at night and I couldn’t find a spot anywhere. It’s chaos. The staff haven’t been very helpful either.”

Indy battles Nazis again in the film, understood to be called Indiana Jones and the Empire of Evil.