India has now been added to the UK’s red list for international travel following worries over a spike in coronavirus cases and a new variant.

Matt Hancock addressed the House of Commons this afternoon over fears about the new ‘double mutant’ Indian strain, which has now spread to the UK.

This means that from 4am on Friday, April 23, international visitors who have departed from or travelled through India in the previous 10 days will be refused entry into the country.

The health secretary told MPs: ‘We’ve now detected 103 cases of this variant, of which the vast majority have links to international travel and have been picked up by our testing at the border.’

‘After studying the data, and on a precautionary basis, we’ve made the difficult but vital decision to add India to the red list.’

Only British and Irish nationals, and those with resident rights, will now be allowed to enter.

But they will have to quarantine in a hotel for 10 days after travelling, which means paying £1,750 to stay in Government-approved accommodation.

Passengers will be required to take a Covid-19 test on or before day two and day eight of their isolation period, but will not be able to end their quarantine if they test negative.

It comes as prime minister Boris Johnson’s planned trip to India was cancelled this morning after infections in the Asian country are starting to soar.

Downing Street issued a joint statement from the British and Indian governments which said: ‘In the light of the current coronavirus situation, prime minister Boris Johnson will not be able to travel to India next week. 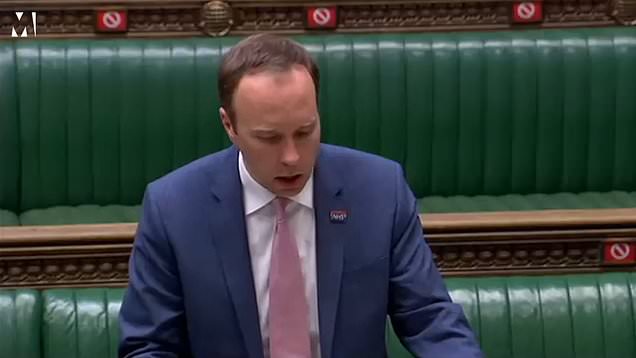 ‘Instead, prime ministers Modi and Johnson will speak later this month to agree and launch their ambitious plans for the future partnership between the UK and India.

‘They will remain in regular contact beyond this, and look forward to meeting in person later this year.’

Since last week scientists have been investigating the strain to see whether it spreads more easily and if current vaccines work on it.

Some 103 cases of the new Indian strain have now been recorded across the UK – an increase from the 77 found last week – and have not all yet been linked to travelling abroad.

The mutation has not yet been listed as a ‘variant of concern’, but if it is this could delay the easing of lockdown as outlined in Boris Johnson’s four key tests which must be met.

India reported almost 274,000 new cases of coronavirus in one day yesterday, which is a new record for the country.