The Countess of Wessex has been Grand President of St John Ambulance since 2004 and recently marked 15 years of service with the charity. She has been involved with volunteer work and help during the pandemic.

In honour of her work, St John Ambulance has praised Sophie for her dedication fto “lifesaving work”.

St John Ambulance tweeted: “The Countess has volunteered hours of her time to our lifesaving work over the years, and we are incredibly grateful to have her as one of our #StJohnPeople.”

St John England, the priory associated with the charity, also wrote: “Yesterday our Prior and Chair of @StJohnAmbulance, @lionel_jarvis2, and Chief President called upon The Countess of Wessex, our Grand President, to update her on our lifesaving work, and to present the Countess with a Bar to the Service Medal for 15 years of service to St John.”

Thanking them for the honour, Sophie signed her 2020 portrait which shows her wearing robes of a Dame of the Order of St John. 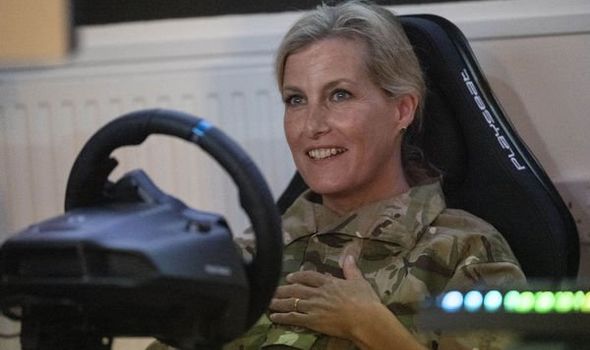 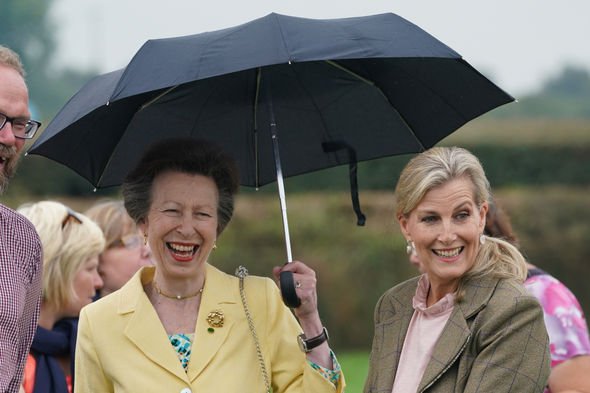 Queen Victoria set up the Order of St John in 1888 to mark work of those helping with St. John Ambulance and the St. John Eye Hospital in Jerusalem.

Sophie helped with St John Ambulance during the pandemic and completed the training programme to volunteer for the NHS Vaccination Programme.

During the visit, the couple paid tribute to Captain Sir Tom Moore, who helped raise funds to refurbish the hospital. 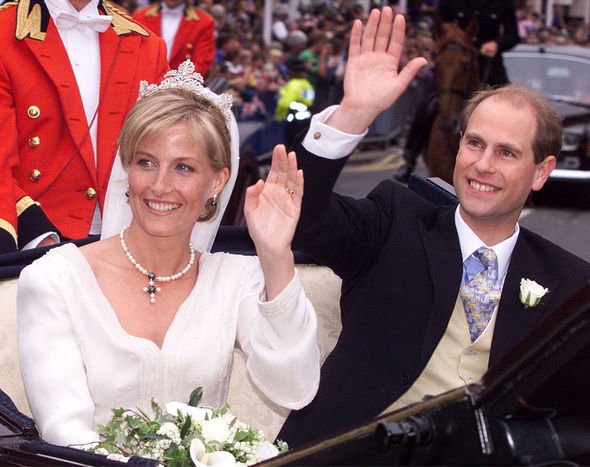 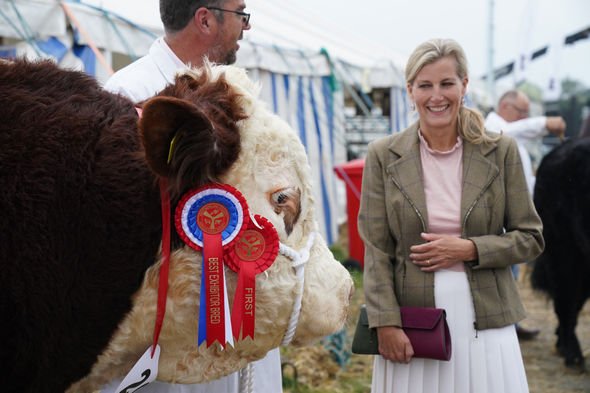 The royals were given a tour of a new “wellbeing garden” space at Frimley Park Hospital in Surrey where they thanked staff for their heroic efforts during the Covid pandemic.

The hospital also holds a special place for the couple as both their children, Lady Louise Windsor and James, Viscount Severn.

Katie Nicholl, a royal author, claimed that on marrying Edward, Sophie wanted to use the higher-brow title of 'Princess'.

However, the Queen would “not allow” it to happen.

Writing in for Vanity Fair in 2011, Ms Nicholl claimed: “The Countess of Wessex had wanted to be known as Princess Sophie, but the Queen would not allow it.”

The Queen's reported dismissal of Sophie's request appears to align with the correct usage of titles within the Royal Family.

Technically, only women born into the Royal Family may be known as Princess', like Princess Anne or Princess Charlotte.

Sophie could only use the title of Princess in relation to her husband, as Princess Edward of Wessex.

Two fans arrested for homophobic chants at the Man City - Burnley match
Barcelona has no plans to return Dani Alves, as he will take away playing time from Desta and Mingesa
You walk, and I fly. Zlatan about hitting through himself in the match with Verona
Lille coach: Benzema is an outstanding player. This is what is needed for the Golden Ball
Sandro Wagner: Messi didn't deserve the Golden Ball. Chiellini is the favorite, followed by Lewandowski
Gary Neville: Manchester United stars don't plow like de Bruyne, Mane, Bernardo and Firmino. They lack such a work ethic
Salah turned into Messi. Lineker on Liverpool forward

As the killers who terrorised their families face execution, relatives disagree on whether that adds up to justice

The Storyteller by Dave Grohl – a Foo Fighter pulls his punches

Elizabeth Strout: ‘I’ve thought about death every day since I was 10'

I rejoiced in Blair’s triumph in ’97. Will I ever get the chance to cheer again? | Will Hutton

EFL demand Derby’s administrators prove they have £13.5m needed to complete the season

Protection officers for MPs after murder of David Amess ‘under consideration’

15 of Greater Manchester's favourite lost pubs from the 90s

'Stop dictating to us!' Raab announces new plan to curtail power of EU courts in UK

Why was Casualty not on BBC One last night and when will it return?

Rapper known as Tommy the Spitter with song called 'Jail Bars'... is jailed

Whether freedom of speech or fairness to migrants, some principles are sacred | Kenan Malik

Weird collection of 200 concrete animals that you could own

Billy Connolly: ‘It might be lovely on the other side’