Huw Edward's led a stunning tribite to the life and legacy of Prince Philip, the Duke of Edinburgh at today's Trooping the Colour. He explained how the "spirit" and "imprint" of the Duke can be felt all over Windsor Castle where today's parade is taking place to mark the Queen's official birthday. The Duke would have turned 100-years-old on Thursday June 10th. 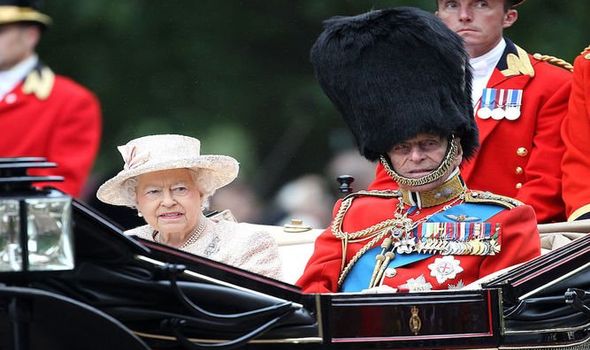 The Queen and the late Prince Philip at Trooping the colour in 2014 (Image: Getty Images)

Huw Edwards said: “Today we are of course celebrating the sovereign's official birthday.

"The Royal family a few days ago would have been refelcting no doubt on another significant birthday.

“Because had he lived the Duke of Edinburgh would have been celebrating his 100th Birthday on the 10th June."

And in a touching tribute, Mr Edwards said: “We are here at Windsor where really the fabric of the buildings and in many ways the spirit of the place bears the imprint of the Duke." 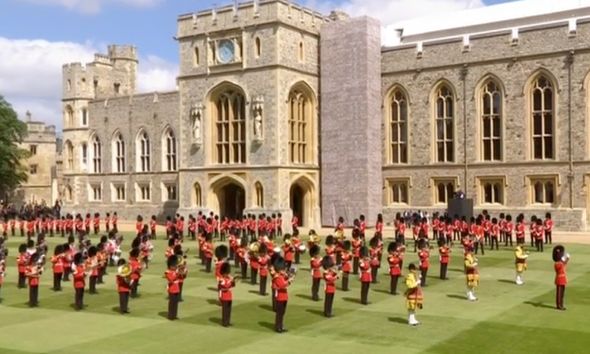 Today is Trooping of the Colour to mark the Queen's official birthday (Image: BBC News)

Royal expert and Daily Mail reporter Robert Hardman replied: "Eveything about this magnificant castle and the estate around it bares the Duke's imprint.

"After the fire of '92 it was the Duke who supervised the restoration, he was the ranger of The Great Park.

"He would have loved this and of course he will be in all our thoughts today."