Brexit: UK 'should not reward China with a trade deal' says IDS

Iain Duncan Smith has said that Britain should use its new found control over its own courts after Brexit to ban a trade deal with China. Speaking to Sky News, the Conservative MP said that it was "time the UK led the world" on the issue. Mr Smith is backing an amendment which would allow domestic courts to declare if genocide is occurring in another country.

The amendment would also prevent the UK trading with any country the High Court rules is committing genocidal acts.

While the Government has opposed the amendment, about 30 Tory rebels are expected to back the change to the Trade Bill.

The Trade Bill returns to the House of Commons next week, prompting the former Tory leader to spearhead a “genocide amendment” to the legislation.

Mr Smith said: "We now need to ask our own court. I was keen on Brexit and part of the reason was we wanted UK courts to make decisions like this."

JUST IN: Emmanuel Macron blasted for ‘unjustified’ meeting with China on deal 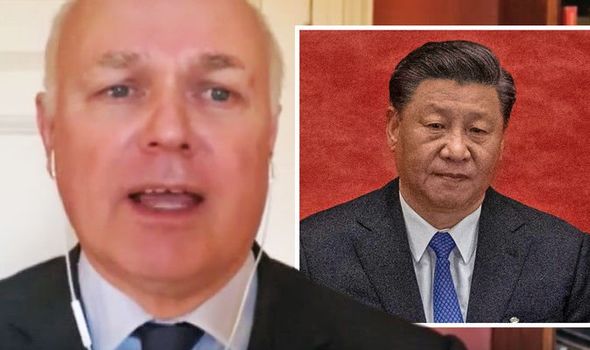 Iain Duncan Smith has said that Britain should use its newfound control over its own courts (Image: SKY NEWS)
Sign up for FREE now and never miss the top politics stories again 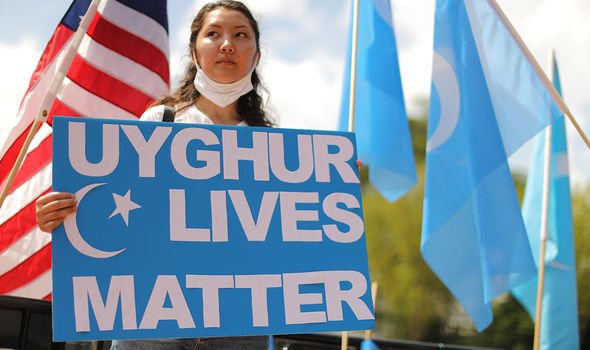 Smith compared the treatment of the Uighurs and other Muslim minorities to the Nazi genocide (Image: GETTY)

The MP added: "I want the UK court to give a preliminary decision that on balance do we think countries, such as China with the Uighurs, or Burma with the Rohingya, have committed genocide.

"It is an outrage and it is time the UK led the world on this."

Mr Smith compared the treatment of the Uighurs and other Muslim minorities in China to the "ghastly pictures from the 1940s of Jews being shipped off to concentration camps".

He added: "The British Government should embrace this. Do we want to do a trade deal with a country guilty of genocide? I think not. 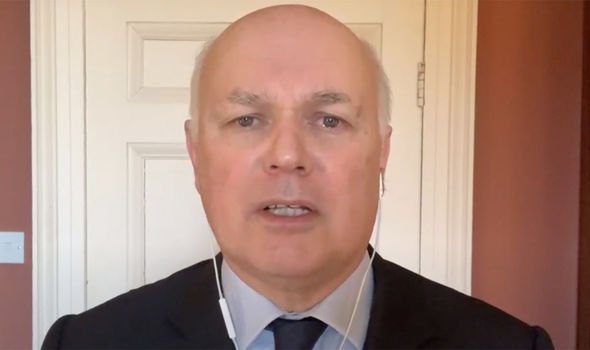 Smith is backing an amendment which would allow domestic courts to declare if genocide is occurring in another country (Image: SKY NEWS)

"There is no way the UK should reward any country that is ghastly in terms of what it does to its own people with a trade advantage.

"Since the Second World War we have protested about the concept of genocide but literally nothing has ever been done.

"This will send a signal of hope to the Uighurs that the world cares about what is happening to them." 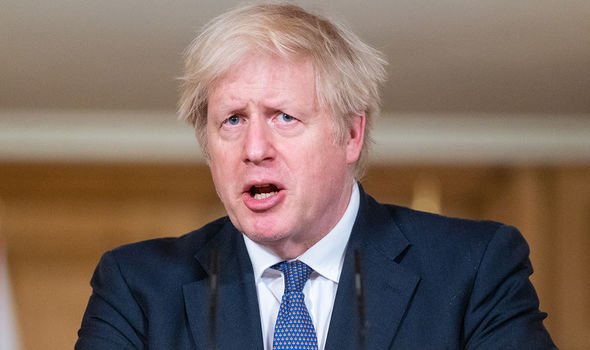 While the Government has opposed the amendment, about 30 Tory rebels are expected to back the amendment (Image: GETTY)

He pointed out that the US Senate was looking to follow the UK in drawing up a similar measure.

Tory MP Nusrat Ghani, who is also backing the amendment, said: “We’ve got to be on the right side of history here.

"This is Britain’s first chance outside the EU to show what our values really mean.

"Why on Earth would we want to use our new found freedom to trade with states that commit and profit from genocide? Britain is better than that.”

Boyarintsev about the time in Nosta: The metallurgical plant was puffing at the top of its lungs. The sediment on the field fell out, sometimes
Fonseca about 1:2: Roma failed in the first 20 minutes and could not cope with the high pressure of Milan
Director of Akhmat about 1:2 with Dynamo: Logic is not always present in everything
National team coach Panikov on Golovin: For actions at speed with the ball-top. The more, the better the result
Manchester United have not lost 20 consecutive games away from home in the Premier League. Up to Arsenal's record of 7 games
Pioli on 2-1 with Roma: Milan could have scored more
Simeone repeated Aragones record for wins (308) with Atletico, having played 100 games less
Source https://www.express.co.uk/news/politics/1385083/Boris-Johnson-IDS-Brexit-power-China-genocide-court-control-Uighur-trade-deal-latest-vn?utm_source=feedburner&utm_medium=feed&utm_campaign=Feed%3A+daily-express-news-showbiz+%28Express+%3A%3A+News+%2F+Showbiz+Feed%29