A YOUNG woman who was shot in the head at point blank range miraculously survived after playing dead – and now she’s mom to a beautiful baby daughter.

Army veteran Sydney Rice, 25, almost died when a college pal opened fire after a row with her boyfriend, killing him instantly.

Incredibly, she survived the traumatic ordeal after playing dead until the callous attacker had left and she could summon help.

“He put a gun to my forehead – it all happened so quickly,” explained Sydney, from Huntington, West Virginia.

As she begged for her life, Sydney was shot while staying the night at her boyfriend Aaron Black’s house after the two men had a row over a puppy business.

“Oh my God no, please don’t! Don’t shoot me,” Sydney had begged her attacker, she revealed to The Sun.

“He didn’t say a word as he pulled the trigger at arms -length away from my forehead.”

Oh my God no, please don't shoot me!

The terrified young woman was in bed when her college student boyfriend’s pal Quenton Sheffield had come over for a late-night visit and burst into the room brandishing a gun.

As the horror unfolded, Sydney made the gruesome discovery of her boyfriend dead at the kitchen table after he too had been shot in the row.

“I felt extreme pain in my right eye and I fell on the bed, my ears ringing so loudly from the gun shot that they screamed,” said Sydney.

“As I didn’t know if Quenton was still there, I pretended to be dead until I was sure he had took off.

“As I ran into the kitchen, I saw Aaron sat at the table like he always did, his head and his hands on the table, face turned towards me.

“His eyes were wide open and he had been shot multiple times.

After calling 911 following the unprovoked attack on September 2, 2017, Sydney desperately tried to revive her boyfriend, who was 20 at the time.

“I moved him gently to the floor, turned him over and started CPR. I think in my heart I knew he was dying and it was futile, but I had to keep trying,” she said.

“Please don’t die,” I whispered. “Aaron you can’t leave me!”

Brave Sydney ran outside to meet the ambulance in a surge of adrenalin, despite her own devastating injuries.

After telling medics and cops what had happened, Sydney collapsed.

“It was such a relief to see help arrive,” said Sydney.

“Please don’t let me die, I begged the paramedic who tended to my bloody wound.”

The injured young woman was rushed to hospital where surgeons performed an emergency craniotomy to remove the bullet that had gone through the middle of her forehead and lodged in her right eye socket.

“I woke up the day after my surgery and my first thought was Aaron,” added Sydney.

“How is Aaron doing? I asked, praying that he had survived.”

But as doctors revealed Aaron had died after arriving at hospital with no brain activity, a devastated Sydney realised the full extent of the night’s tragedy.

“The pain in my heart was excruciating – the man I had always imagined I would spend the rest of my life with was gone and I still didn’t know why and what had happened that night.

“The only thing I knew was that Quenton had shot us both and left us for dead.”

She was released after 10 days in hospital and went home to pick up the pieces and deal with severe post traumatic stress.

"Physically, I had made such a good recovery that I didn’t even need any rehab," explained Sydney.

"My face was a mess, though – it was badly swollen and I had lost my eye, but it was thought better to send me home so that my body could gradually heal itself.

"Mentally, I was a mess and I was diagnosed with severe Post-Traumatic Stress Disorder. I suffered from extreme nightmares and I couldn’t leave the house. I had such a lot of grief and guilt that I survived and Aaron didn’t."

More than a month later, Sheffield handed himself into cops and was convicted in 2020 of the first-degree murder of Aaron and of Sydney’s malicious wounding.

He was sentenced to life in prison.

“Since the shooting, I’ve had multiple fillers to correct the shape of my face from the damage done by the bullet. I still have nightmares and flash backs,” said Sydney.

Although Sydney will never fully recover from her physical and emotional wounds, she is now engaged to security guard Jeffrey Johnson, 24.

The couple have a one-year-old daughter Laya and are planning their wedding for winter 2021.

“Doctors say it’s a miracle I’m here,” said Sydney. “After emergency surgery, the doctors had to leave most of the bullet lodged in my head as it’s too risky to take it out.

“I’m just so thankful to be alive and while I will always miss and love Aaron, I have a new life with Jeffrey and Laya to live to the fullest. 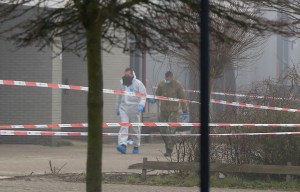 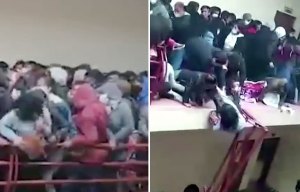 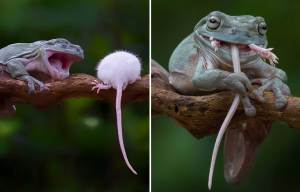 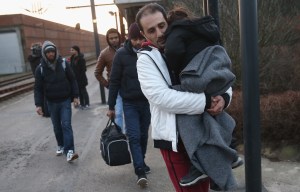 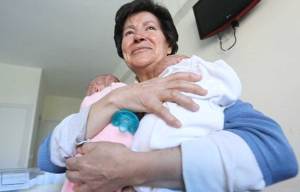 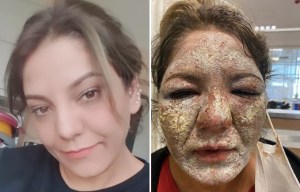 “It’s what Aaron would want for me, he would be happy to see I am living a good life.

“I still miss him and I always will, but with Jeffrey and Laya by my side, I know I will never be alone and I look forward to my future.

“Each day gets easier and now I’m planning the wedding of my dreams. I have so much living to do.”