SCROLLING Facebook, Liya Neild-Sliney hovered over an ad for nappies.

Usually, she might swipe past it but this time she could feel herself welling up — because she had recently miscarried a baby.

The 33-year-old, who has suffered fertility problems, had been using a period tracker on her mobile phone to record her cycle, but when she stopped noting in the app after the miscarriage, social media sites still believed she was pregnant.

Liya says: “It just feels like these companies are rubbing it in your face. Almost every time I’m on my phone I still receive baby ads.

“It’s unfair. Technology might be able to have detected I was pregnant, but it’s not clever enough to know when something goes wrong.”

Liya and husband Robert Sliney, 34, from Luton, Beds, have been trying to conceive for almost five years.

After being referred to a fertility clinic, Liya was diagnosed with polycystic ovary syndrome (PCOS), adenomyosis, a condition where the inner lining of the uterus breaks through the muscle wall, and endometriosis, where the uterus lining begins growing in other places.

Despite these conditions making it difficult for her to conceive naturally, the couple were ecstatic when she became pregnant in December 2017. Liya says: “We were over the moon. We’d been trying for so long — we shed lots of happy tears.”

But in February 2018 Liya started bleeding and emergency scans showed she had miscarried.

She says: “I couldn’t stop crying. When we realised we were having problems conceiving, we counted that 26 couples we knew had got pregnant. I started to unfollow friends on social media as I couldn’t deal with seeing what they were posting, but then I was met with constant baby adverts.”

Liya had also downloaded a pregnancy tracker on her phone which told her each week what size the foetus would be.

After her miscarriage, she deleted the app from her phone, but she began receiving emails congratulating her on the size of her baby as she hadn’t unsubscribed from the notifications.

Liya had also been googling her health condition, miscarriage and fertility sites. She then found that social media ads were consistently promoting baby formulas, nappies, prams and other baby stuff.

She says: “I receive baby ads every time I use Facebook. I often use YouTube as well to listen to music and the same baby ads pop up. I just end up throwing my phone across the room.

“There have been a lot of tears. I can be looking up something ­completely unrelated and these ads suddenly pop up. It’s horrible.”

Targeted advertising works by allowing businesses to direct posts to a specific demographic.

Information is collected based on your search history and general profiling such as your age, gender and hobbies that you might have shared on social media or while signing up to certain sites or apps. On Facebook, Liya has looked for ways to report ads, but the company does not make it easy.

She says: “On Facebook, I have clicked on the ‘Why am I seeing this’ tab and it says it is because of my age and gender. And when I click on ‘Report ad’ and ‘Hide ad’ it doesn’t permanently stop them, it just hides that one advert.”

A Facebook spokesman said: “We understand it can be hard to see unwanted ads on sensitive topics and apologise for any upset caused.

“Our Hide Ad Topics feature isn’t perfect and we’re working to make it more accurate. We offer users a number of controls to help them manage the ads they see. From an ad directly you can hide the ad, hide all ads from the advertiser or let us know about a problem with the ad. Or you can choose ‘Why am I seeing this?’ to get more context on why you might be seeing it.”

Similarly, YouTube owner Google is also aware of the problem. A spokesman said: “What is described in this issue would be in direct contradiction to our policies. 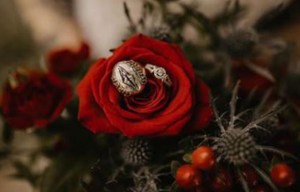 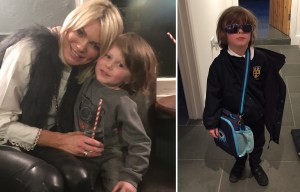 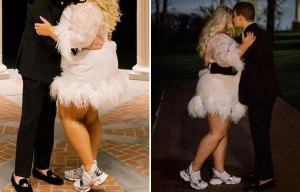 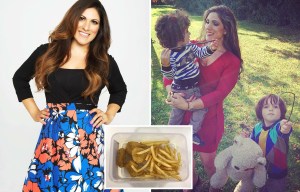 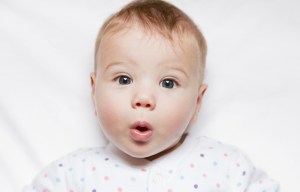 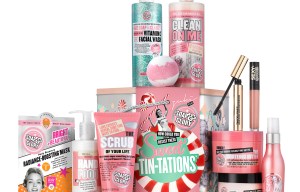 “Google does not personalise ads based on health conditions, including pregnancy, and we prohibit advertisers from personalising ads based on sensitive interest categories.”

Now Liya’s husband Robert, a delivery co-ordinator, has a period tracker on his phone and googles for her, to avoid upsetting ads on her phone.

Liya says: “I have been forced to come off Facebook until I feel I can cope with seeing baby adverts. They can remind you of everything you haven’t got, or might never have.”

Is it NHS responsibility to test every pregnant women for the risk of a child born with Down's Syndrome?

Manchester United consider Dembele as a cheaper alternative to Sancho
In Bulgaria, too, there are problems with the virus: there are 16 cases in one team (it seems that it was caused by one player of the opponent). But it reached the semi-finals of the playoffs!
Ronaldo: The fight against racism is not for the sake of blacks, but for the sake of each of us. No one is born a racist
Joleon Lescott: Messi and Ronaldo are super freaks! Sterling follows them
Maurizio Sarri: Now is not the time to think about Lyon. Atalanta is very good, it is difficult to play against them
De Bruyne has no intention of leaving Manchester City, even if the club is banned from the Champions League
Zlatan on Rangnick in Milan: I don't even know who it is
Source https://www.thesun.co.uk/fabulous/10396253/baby-ads-facebook-miscarriage/

Holly sends emotional message as she takes break from This Morning

WEIRD UK NEWS: Patio doors needed to be removed to fit a boat through

The best shows on TV you must watch