A SELF-CONFESSED "lazy mum" admits she lets her boys game for 12 hours-a-day, stay up until 2am and eat a packet of Jaffa Cakes in one sitting - but insists it's making them better people.

Kerry Davies, 39, from Crewe, doesn't believe in setting rules for sons Zachary, nine, and Gabriel, 13, and prefers to warn them about the consequences of their actions.

And when it comes to doing stuff around the house, she says she'll always find the easiest option - whether that's making the boys do their own packed lunches or cutting corners with the cleaning.

Speaking exclusively to Fabulous, sales director Kerry, who's raising the kids with husband Kevin, 42, a former police officer who works for the NHS, tells her story...

We call ourselves "lazy" parents, because the focus is always on us doing less.

Kevin and I try to coach the boys through life, rather than dictating rules. We're very honest and will explain the consequences of their actions.

If you just say "no" to a child, they will naturally want to do it and push boundaries. In our house, there just aren't many rules to break.

We don't say ‘you must get up at this time, you must do your homework, you can only be on your computer for an hour’.

I don't like being told how to relax, if I want to sit on the sofa for a bit when I get home from work, I'm entitled to do that.

It's the same with the kids, I don't put any restrictions on how they should relax, exercise or what they should eat. We encourage them to be independent and think for themselves.

We have a snack drawer which the boys help themselves to. Some days they don't have anything, others they'll have a full packet of Jaffa Cakes

Sometimes, I'll sit downstairs and ring Gabriel in his bedroom with a question, but I can so why not?

We have a snack drawer which the boys help themselves to. Some days they don't have anything, others they'll have a full packet of Jaffa Cakes.

We do tell them 'it's nearly dinner time, can you not finish all of them?' but ultimately it's their choice.

We have most things in there - Kinder Buenos, Mars Bars and other chocolate, but also crisps, brioche bars, cereal bars, sweets, marshmallows, Fruit Winders, raisins, peanuts, anything they’d want really.

So they eat what they like, but neither of our boys are overweight.

And we always eat dinner together as a family at the table, every night without fail.

We don’t use cutlery for things like fast food or if we're having a ‘picky tea’ with chips and chicken nuggets. We just have a relaxed approach.

They have a say in dinner, I'll give them two or three different choices. It might be bangers and mash or a chicken dinner, but with everything from frozen because I hate cooking.

My friends laugh at me because I even do an Aunt Bessie’s Christmas dinner, with frozen roast potatoes, parsnips and vegetables. I might get fresh meat but I’ll find the easiest, quickest way to do the meal.

We have a takeaway every Friday, normally a curry or a Pizza Hut, and we'll get a McDonald's breakfast or KFC dinner too.

We have a takeaway every Friday, normally a curry or a Pizza Hut, and we'll get a McDonald's breakfast or KFC dinner too. For lunch, I'll say 'you need to make it yourself'

For lunch, I encourage them to make it themselves. Gabriel like beans on toast but they can do most things, like a can of soup or a Pot Noodle.

I'll show them the first time and then say 'you need to make it yourself', although I do supervise them. They make their own packed lunches too.

The boys don't have bedtimes. When they have school, they're quite good, but at the moment because it's the holidays Zachary will stay up watching Netflix with us and go to bed at 10pm or 10.30.

Gabriel will stay up until 1am or 2am gaming, then sleep until 2pm the next day, but there's nothing for him to get up for at the moment. I'd just be getting him out of bed for the sake of it.

He has spent 12 hours gaming in a day, which I know some people will be shocked at, but he doesn’t sit for 12 hours solidly.

He’ll break to eat, play with his brother, go out on his bike.

We don’t monitor their screentime but the boys will take themselves away from it if they start to get angry or frustrated, which they do when they're playing Fortnite.

And we tell Gabriel 'there's more to life than gaming', but he doesn't really listen.

I've not done any homeschooling during lockdown, the boys have self-schooled and it was their responsibility to make sure they were on top of everything.

I'm the same when they're at school. I don't put pressure on them to sit down at the table to finish their homework, they know if they don't do it, they'll be the ones getting punished with a detention.

Gabriel has spent 12 hours gaming in a day, which I know some people will be shocked at

I try to do the bare minimum with cleaning too. The house is clean and tidy, but I’ll buy disinfectant wipes instead of a spray and a cloth, then everything gets wiped down.

We don’t have carpet or curtains, everything is for simplicity with tiles, wooden flooring and blinds.

Normally I hoover and Kev follows me with the mop, so it’s a team effort.

We get the boys to make their beds and keep their rooms tidy, although that one's hit and miss, to earn their £25 a month pocket money.

I work full time so I don't have time for ironing, even with the boys' school shirts and sheets, I just take things out of the wash or the tumble drier and hang them up.

Lazy people know how to find the easiest solution. If we go on a picnic, I'll buy a meal deal from Tesco. I'd never dream of baking a cake when you can buy one in the supermarket.

They look like spoilt brats because they have expensive things, but they're not

Yes it probably costs more, but I’d rather pay someone else to do it. I like food but I hate cooking.

If the boys have a tantrum, we tend to just ignore them.

We're not a perfect household, we do have arguments, but we'll let them sulk until they apologise and then we move on.

We rarely say 'no' to them and when we do it's often a deferred 'yes', like 'you can have it if you do some more chores to pay towards it'.

I think I overcompensate, because growing up with a single mum-of-three kids, I didn't have anything.

So if I can afford something, I don't mind buying it. But we teach our kids the value of money, we'll tell them how many hours Kevin or I have to work to earn it.

They look like spoilt brats because they have expensive things, but they're not.

At the end of their beds, they have big smart TVs with Amazon Fire Sticks, and they each have a computer and gaming chair.

We recently appeared on Britain's Best Parent? on Channel 4 and some viewers said our kids "rule the household" - but that's not true.

You always get people who say "you shouldn't have kids if you can't be bothered" but we are the least lazy people when it comes to going out and doing activities.

We're not lazy in that respect, we're not overweight and we don't touch the TV during the day. Zachary loves football and both our boys like playing outside and climbing trees.

I think Zachary was the most polite, well rounded and confident child on that show, he embraced everything because he is independent and knows his own mind.

Kevin and I will always find the easiest way of doing something, that's just the way we are. Life is so busy these days, you’ve got to find a quicker way of doing it.

But I think protective parents lead to insecure kids and you need to expose people to the real world, because otherwise they're going to have a big shock. 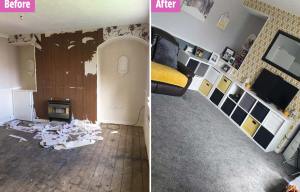 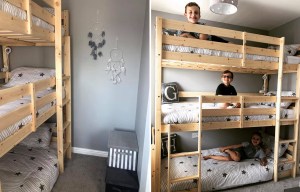 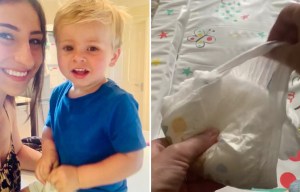 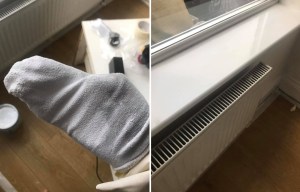 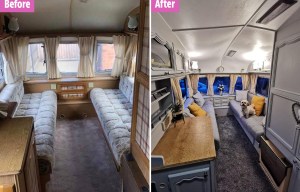 We do tell the kids off, there is discipline in this house. The WiFi will be turned off or we'll take away other privileges, but they're very much in control of that.

We’re trying to encourage them to want to be better, but it all comes down to them. So far, touch wood, it’s going the right way.

Mum lets her kids eat whatever they want, when the want, on Britain’s Best Parent

Jose Mourinho: what happened to Dyer is not normal, he was dehydrated. If the League management doesn't care about the players, I don't
Jose went berserk twice during the match with Chelsea: ran over Lampard and ran to look for Dyer - he rushed to the toilet right during the game
Lampard on relegation from the League Cup: we Need to keep a positive attitude. Everything will come if Chelsea score second, leading the score
Call of nature, what can you do? Dyer explained why he ran to the dressing room during the match with Chelsea
Mourinho and Lampard shook hands before the penalty shootout. In the first half, they had a fight
Dest arrived in Spain to complete a transfer to Barca
Lionel Messi: I Am responsible for my mistakes. I wanted Barcelona to become stronger
Source https://www.thesun.co.uk/fabulous/12393203/lazy-mum-kids-game-12-hours-day-stay-up-2am-jaffa-cakes/