I'M A Celebrity's Ruthie Henshall broke down in tears tonight as she had her first 'low' day in camp.

The West End star was a late arrival to camp alongside Russell Watson last week.

While the pair have slotted nicely into camp with the rest of the celebrities, Ruthie felt a bit emotional in tonight's episode.

When the 46-year-old presenter went to see if she was alright, he found Ruthie in tears on her bed.

"Are you alright? Do you just miss home?" he asked as she wiped her tears.

Vernon told her everyone had "had a dip" before adding: "I didn't think I'd be switching to the 'happy place' as often as I am."

"And nobody sees me like that, they see me as a very strong, tough woman."

Back in the sleeping quarters, Victoria Derbyshire consoled her, saying: "You are absolutely allowed to feel vulnerable, no one is strong all of the time, no one.

"No one is happy all of the time, none of these things are a permanent state, it's good to let it out, let it go, get it out of your system."

Ruthie continued in the Telegraph: "You have an idea of you will be in here, I'll be the mother, I'll be the entertainer, I'll be this, that and the other, but you're not the strong woman that you thought you were." 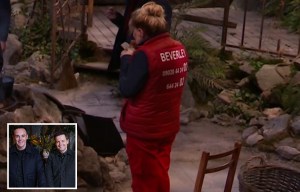 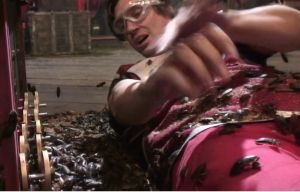 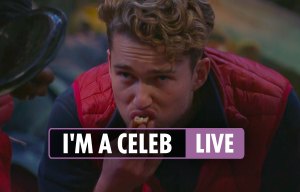 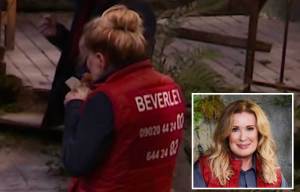 Vernon then brought Ruthie his cashmere blanket from home, which was his luxury item, leading Ruthie to tell him how kind he is.

He added: "I'm just having a moment, it's that realisation that you are so much more vulnerable than you think you are.

"It might be for me that I need to stop putting on the armour, what works in the outside world, you know the armour you put on out there, just doesn't work in here."

Brother Chalova moved to the Serbian Subotica
Barcelona will not sign Garcia in the winter due to financial problems
Rodgers on the draw with Everton: It was unlucky that Leicester did not score the second goal
Ancelotti on 1-1 with Leicester: I don't remember Hames scoring with a right before
Andrea Pirlo: In my 1st season at Juve, we were behind Milan, but we took the title. Everything depends on us
The judge made two mistakes. De Gea was pushed and there was no foul on our cancelled-out goal. Solskjaer on the loss to Sheffield
Maguire on the defeat to Sheffield Wednesday: We gave the opponent two goals, we didn't play at the level we expected
Source https://www.thesun.co.uk/tv/13289478/im-a-celebrity-ruthie-henshall-breaks-down-tears/