TESS Daly has paid a heartfelt tribute to her I’m A Celeb finalist husband Vernon Kay, insisting “he’s a winner to me”.

The presenter, 46, came in third place during the live finale and told host Ant and Dec that he’d achieved his goal of “making his girls” proud.

As Vernon was announced runner up in the show in third place, his wife Tess Daly, 51, posted a loving message to her beau, declaring: “He's made us beyond proud!”

I’m A Celebrity took place this year in Gwrych Castle in North Wales for the first time due to the coronavirus pandemic.

Vernon, Jordan North, 30, and Giovanna Fletcher, 35, ended up being the final three contestants all vying for the crown.

All three have been stand out stars of the series and Tess couldn’t resist sharing her delight at her husband’s success.

Posting to her Instagram Stories the mum-of-two shared a screengrab from the last FaceTime conversation they had before he went into camp.

The Strictly Come Dancing host followed it up with a collage of photographs from Vernon’s Instagram account and his time in the Castle, and added the gushing caption.

She wrote: “LOVE YOU VERN What a rollercoaster... he went in wanting to make us proud, and he made us beyond proud!!

“He's a winner in our eyes and we're just chuffed to have him home! But that cashmere blanket's going straight in the wash... [laughing face emojis]”

Earlier in the evening Vernon had paid his own tribute to his beautiful wife leaving viewers across Britain sobbing as he broke down in tears.

“Love you forever and ever. And girls - I hope I've made you so proud.”

Vernon's voice then cracked as he teared up, holding up the tag that came with his gift from home, which he wears around his neck.

Another tweeted: 'Tess i love you baby' my heart vernon." 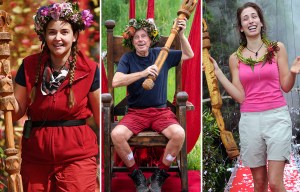 GOD SAVE THE KINGS & QUEENS

All I'm A Celeb winners from Jacquline Jossa to Harry Redknapp 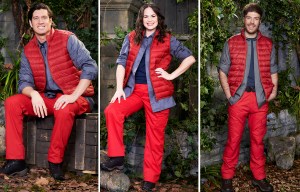 QUEEN OF THE CASTLE 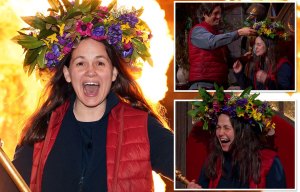 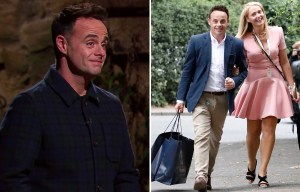 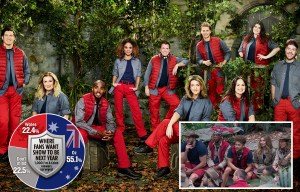 The former Family Fortunes host said he was "flabbergasted" to have made it to the final alongside Jordan North and Giovanna Fletcher.

He said: "I was in complete and utter shock that Shane left. He was the top man in camp.

"It means the world to me that I'm in the final, that people have taken the time to pick up the phone and push the buttons. I'm flabbergasted."

Tonight, viewers decided Giovanna Fletcher would be the first ever Queen of the Castle.

Leicester have stopped negotiations on the loan of Eriksen due to the high salary of the player
Buffon-Ronaldo: CR 760! I could have scored less
Barcelona's appeal against the suspension of Messi was rejected
The youngster agreed to go to Arsenal. Real will give midfielder in rent without the right of redemption
President of Genoa: I intend to keep Shomurodov. Juventus did not contact us
Liverpool have not scored any of their last 87 shots in the Premier League. The team has 4 consecutive matches without goals
Leroy Sane: Pep teaches so that I started to hear the little man in my head
Source https://www.thesun.co.uk/tv/13389993/im-a-celebrity-final-tess-daly-vernon-kay-third/

BREAKING: Ayrshire set for more snow this weekend after warning is issued