I'M A Celebrity have unveiled their new show logo as the set moves to the haunted Welsh castle.

The super popular ITV show has spent the last 17 years in the Australian outback, but pandemic restrictions means it's now taking place in Wales.

I'm A Celeb have updated their logo to reflect this, with the words "I'm A Celebrity Get Me Out of Here!" sitting on castle turrets instead.

It formally sat on the Aussie trees surrounded by blue sky, now there are a few dark clouds and more Welsh shrubbery surrounding.

The logo change comes with the new location, as the show was forced to relocate to go ahead.

It's now being held in a new haunted venue - Gwych Castle, Abergele in North Wales.

The celebrities will have to wrap up warm in the new venue, as the campmates will be greeted by freezing temperatures for days when they enter the Welsh castle.

The area will be lashed by torrential rains in the period leading up to the start of the ITV1 show, on 15 November.

But then the clouds will depart – leaving the mercury to struggle above zero thanks to the clear skies.

Temperatures for the opening episode will be a maximum of 5C with a minimum of 0C. 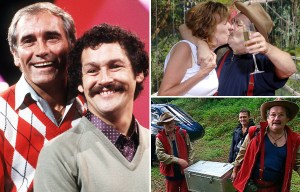 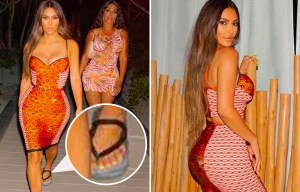 The following day the thermometer will rise to just 5C after being 1C in the morning.

ITV chiefs have splashed out a fortune on foul-weather gear for this year’s I’m a Celeb campmates – who include Shane Richie and were exclusively revealed by The Sun this week - such as thermals and bedding to withstand freezing temperatures.

But it's not just the cold and trials celebs will have to deal with as the castle is so haunted it has rooms dogs won't even go in.

The sprawling 200-year-old castle is thought to have been haunted for decades, with ghost tours revealing creepy pet cemeteries, dingy cellars and a laundry block that's claimed to have been the site of a grisly murder.

West Brom can be bought by us investors. The Chinese owner of the club wants 150 million pounds
Lampard on Mourinho's words about ponies: You have Kane, Son, bale and alli. We are all fighting to win the Premier League
Mourinho on winning the Premier League: Tottenham are not in the race, because we are not a horse, but a pony
Laurent Blanc: I will return to football, but in children's. Now coaches are being asked to increase the cost of players, I don't like it
United staged the main comeback of the weekend-with the help of Cavani. He came out at 0:2 and registered the victory, making 2+1
Setien filed a lawsuit against Barca due to non-payment of compensation for the termination of the contract
Napoli stadium will be renamed in honor of Maradona. Mayor of Naples confirmed
Source https://www.thesun.co.uk/tvandshowbiz/13054798/im-a-celebrity-welsh-castle-new-logo/

I set my husband a pregnancy deadline – luckily he smashed it by seven months, says Escape to the Chateau’s Angel

Strictly fans upset as the latest celeb leaves the show

Woman ‘stabs herself to fake self-defense after shooting husband dead'