SHANE Richie enjoyed a close friendship with the late Reggie Kray and would regularly visit him in prison, The Sun can reveal.

And the legendary-London gangster - who controlled London's gangland scene for two decades alongside brother Ron - once even stepped in to BURN down an office belonging to a man who owed Richie £8,000.

The Alfie Moon actor said the shocking incident unfolded after Reggie asked him if there was anything he could do for him during a visit at Maidstone Prison in the mid 1990s.

“I said to him: ‘Funnily enough there is Reg.’

"I’d done some gigs at Butlins years earlier for an agent who never paid me. He owed me £8,000 which was a lot of money back then.

"When I asked him for it he told to stick my request up my a**e because I didn’t have a contract. I’d trusted him and he’d tricked me.

"I told Reg that this guy lived in Canvey Island and that I was trying to take him to court to get my money back.

“I gave him the guy’s name but thought no more of it. I don’t know exactly to this day what happened but word has it Reggie made a call, the agent told him where to go, and, low and behold, his office was burnt down.”

A week later Richie received a cheque for the whole amount, flowers for his then wife Coleen and toys for their kids.

Writing in his memoir Rags to Richie, the actor said of the incident in 1995: “What is it a coincidence?” I don’t think so.”

Loose Women star Coleen Nolan once admitted she ripped up a picture sent from the notorious gangster, after claiming he was "obsessed" with her ex. 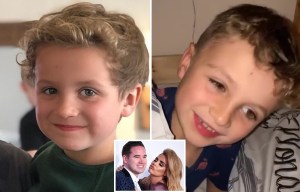 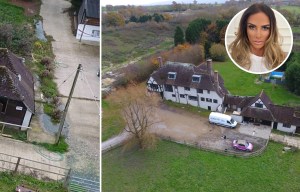 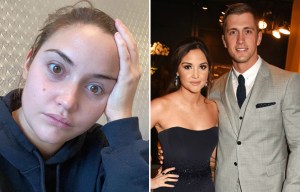 It was dated 1995 and had "peace" handwritten across the top, along with the address of the prison in the top left corner.

Coleen later said on Loose Women: “He also [Reggie Kray] sent me two drawings for Shane [junior] and Jake – he drew two pictures for them.

"People have asked me if I still have them as they’d be worth a fortune but I ripped them up.”

Klopp on Alisson: My God, what a goalkeeper! Needed him at 2 points Manchester United
Eldor Shomurodov: Torres and Drogba are my idols. Would like their autographs
Alaba is almost real. It seems that instead of Ramos: Sergio will not be able to replace directly, but will affect the team through a change in style
Alaba's father on Real Madrid: The contract has not been signed, the decision has not yet been made. There are other clubs
Alaba has not yet agreed with Real Madrid. The player is in talks with Barca, City, Manchester United and PSG
I'm the girl who lost her mother. The Athletic forward received a touching letter after the winning goal in the Super Bowl
Atletico want to extend Simeone's contract until 2024. The coach is ready to reduce the salary due to the crisis
Source https://www.thesun.co.uk/tvandshowbiz/13288157/im-a-celebrity-shane-richie-friendship-reggie-kray/