WHEN Jennifer Aniston first lit up the screen in Friends back in 1994, hairdressers were deluged with customers requesting “The Rachel” cut.

No harm in that. But a burgeoning trend among today’s young women is a very damaging “cut” indeed.

Cosmetic surgeon Tijion Esho has expressed grave concern at how many twenty-somethings want to go under the knife to look like the heavily edited/filtered versions of their online selves.

“At least ten patients a week are asking for this. I don’t recognise them when they come in because they look so different to the edited pictures,” says Dr Esho, who has clinics in London and Newcastle and, quite rightly, refuses to carry out their wishes.

They are indeed. Be it digitally smoothing out the skin, widening the eyes, plumping up the lips or erasing natural lumps and bumps, the desire to attain a wholly unrealistic, almost cartoonish, look is consuming many young women whose body image has been warped by these editing tools.

To highlight this issue, the ITV show Loose Women has launched another Body Stories campaign to follow its successful swimwear shoot in 2017 where panellists, including me, showed that women’s bodies come in all shapes and sizes. The tagline was “You can look, but you can’t retouch”.

This time we have posed in our swimwear again, alongside filtered and heavily edited versions that eliminate any “flaws” and elongate our natural shape, tactics commonly used by certain social media “influencers” who have millions of young fans.

'A worrying example for my daughters'

Caroline Nokes, the Conservative chairman of the Women and Equalities Committee, recently ran a body-image inquiry for Parliament that found that edited and filtered photos on social media are a major cause of negative feelings.

She says: “What struck us was the evidence of the pressures young people feel under to look perfect all the time. I was shocked by the number who felt unhappy or very unhappy with the way they looked. It is a really terrifying direction of travel.”

Body confidence for me is about self-esteem in general. If you like who you are, then what does it matter what you look like? If you filter out all the differences, what are you left with? Just clones. I’m 60 next year and my body is entirely in keeping with a woman of my age.

I have cellulite, a wobbly tummy, the beginnings of a bunion and a crepey neck and cleavage from too much sunbathing. But you know what? This body created and gave birth to two kids, so as far I’m concerned it is incredible.

For the retouched version they’ve given me a tan, smoothed out my thighs, increased and lifted my boobs and given me the excessively cinched waist of a Barbie doll. I look 20 years younger but it’s totally unrealistic, so what’s the point?

If I posted this photo and pretended it was the real me, I’d not only be lying to others but to myself, while also setting a worrying example for my daughters.

A Loose Women poll has revealed that 78 per cent of parents are concerned about the effect edited images on social media have on their child’s body confidence.

And with recent studies showing that 90 per cent of young women are editing pictures of themselves and feel “depressed” because they can’t live up to edited ideals, it’s easy to see why. Just look at the fuss when, shock horror, an unedited photograph of Khloe Kardashian was mistakenly posted online and her “team” pulled out all the stops to try to have it taken down.

“In truth, the pressure, constant ridicule and judgment my entire life to be perfect and to meet others’ standards of how I should look has been too much to bear,” Khloe, 36, explained.

She added: “My body, my image and how I choose to look and what I want to share is my choice. It’s not for anyone to decide or judge what is acceptable or not any more.” 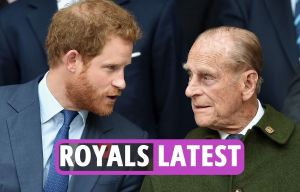 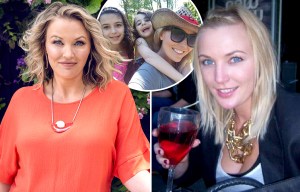 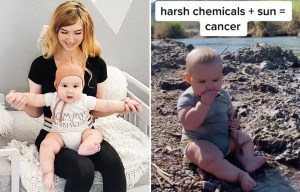 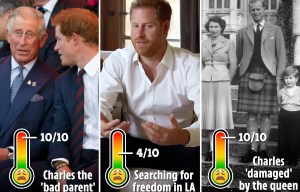 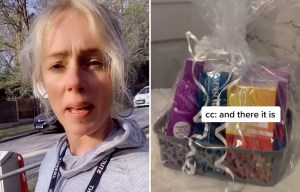 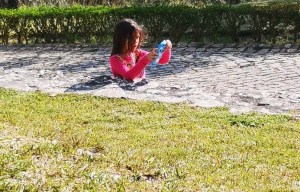 Mum shares photo of daughter sinking in concrete - so can YOU work it out?

Hmmm. Fair enough if you’re honest and put #filtered next to an edited image of yourself. But if you don’t then, as Dr Esho said, you’re peddling “impossible, unachievable looks” to your legion of young fans who deserve to know the truth.

So this week, all the Loose Women who took part in the latest campaign will be encouraging viewers to join us in posting unedited photos on social media, with the hashtag #LWKeepItReal, and to be honest when images have been altered.

Why don’t you join us?