WHETHER it's during an ultrasound or in the delivery room, one of the most exciting moments for any expectant parent is finding out their newborn's gender.

But mum Jessyka Gonoring had an agonising extra two months to wait until she found out whether she'd had a boy or girl.

Her baby was born with a rare birth defect which caused a malformation of the genital organs - leaving docs unable to identify the sex.

The 30-year-old, from Guarapari, Brazil, could not even give their baby a name until a genetic test finally revealed last Thursday that their newborn was a little girl.

Up until that point, she had been calling the infant Emily as she was convinced she'd had a little girl - and thankfully her intuition was right.

She told Vitoria TV that they had been warned about the gender uncertainty before Emily was born on December 24 last year.

Jessyka said: “When we had our first child, Agatha, six years ago, we were able to identify her sex during the ultrasound scan.

“But doctors warned us early on in this pregnancy that our baby would be born with a malformation in the intestines.

"They told us they would be a delay in knowing whether our child was a boy or girl until a few months after the birth.”

When she was born, medics diagnosed her with omphalocele - a birth defect that affects the urinary tract, bladder and bowel, and causes malformation of the genital organs.

The chromosomal abnormality leaves the abdominal organs protruding through a hole in the belly button.

As the baby develops during the first trimester, the intestines get longer and push out from the belly into the umbilical cord.

By the eleventh week of pregnancy, the intestines normally go back into the abdomen.

With omphalocele, the intestines and other organs remain outside the abdominal wall, with a membrane covering them.

Emily was born without the female genital organs being fully formed

The exact cause for abdominal wall defect is not known.

“She had bladder exstrophy, which is where the bladder protrudes through a defect in the abdominal wall.

"The final portion of her intestines were exposed and she had a defect in her hip which left the bone slightly open.

“This made it difficult to make a diagnosis of whether the baby was a boy or a girl because the physical characteristics were undeveloped.”

Doctors needed to carry out a genetic test, called a karyotype, which identifies and analyses the child's chromosomes determining whether they are XX (female) or XY (male).

But the results take about eight weeks to come back.

Jessyka, a housewife, said: “The wait was extremely distressing.

“It was hard to see other mothers dressing their baby in blue or pink outfits and I couldn’t do either.

“When people cooed over my baby, I wasn’t able to tell them her name or to say she was a boy or a girl. It was so hard and stressful.”

Omphalocele, also known as exomphalos, is a birth defect of the abdominal (belly) wall.

The infant’s intestines, liver, or other organs stick outside of the belly through the belly button.

The organs are covered in a thin, nearly transparent sac that hardly ever is open or broken.

As the baby develops during weeks six through ten of pregnancy, the intestines get longer and push out from the belly into the umbilical cord.

By the eleventh week of pregnancy, the intestines normally go back into the belly.

If this does not happen, an omphalocele occurs.

The causes of omphalocele among most infants are unknown.

Some babies have omphalocele because of a change in their genes or chromosomes.

Omphalocele might also be caused by a combination of genes and other factors, such as the things the mother comes in contact with in the environment or what the mother eats or drinks, or certain medicines she uses during pregnancy.

It occurs in 1 in 4,000 births and is associated with a high rate of mortality (25 per cent) and severe malformations,

Infants with an omphalocele often have other birth defects that include genetic problems (chromosomal abnormalities), congenital diaphragmatic hernia - an abnormal opening in the diaphragm, and heart and kidney defects.

These problems also affect the overall outlook (prognosis) for the baby's health and survival.

Her bricklayer husband Antonio Gonoring, 31, believed the child was a boy and even tried to name him - but the mother’s intuition won through.

She said: “We tried out best not to argue over this and agreed not to commit to a name because we felt it was important to get it right by waiting for the outcome of the exam.

“But deep down, I knew my baby was a girl. When I cuddled and caressed her I always called her my princess.”

The relieved mum-of-two added they have finally been able to register the child’s birth.

To mark the test result, neo-natal staff at the Children's Hospital of Vila Velha, where the child was born, staged a surprise gender reveal party.

The anxious parents found out their baby was a girl in a shower of pink confetti.

Emily, who remains hospitalised in the intensive care unit, has already undergone surgery to have a colostomy bag fitted.

She will need to undergo multiple operations into her adolescence to correct the urinary tract, reconstruct the bladder and bowel and rebuild the genital organ. 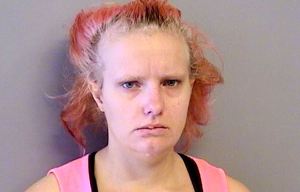 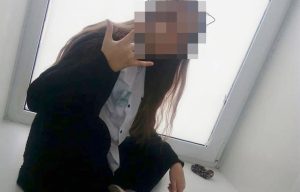 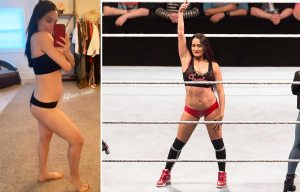 LOOK AT THAT, MY BABY 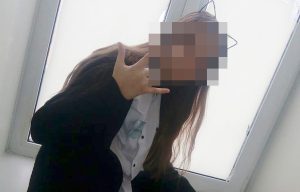 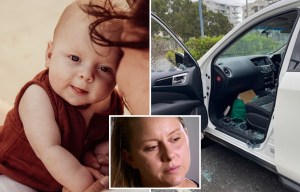 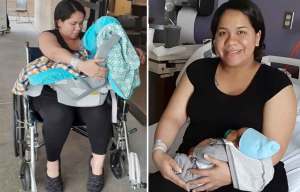 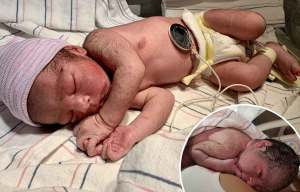 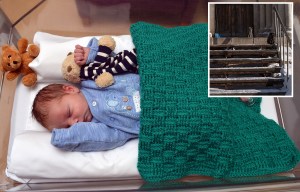 I took in helpless baby who was abandoned after mum, 14, was raped by own dad 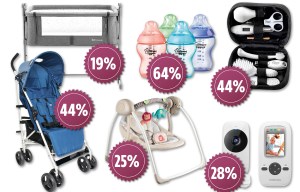 Lidl is selling baby and toddler essentials at a bargain price 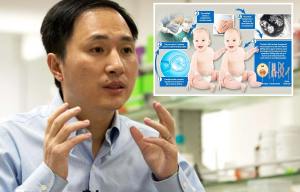 "We are preparing to discharge her next week and she will continue to be monitored and cared for as an outpatient.

“We will wait for her to reach her first birthday before we continue with more surgery."