When John and Angie Liveris decided to tie the knot on 13 September 1980, they were lucky enough to have their pick of venues on a Saturday, usually the most sought-after day of the week for weddings. Or perhaps not. That day, as the Perth couple celebrated their nuptials, four of the guests’ cars were broken into and one was stolen. Then, just a few days later, their reception venue, Wembley Lodge, burned to the ground. Yet the 13th bode well for the couple who are still together more than 40 years later and happier than ever.

They were 19 when they met, both working in the same department at Sunbeam Appliances in Perth. John was in servicing and Angie was doing clerical work. They laugh when asked about their first date. “I don’t know if it was such a date,” says John.

It was a hot summer’s day and most of the office went down to the beach after work. Afterwards John had to check up on his parents’ home while they were away, so he asked Angie if she’d go along for the ride. “Things started there,” he says. They look at each other and laugh: “It wasn’t really that romantic. It was more impulse.” 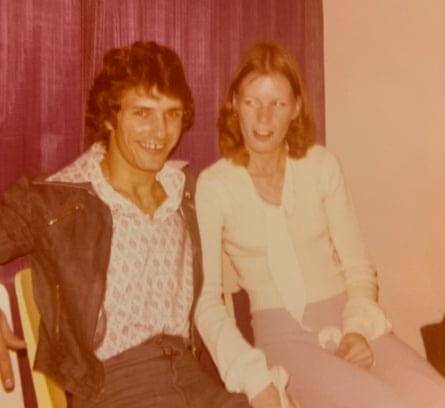 Angie caused a stir when she turned up at John’s 21st birthday party. Photograph: John and Angela Liveris

But things had been brewing for a while: “We were attracted to each other,” says John. “We got on like a house on fire and we thought, we’ll try this, and that’s how it blossomed.” They had similar interests, says Angie, and a shared sense of humour. “We don’t take anything too seriously,” says John. “And it stayed like that.”

They say they have very similar personalities, jokingly chalking that up to being Geminis. They say they are both good communicators, resilient and easygoing, but the similarity has its downsides too: “If something doesn’t get done, we’re both the same – it just won’t get done,” says John. “And things don’t get done till you put your foot down and say, ‘Right, we’re going to do this now.’ Angie chimes in: “And that’s usually me putting the foot down.”

Initially John’s big Greek family weren’t keen on Angie. They had wanted John to marry someone Greek and when she turned up at his 21st birthday party to meet the family, she caused a stir. “They used to call me ‘the Aussie’,” Angie remembers. “And John used to laugh. He goes, ‘Well, they’re all Aussies.’ They all were – and I was born in England.” 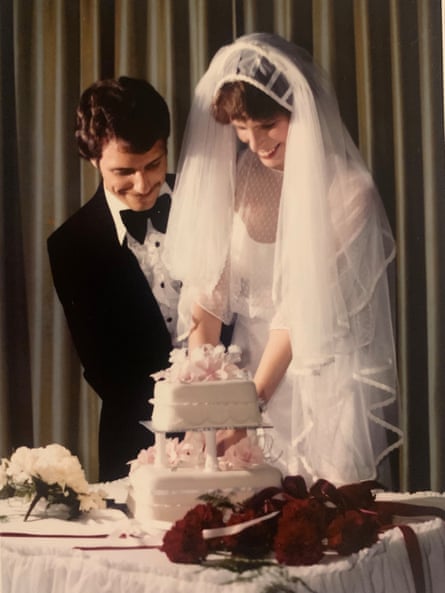 John was surprised by his parents’ reactions, particularly his English-born mother who had been through the same thing when she married his father. He had no intention of listening though: “I thought, ‘Well, bad luck. They’re not telling me what to do.’ ”

It was only the day after the wedding that Angie felt like her new father-in-law finally accepted her: “He went from one extreme to the other.” And by the time the first of their three boys came along, the old rifts were forgotten.

Their family life was “full on” and they both learned to be flexible. Not long after their second son arrived, John was offered voluntary redundancy. It made financial sense for him to stay home with his kids for about a year, while Angie went back to work part time.

But it wasn’t easy. “[It was a] role reversal which wasn’t the done thing then,” Angie remembers. John would take his boys on playdates and the mothers would happily integrate him into their groups, but he remembers the sting of judgment from others. “People used to look down their nose at you, and say, ‘What the hell are you doing? Why are you doing that?’ “

It was tough but worth it, he says, allowing him to switch careers, get a better job in government and spend more time with the boys.

The early years passed in a flurry as they juggled school and kids’ activities with their work. Only half-jokingly, John says they got small dogs to replace the boys when they left home: “You’ve got to keep interest there, otherwise you go one way, and she goes the other. And that’s when it all falls apart.”

They agree on most things including religion and politics – both Liberal voters who believe in working hard, saving money and getting on in life. They almost never argue.

“If we have an argument, I just walk away, always have,” says John. “We very rarely yell at each other. And when we do, the boys will get very upset because [they’re] not used to it. It’s not something we do.”

One of the few things they occasionally disagree on is money. “One’s got to be a tight-arse, and one’s kind of easygoing with the money. And I’m tight-arsed, because if I wasn’t a tight-arse, we wouldn’t have any money,” jokes John, before Angie pipes up: “We would so. You are so wrong.”

She’s figured out how to deal with him though. “John used to always say, because he’s such a tight-arse, ‘How much was that?’ So I started saying $2. For quite a long time I’d say $2. Now he doesn’t even ask, because there’s no point.” 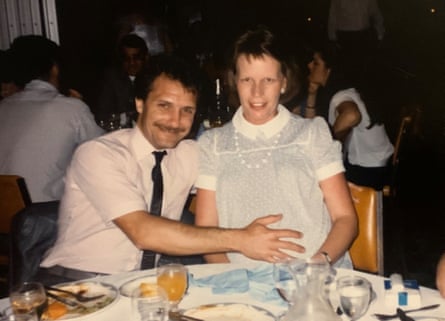 John is serious for a moment: “I think any challenge to a relationship, you’ve got to be prepared to give and take a bit. If it’s not too major, you should be able to walk away, and come back and say, ‘Oh, well. We shouldn’t have done it that way. We should have [done this].’ ”

Although they both recently turned 65, the couple have no plans to retire. “I’d be bored,” says Angie. “I think it’s good to keep your brain going. And I’d definitely go back to volunteering somewhere along the line.”

They had planned to celebrate their 40th anniversary this month with a trip to Cambodia and Thailand. But the pandemic forced them to put their holiday plans on hold. Instead their boys took them out for lunch and then booked them into the Perth Ritz-Carlton for a few nights.

Their commitment to each other is stronger than ever – but there’s still plenty of room for freedom too.

“Of course there’s got to be commitment there on certain things,” John says. “But you’ve still got to have a bit of freedom too. I never say to Angie, and she never says to me, ‘No, you’re not going there. You don’t need to go there.’ ” Angie agrees: “You can’t control each other’s lives.”

The most important thing they learned is that commitment means not to taking the easy way out. Couples often think it could be easier to leave and start all over again with someone else, says John. “You’ve got to work at relationships, otherwise they won’t work. They’ll fall apart. And if you think something’s not quite right, then discuss it. Communication. You’ve got to talk about it, or it won’t work.” 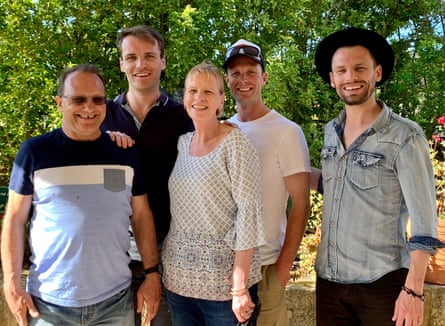 John and Angie with their three boys. Photograph: John and Angela Liveris

Mostly it comes down to tolerance. “We’re not going to fix it by ranting and raving. Let’s try and come up with an answer. And we’re solvers.” They’ve also learned the value of having a back-up plan, particularly when it comes to money. “We’ve always had that. If everything falls to bits, we’ll probably still be all right. But a lot of people don’t. They just live from day to day, and enjoy life … And you think, oh my god, we couldn’t live like that.”

Finally they’ve reached a stage in life where they can breathe a bit more easily. “Now we’re comfortable that we can let our hair down a bit and do things we want to do, without thinking, ‘Oh no, how are we going to live for the next 30 years, if we’re not working’ ” says John. “My father was 94 when he died – and Angie wants me to live at least to that.”

Messi scored in the 16th consecutive Champions League season and repeated Giggs' record
Bruno did not score a PSG penalty at the first attempt, but the referee asked for an Interruption due to Navas' exit from the goal line
Koeman is the fifth coach to manage 6 teams in the Champions League
Messi is playing his 17th season in the Champions League for Barcelona. This is a club record
Pirlo is the 3rd coach in the history of Juve to win a debut away match in the Champions League, after Capello and Lippi
Georginho Wijnaldum: Pickford went for an idiotic tackle. In matches with Everton, this often happens
Cech is included in Chelsea's Premier League bid. He ended his career as a player in the summer of 2019
Source https://www.theguardian.com/lifeandstyle/2020/sep/27/how-we-stay-together-you-cant-control-each-others-lives