Outwintering youngstock and stores has been the final piece in the profitability jigsaw for a first-generation Scottish tenant farmer.

Former Farmer Focus writer Giles Henry, of Oakwood Mill, Selkirk, has managed to stop housing cattle and – after all household drawings – is seeing a slim margin before subsidy.

His pure Luing cows have been farmed organically since 2000 and rotationally grazed since 2010. Cows have been outwintered on a rough hill adjacent to the farm since the Henrys started on the Buccleuch Estate tenancy in 1996.

But it was only in 2014 that the seven-month housed youngstock winter was eradicated, and with it the cost of straw, time, machinery depreciation and 200t of clamp grass silage. 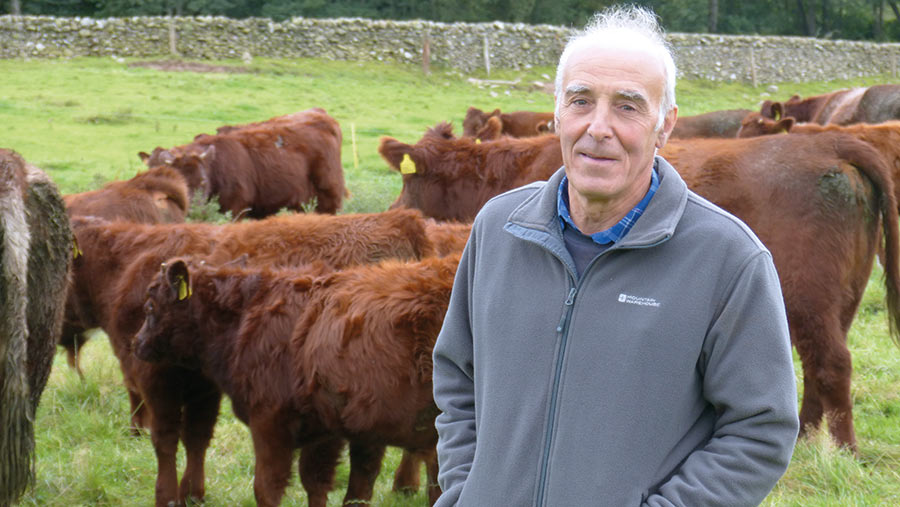 Mr Henry’s system (see wintering plan table, below) has enabled him to sell his forage wagon and get by with just one 100hp tractor and a utility terrain vehicle to check stock.

Mr Henry says he has cut about £2/kg off his costs (see costs table, below) since 2014, when he made the switch to outwintering.

Previously, all youngstock were housed in buildings or a slatted shed. The farm used to put 350t of grass silage in a clamp each year and used concentrate and minerals to balance silage.

An organic egg business on the farm – previously run by the Henrys – supplies phosphate and potash for the winter crop ground, which goes down for a year or two, to be followed with six or seven years of clover and ryegrass leys. 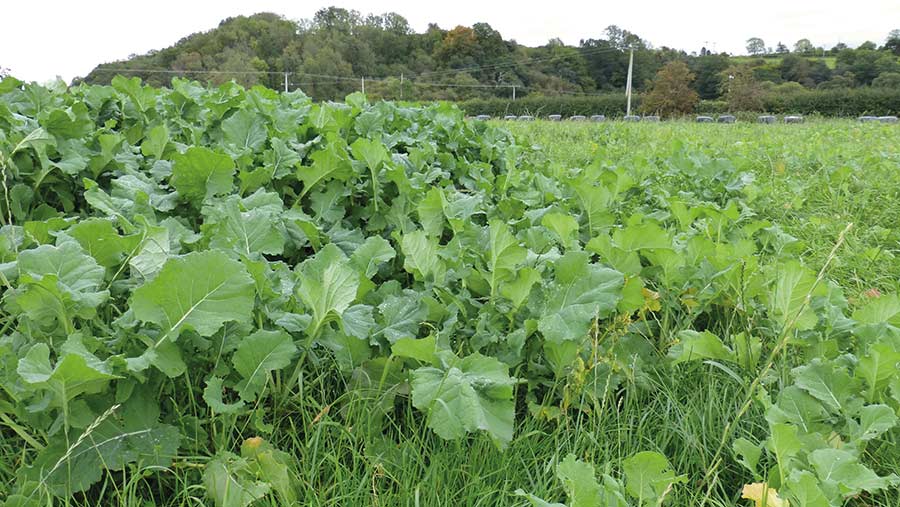 Winter crops are drilled after a grazing period or silage cut, disced three times, seeded with a seed box and rolled. The farm does the discing work, contractors do the rest.

The farm is nicely laid out either side of a quiet main road, meaning cattle can be easily walked round the farm and money is saved on running a pickup.

Cows come off the hill around 1 April to calve. Bulling only lasts for six weeks in June/July.

Bull calves are ring castrated at birth and calves rotationally graze all summer in mobs of 20 in 1ha blocks moving every one-to-three days. Each mob has eight paddocks.

“It cost me less than £8,000 to convert the fields to paddock grazing and I’ve lifted my stocking rate 30%. It would cost me that every year to rent the same amount of grass parks,” explains Mr Henry.

Mature cow weaning efficiency has lifted from an average of 33% to 44% over the past seven years.

This has been achieved by reducing weight by 40kg to 610kg and pitching one electric wire high enough to allow calves to explore and preferentially graze.

Mr Henry looks to increase selection pressure on the cows and may start Signet recording now the farm is approaching capacity after selling off its 300-head Cheviot flock in 2018.

Neymar on Maradona: You will always remain in our memory. Football is grateful to you
If football was a movie, Diego would be its main character. Showsport readers say goodbye to Maradona
Napoli fans held a fire show in front of the stadium in memory of Maradona
Maradona signed documents about embalming and exhibiting. Family didn't know
Zorc about the future of Holland: We have long-term plans with him
Juve will play with Genoa, Inter against Fiorentina, Milan-Torino and other pairs of the 1/8 final of the Italian Cup
Musa about Sheffield: I want to play at the top level, with all due respect to this club
Source https://www.fwi.co.uk/livestock/beef/how-outwintering-cut-suckler-farm-costs-to-243p-kg