How old is This Morning host Holly Willoughby and what’s her Instagram handle?

HOLLY Willoughby has been on This Morning, Celebrity Juice and Dancing on Ice to name a couple.

The award-winning presenter is often seen on ITV with co-host Phillip Schofield - here is what you need to know about Holly...

How old is Holly Willoughby?

Holly’s showbiz career began when she was just 14, after being spotted by modelling scouts at Clothes Show Live in Birmingham.

She signed to Storm – the agency that represented Kate Moss – and appeared in a wealth of teen magazines, including Just Seventeen.

Holly made the move into television by appearing on S Club TV and Ministry of Mayhem, for which she won a Bafta in 2006.

In 2009 she joined This Morning as co-presenter alongside Phillip Schofield.

Away from television, Holly has written a series of children’s books with her sister Kelly, which have gone on to become UK best sellers.

The TV presenter often posts across her social media accounts, sharing her family and work life.

On Instagram @hollywilloughby, she has nearly seven million followers, showing fans her stunning wardrobe and giving an inside look into her private life with husband Daniel Baldwin and three children.

Who is Holly's husband Dan Baldwin?

He is the cousin of former EastEnders actress Tamzin Outhwaite.

Dan was an executive producer on Virtually Famous from 2014 to 2017.

He has also worked on Play to the Whistle, Reality Bites, Celebrity Juice and Through the Keyhole.

He is currently a Development Executive for Talkback Thames and launched his own business, Hungry Bear, in 2014.

Holly and Dan first met on children's TV show Ministry Of Mayhem back in 2004 when she was presenting alongside Stephen Mulhern.

She has admitted that she didn't fancy him at first, but six months later they started going out. 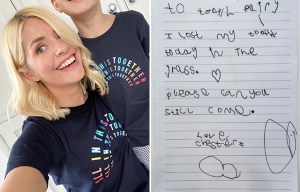 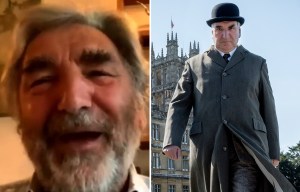 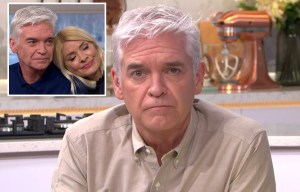 Emotional Phillip Schofield went through the 'darkest times' before coming out 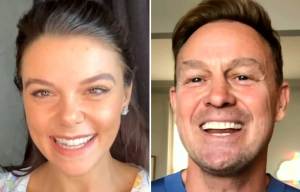 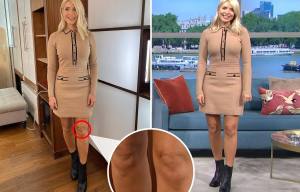 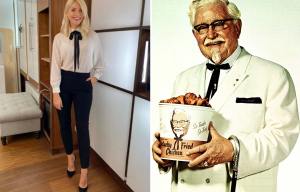 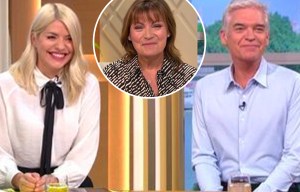 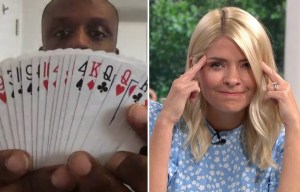 HOL DID HE DO IT?

How many children does Holly Willoughby have?

Her eldest son Harry is eight years old, her daughter Belle is six and her youngest son, Chester, is two.

And while she loves her children, her colleague Phillip Schofield has said that baby speculation "drives her mad".

Phil explained to The Mirror: “The minute she’s off poorly everyone says she’s pregnant. If we do an item with drinks she doesn’t like and she doesn’t have one, 'ooh she must be pregnant'.

“It drives her mad.”

Rafael Leau on 3-3 with Roma: Milan did everything to win, I'm disappointed. Ibra is an example for all of us
Son Heung-Min led the Premier League Goalscorers with 8 goals in 6 games. 7 of them are from Kane's passes
Conte on Shakhtar's level: You can't accidentally score three goals for Real Madrid. This is a strong team
Barca fans believed in the early departure of Bartomeu (due to disputes over the date of the referendum). In vain: there were no thoughts of retirement, the trophies are somewhere near
Josep Bartomeu: I had no intention of resigning. Barca will have trophies this season
Zinedine Zidane: Hazard is ready. We are happy, this is good news
Zidane on ISCO's words: it's ambition. Everyone wants to play
Source https://www.thesun.co.uk/tvandshowbiz/3629228/holly-willoughby-age-old-this-morning/