Myra Hindley and Rose West became two of the most despised and feared women in Britain when their secret lives as serial killers were exposed.

Hindley, along with her boyfriend Ian Brady, was jailed in 1966 for killing five children, Pauline Reade, John Kilbride, Keith Bennett, Lesley Ann Downey and Edward Evans, in what became known as the Moors Murders.

She was sentenced to spend the rest of her life behind bars for her twisted crimes and was jailed in HMP Durham when she first met Rose West.

West was convicted of 10 murders, including her own daughter and step-daughter, while her husband, Fred, was jailed for 12 killings.

She too was told she would be jailed for life for her horrific crimes. 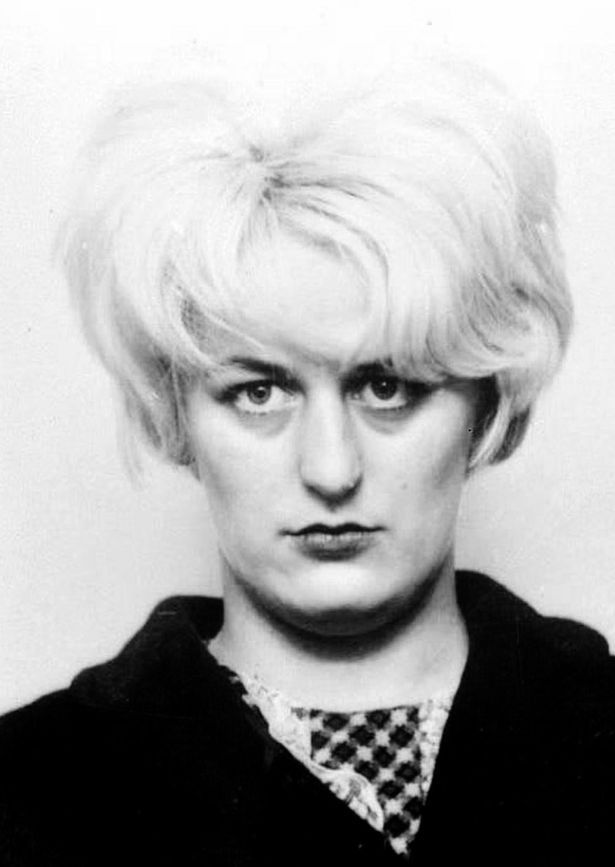 Myra Hindley was jailed for life for her part in the Moors Murders (Image: Getty)

And it was after she was sent to HMP Durham in the mid-1990s, shortly after her conviction in 1996, that West is said to have enjoyed a fling with Hindley.

The 66-year-old allegedly told her solicitor: "Yeah, Myra, she's all right, we get on, I want to see how it goes."

Mr Goatley represented West for 12 years and published a book, Understanding Fred and Rose West in which he revealed the relationship between the two women.

He said: "Rose's first paramour was the Moors murderer, Myra Hindley, who happened to be on the hospital wing at HMP Durham at the same time in 1995 an early 1996." Rose West met Hindley while she was in HMP Durham (Image: SWNS.com)

He told the Daily Mail: "When I visited a few months later, Rose's opinion of Hindley had changed dramatically. She was saying, 'You have to watch Hindley, mind.

"She is very manipulative. You don't realise it, but she gets you doing stuff for her. Oh, she's clever, all right. She's flippin' dangerous, that one. She ain't going to take me for a c*** again.' And so heralded the end of the romance."

The solicitor is also certain that West is guilty of the 10 murders she has always insisted she had no part in.

Rose met her future husband when she was just 15 and he was 27. After years of sexual abuse at home, Rose was soon sharing dark sexual fantasies with her older lover. West is said to have told her solicitor that Hindley was "manipulative" (Image: Express Newspapers)

The couple set up home together with Fred's two children from an earlier relationship.

Fred and Rose would find babysitters for his two daughters as often as possible so they could fulfil their darkest desires, which included taking advantage of the vulnerable.

But then Fred was jailed for 10 months for petty thefts and Rose was left in charge of her two step-daughters and her own child.

It was while Fred was behind bars that the darkest parts of Rose's personality emerged when she murdered Fred's daughter, Charmaine.

The act is said to have "excited" Fred, who confessed to Rose that he had already carried out a double murder. Rose and Fred West were responsible for 12 deaths between them (Image: SWNS.com)

He had killed his first wife and their nanny, who was carrying his child.

Fred encased Charmaine in concrete in their first home in Midland Road, where she would remain undiscovered for more than 25 years.

By 1972, the couple had married and Rose was expecting their second child, so the couple moved to a bigger home in Cromwell Road.

Here, their appetite for sexual deprivation increased still further and the house became known for its sex parties.

Fred even created a 'sex dungeon' in the basement of their house in Cromwell Street and he and Rose would lure victims downstars to carry out extreme acts of sexual violence and torture. The couple were finally caught when they killed their own daughter (Image: SWNS.com)

When the couple's depraved actions finally caught up with them in 1994 and police found the bodies in both the home and garden of 25 Cromwell Street, officers made other gruesome discoveries.

Along with their victims Fred and Rose had also buried the tools of their torture.

Forensic psychologist, Dr Julian Boon, said: "The thing that haunts me the most was a mask that had nothing but two nose holes so the person can breathe but they can't see or hear.

"As a consequence they could have anything done to them and that is very frightening."

Fred and Rose West's reign of terror started to unravel when they killed their own daughter, Heather.

They claimed she had moved to Devon for work but when Fred was arrested on suspicion of raping his own daughter and Rosemary for child cruelty, the investigation into what had happened to Heather was re-opened.

The case against Fred and Rose collapsed but all their children were taken into care and when police searched the home for Heather in 1994, they made the terrible discovery of human remains.

Fred commited suicide while he was awaiting trial on January 1, 1995.

Frankie de Jong on the defender's role against Juve: Always ready to play where Barcelona need to play
Rashford with 4 goals led the race of scorers of the season Champions League
Holand scored the most goals (12) in the first 10 matches in the Champions League
Pirlo about 0:2 with Barca: this match will help Juventus grow
Griezmann did not make any effective actions in 6 matches under Koeman
Ole Gunnar Solskjaer: Leipzig made Manchester United work hard. Rashford had a big impact on the game
Roberto victory over Juventus: the Best response to the unrest in Barcelona - it's a game
Source https://www.mirror.co.uk/tv/tv-news/how-myra-hindley-wooed-rose-22699251