The heavyweight legend makes his stunning boxing return in November, but fancies a fight for the ages against WBA, IBF and WBO champion Joshua.

Tyson told TMZ Sports: "I'm very interested. If doing that means we can have a bigger charity exponent, well so be it, I'm down to do that, too.

"I would love to [fight Joshua]. That would be mind-blowing."

Here SunSport takes a look how the division's past and current best compare with a combined age of 84 and 73 wins shared.

Tyson retired in 2005, following back to back losses, against Danny Williams and then Kevin McBride.

The youngest heavyweight champ of all time was a shadow of himself, so much so in both defeats he quit.

In his years in retirement, Tyson overcame a battle with substance abuse and depression to become a successful cannabis farm owner as well well as hosting his own popular podcast.

But the reformed Baddest Man on The Planet found the inspiration to start training again, and quickly announced a comeback - insisting he is back to his most destructive self.

He said: "I feel unstoppable now. I feel the same again. The gods of war ignited my ego and want me to go to war again."

Tyson has been training under MMA coach Rafael Cordeiro, dramatically transforming his body, and sharing several viral videos on the pads.

It's clear the legendary puncher stills posses the destructive speed and power that won him the belt aged 20.

But being fit to train and fit to fight are two completely different things - as explained by the man himself following his final loss.

Tyson said after being stopped against McBride: "I realised, I don't think I have it anymore. I got the ability to stay in shape, but I don't have the ability to fight anymore."

Despite the harsh reality, Cordeiro is adamant the iconic puncher is still getting BETTER despite his vast experience.

He told TMZ Sports: "He's fighting every single day in the gym and I believe the best still to come.

"He is improving every day. He does not look like a 54-year-old fighter." 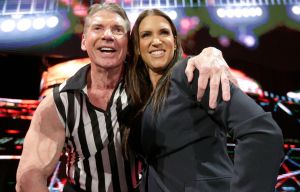 Stephanie McMahon sells 43 per cent of stock in dad Vince's WWE for £1.7m 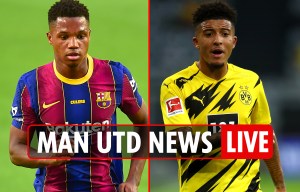 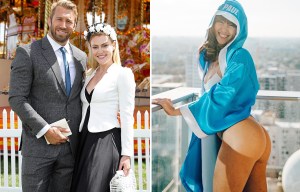 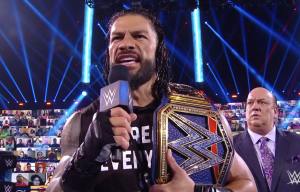 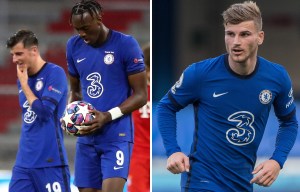 Joshua, who turned pro a year after winning gold at the London 2012 Olympics, was an unstoppable force 22 fights into his run.

With unified belts and wins over Dillian Whyte, Wladimir Klitschko, Joesph Parker and Alexander Povetkin, he was considered the No1 heavyweight.

But suddenly he was left fighting for his career after suffering a shock upset against Andy Ruiz Jr in June 2019.

Joshua would go on to slim down and switch tactics as he enacted revenge on Ruiz, reclaiming his trio of world titles.

It was a sign of AJ's versatility in the ring, as he ditched his exciting, ruthless and aggressive style to outbox his opponent at range.

Joshua has shown throughout his career that he is comfortable both at mid-range and on the inside, where he can use his physicality and speed.

But outthinking Ruiz on the back foot added a new element to AJ's game, developing into a more well-rounded fighter, despite twice being crowned world champion.

Joshua has gone down in two fights, firstly against Klitschko and then FOUR times in his Ruiz loss, later showing vulnerability when taking one in his rematch win over the Mexican-American.

In his 23 wins, he has gone the 'championship rounds' four times, displaying that his size and work rate can hold up deeper into action.

With 21 stoppages Joshua is a certified heavy-hitter, but finds more success in combination punching or set up attacks, rather than a one-puncher KO artist.

The American has not boxed to that distance since 2002, against Lennox Lewis, meaning Joshua has a massive fitness and form advantage.

Tyson's best chance of somehow shocking AJ would be looking to take him out early with an explosive shot on the outside or lethal combinations up close.

For Joshua, he has a good enough jab and the physical advantages to control the action at range.

And if Tyson did try and close the gap, AJ is strong on the inside and possesses dangerous combination punches.

All signs point to Joshua - 14 years Iron Mike's junior - either bossing the fight on the outside or stopping his legendary opponent up close.

It remains to be seen whether Tyson is capable of rolling back the clock and rediscovering that ability to bob and weave his way into range and fire off lethal hooks.

But history will tell us that is impossible, making for a relatively comfortable night for Joshua should the Rocky 6-esque matchup materialise.

Roy Jones discusses his preparation for his fight with Mike Tyson

Dembele scored in both matches of the Champions League - Juventus and Ferencvaros. In La Liga, he did not score for more than a year
Keane has scored 4 goals in PSG's last 2 games. In 37 games at Everton, he had the same number
Carragher on Mourinho: they Said his football was from a different era. If he won the Premier League, it would be great
Gennaro Gattuso: Napoli need to play above all praise to beat real Sociedad
Neymar was substituted in the 26th minute of the match against Istanbul due to injury. He was crying
Juventus shares have risen four times in five years. Ronaldo-this is only one of the reasons
Gary Neville: Mourinho gives Tottenham the confidence to win the Premier League. Jose is only Interested in winning
Source https://www.thesun.co.uk/sport/12755029/mike-tyson-anthony-joshua-boxing-fight/