THIS is the chilling moment twisted Jeremy Bamber revealed he slaughtered his family by "sulking like a child" at their funeral.

The killer shot dead five members of his family including his six-year-old twin nephews in a cold-blooded massacre at White House Farm in Essex.

The monster tricked cops at first into believing schizophrenic sister Sheila had killed her mum, dad and kids before turning the gun on herself in the 1985 blooodbath.

But his shameless lies slowly began to unravel - with Bamber giving away tell-tale signs that shifted suspicion on to him at their funeral.

Ashen-faced Bamber broke down as he followed the coffins and had to be propped up by girlfriend Julie Mugford as he tried duping the world into believing he was truly heartbroken.

But experts on Faking It: Tears of a Crime have revealed how Bamber faked his grief for the benefit of the cameras and police.

Body language expert Cliff Lansley said: "He’s created a horseshoe but he’s using the wrong muscles. And how do we know that? It’s because we can see the dimpling as we move in, we can see the crease on the chin boss, and we can see the pout on his bottom lip.

"Some people call that a pout, and we see it with sulking children who are faking sadness. And from this, as far as sadness is concerned, we can be sure that he’s faking it.

"I’m very confident that he’s not sad, this is a fake pose."

Forensic Psychologist Kerry Daynes also speaks of how Bamber's crocodile tears as he lays the relatives he gunned down to death.

She said: "He certainly put on a good show for photographers, but what TV viewers didn’t know was just a few minutes later Bamber seems to have made a very speedy recovery, because he’s on his way to the crematorium and he’s apparently larking about and making smutty jokes.

"So how was he able to do that after being in such a state of devastation just a few minutes beforehand?"

On August 7, 1985, Bamber went from room-to-room blasting his family members.

He battered his dad Nevill, 69, and shot him eight times in the downstairs of the remote home.

Police later found his mum June and sister Sheila Caffell's bodies in the master bedroom, with the scene made to look like a murder suicide by sick Bamber.

Sheila's six-year-old twins Nicholas and Daniel were found dead in their beds - apparently asleep at the time they were gunned down.

Police, who were alerted to the horror by Bamber, discovered the depraved killer had pumped 25 bullets into the victims - mostly at close range.

The depraved killer gave chilling interviews to police as he brazenly started to flog his parent's possessions and even had their beloved dog put to sleep.

He was finally rumbled when girlfriend Julie later told cops he had confessed to the killings.

Forensics then realised the rifle used in the murders was too long for Sheila to use on herself so they focused their attention on Bamber instead.

But Sergeant Chris Bews, who was one of the first on the scene at White House Farm, reveals he always knew Bamber had carried out the rampage. 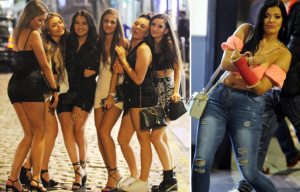 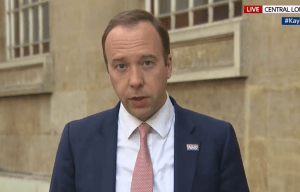 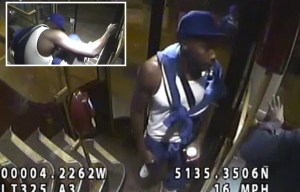 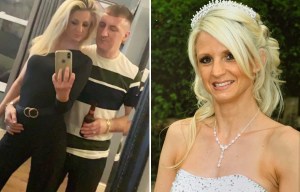 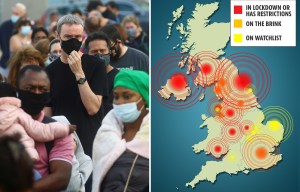 He told the show: "My two colleagues and I basically left the scene and we’d not gone 50 yards down the road when both my colleagues said ‘he’s done it, hasn’t he? He’s done it'."

Bamber was handed a full life sentence in 1986 - meaning he will never be released from prison.

But he has made several attempts to get his sentence overturned - claiming he has "strong" alibi evidence that proves he didn't commit the murders.

Luka Modric: Real Madrid didn't match the Champions League level in the first half. After Shakhtar's goal, we Gave up
Loko snatched a draw in Austria: started briskly, failed and saved. Lisakovich made his debut in the Champions League and immediately scored the most important
Lokomotiv has 1 win, 2 draws and 3 losses in the opening matches in the Champions League group
Meshcheryakov on a 2:2 draw with Salzburg: Lokomotiv started with points, we will continue to work
Real Madrid have lost 7 of their last 8 Champions League games without Ramos
Vinicius scored for Shakhtar 15 seconds after coming on as a substitute. This is the fastest goal since at least the 2006/07 season
Modric is the 4th Real Madrid player to score in 35+ years in the Champions League. Di Stefano, Puskas and hento were before him
Source https://www.thesun.co.uk/news/uknews/12697511/jeremy-bamber-funeral-killer-white-house-farm/

Wife of football fan, 48, who died after being brain-damaged in attack blasts hooligans ‘who got what they wanted’

Chinese Zodiac Year of the Horse: Meaning and personality traits

More than 700 Cardiff University students have tested positive for coronavirus

Mum stuck in grim flats with rats, mould and 'neighbour from hell'

Thugs threaten couple with knife for their Audi A4

The areas of Newport with the highest levels of coronavirus

Why Nathan Ake is not in Man City squad vs Porto

The parts of Cardiff with the highest levels of coroanvirus