Carbon markets could unlock a £60m revenue stream for farmers willing to manage their hedgerows to help mitigate climate change.

Hedgerows sequester carbon at more than twice the rate of woodland, says Joe Stanley, head of training and partnerships for the Allerton Project at the Game and Wildlife Conservation Trust (GWCT).

Initial estimates suggest the existing hedge network is worth more than £60m in potential carbon credits.

“That’s obviously a resource that would be valuable for farmers to tap into – especially where they don’t have woodland or peatlands, or cannot, or do not want to, alter their land management practices,” says Mr Stanley.

See also: How to establish, manage and rejuvenate hedgerows

With carbon prices in the regulated EU Emissions Trading System hitting €60/t (£51/t) in early September, such an increase could be worth more than £700/km on top of the carbon value currently stored in a hedge of that size. 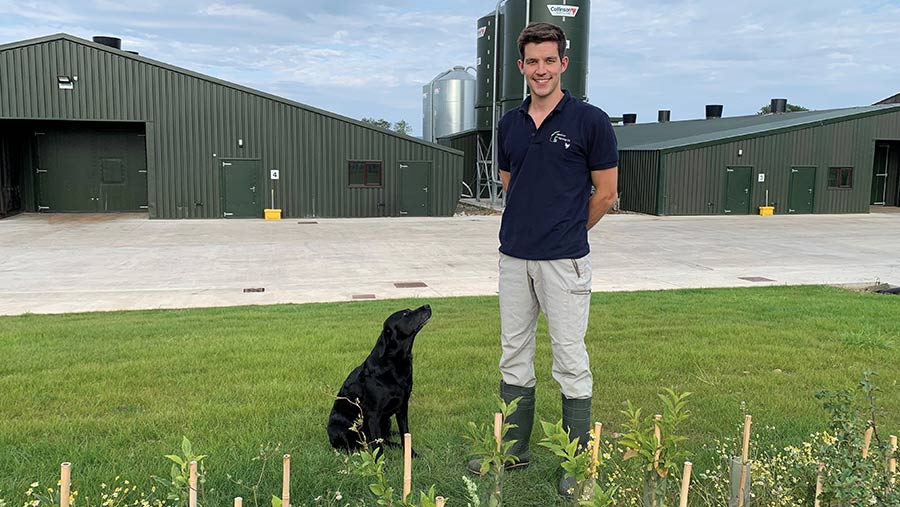 Mr Blenkiron has planted a 300m hedge around his poultry unit to provide site security, natural screening and to promote wildlife.

But the ultimate goal is to store carbon and achieve net-zero status across the farm, he adds.

The mix of species provides a range of wildlife benefits – including feed, says Mr Blenkiron, who recently won a further 100m of hedgerow plants in an NFU competition.

“We’ve been managing hedges for a number of years under Countryside Stewardship – but also creating new hedgerows, too.

“But it’s also about taking carbon dioxide out of the atmosphere and storing carbon in the ground.”

Unlocking that higher value is likely to require the development of independently verified hedgerow carbon credits that can be confidently traded in a properly regulated market – rather than through lower value voluntary schemes.

That’s why the GWCT is developing a Hedgerow Carbon Code. The code – which could be ready next year following a £81,561 government grant – aims to become the industry standard for hedgerow carbon credits.

To achieve this, the GWCT is devising a new matrix to calculate the carbon content of any given hedge – according to the plant species it contains – as well as its height, width, and length, both above and below ground.

Calculations will be made using a mixture of physical measurements and remote sensing tools, says Mr Stanley. The code will also provide advice on best techniques to manage hedges for carbon.

The NFU is getting in on the act too. It hopes to develop and submit a “growing larger hedgerows” proposal to Defra for support under the government’s forthcoming Environmental Land Management (ELM) scheme for England.

The union says this could cover enhanced hedge management, restoration and the planting of new hedges and shelterbelts, linked to farmer reward payments for public goods based upon an actual or “shadow” carbon price.

“As well as increasing your natural capital, hedgerows are increasingly well understood for what they add for wildlife and biodiversity,” he says.

Trials hosted by EJ Barker and Sons at Lodge Farm, Westhorpe, Suffolk, suggest a well-managed hedge can reduce nitrate run-off. Income is possible from water companies paying for the cleaner water going into the system.

“The root system of a well-managed hedge acts as a filter,” says Mr Negus. “Providing cleaner water is something farmers are likely to be more and more assessed on.”

Hedges are also a source of firewood, which can provide a financial benefit, he says.

“We’ve just done a management plan for one farm with 44km of hedges that will have enough firewood to fuel six holiday lets on the farm for two to three seasons.”

“A hedge in East Anglia can be markedly different from one in Cumberland or Northumberland. How you manage it is going to be quite different.”

That could make it difficult for there to be prescriptive plans for managing hedges for carbon, he cautions.

“Not only will they have different species and growth rates, but secondly managing purely for carbon is not necessarily the best thing for wildlife.”

While a grey partridge might like nesting in a 4-6m thick, dense hedge cut in a triangle shape, for example, turtle doves prefer straggly, tall hedges, explains Mr Negus.

The two hedge types are quite different, he adds.

“A partridge-friendly hedge might have the best carbon capture potential because of the large surface area, [but] I can see potentially just managing hedges for carbon as a bad thing.”

You have to strike the right balance.”

Farmers interested in generating income from hedgerow carbon sequestration should start by assessing the quantity and condition of each hedge on the farm, says RR Countryside Services’ Richard Negus.

The same assessment should be undertaken by farmers who simply want to manage hedgerows better for wildlife, says Mr Negus.

The ultimate aim is to develop a 10-year management plan, he adds.

Managing those hedges will depend on condition, but if a hedge, especially blackthorn or hawthorn, is deteriorating with lots of gaps laying is an option, he says, but don’t be scared to coppice it because you maintain the root system and it will come back better.

“It focuses the attention on growing back where you have cut it.”

Dead hedging – covering the coppiced stumps with cut material – will protect regrowth from hares and deer browsing, while providing some habitat and windbreak for wildlife and a home for beneficial insects.

Where you’re gapping up an old hedge or putting in a new one, look at what species are growing successfully locally.

“It’s also worth putting a sign up to explain why you’ve done it to avoid potential social media criticism.”

Trimming established hedges to the same height each year should be avoided, says Mr Negus.

Varying the cut will benefit wildlife and improve carbon sequestration potential, as well as strengthening the hedge, he adds.

“The flail is a brilliant piece of kit, provided it is sharp. If you can alter the height of the cut so you are trimming rather than flailing, then it enables the hedge to grow back and knit together to become thicker and stronger.

“That’s better for wildlife and avoids a hedge becoming a great big lollipop. If you can lessen the number of cuts you do on a hedge, so not every year, to let it grow a little, that’s also helpful – and will be good for carbon.” 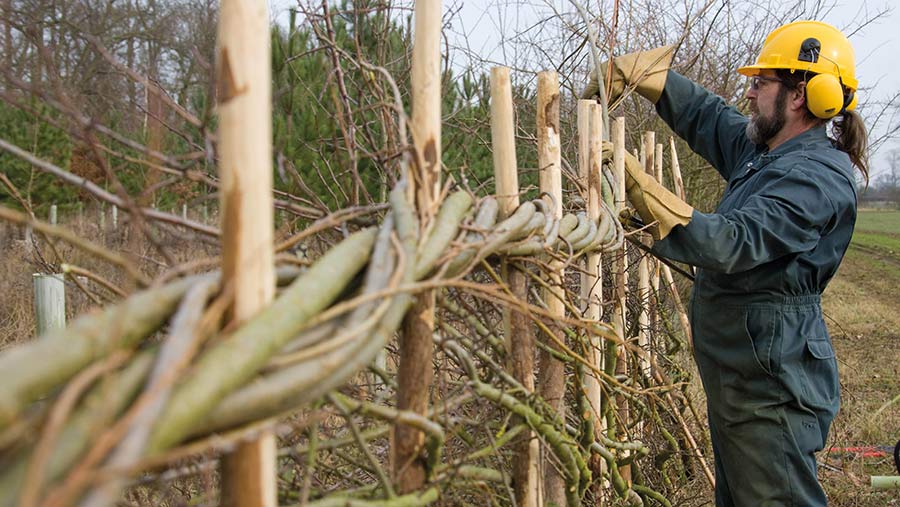 The app asks six questions to determine the stage a hedgerow is at in its lifecycle. It then recommends the most suitable management technique – which might include more sensitive trimming, non-intervention or rejuvenation.

“We designed it specifically for farmers and land managers,” says Megan Gimber, habitat project officer at the People’s Trust for Endangered Species (PTES).

“It’s quick and simple to use and gives instant advice.

“Whatever condition a hedge is in, it can be brought back to good health.”

The app is part of the Close the Gap multi-partner project, a year-long programme focused on achieving bigger, healthier, better-connected hedgerows funded by the government’s Green Recovery Challenge Fund.