CHANGES to the government's furlough scheme are expected to be announced today, so we take a look at how they could potentially impact your wages.

Chancellor Rishi Sunak is thought to be planning a shake-up to the government scheme in today's 5pm briefing.

The idea is to wean off the government support with employers expected to have to foot more of the bill.

It's also hoped this will encourage people to return to work where possible.

We take a look at what's expected to be announced, and how this could impact your pay.

Employers may have to pay 20 per cent of wages

Mr Sunak is expected to confirm that employers will have to contribute 20 per cent towards the wages of furloughed employees.

Currently, the government foots 80 per cent of staff wages up to £2,500 a month, while it's up to employers if they want to voluntarily contribute more on top.

THE aim of the government’s job retention scheme is to save one million workers from becoming unemployed due to the lockdown.

Under the scheme, the government will pay 80 per cent – up to £2,500 a month – of wages of an employee who can’t work because of the impact of coronavirus.

Workers will be kept on the payroll rather than being laid off.

The scheme has been extended to run until the end of September (although businesses will be asked to chip in from August) and can be backdated to March 1 2020.

It’s available to all employees that started a PAYE payroll scheme on or before March 1, 2020.

If you’re between jobs, have started at a new place of work or were made redundant after this date then you can ask your former employer to rehire you to be eligible for the scheme.

Employers can choose to top up furloughed workers’ salaries by the remaining 20 per cent but they don’t have to.

Firms who want to access the scheme will need to speak to their employees before putting them on furlough.

While on furlough, staff should not undertake any work for their employer during the scheme.

The government has committed to pay this amount until the end of July.

But under the proposal, it's thought that from August the government will foot 60 per cent of the bill with employers forced to contribute at least 20 per cent.

This won't have an impact on employees' end salaries as you'll still be paid the same amount, it's just the cash will come from different sources.

But some experts say a side effect of this is that struggling employers who can't afford to contribute the cash will instead make staff redundant rather than keeping them on.

Nearly one in four firms say they cannot afford to top-up furloughed workers’ salaries - in a chilling sign of how many more jobs could be lost.

Employers may have to pay national insurance and pension contributions

It's thought Mr Sunak may today ask employers to pay national insurance and pension contributions for furloughed staff from August.

Currently, the government's furlough scheme is covering the cost of national insurance and mandatory workplace pension contributions on wages of up to £2,500 a month.

Again, if this changes there would be no impact on the end amount of cash employees pocket in wages or in pension or national insurance contributions - the only difference is who is paying that cash.

But as outlined above, if employers struggle to make these repayments they make unfurlough staff and instead make them redundant.

It's though an end date for joining the furlough scheme could also be announced.

Currently, the government has promised the scheme will continue until at least October, but it could introduce a deadline for new joiners to sign up.

Can I be made redundant if I'm on furlough?

EVEN though furlough is designed to keep workers employed, unfortunately it doesn't protect you from being made redundant.

But it doesn't affect your redundancy pay rights if you are let go from your job amid the coronavirus crisis.

Your employer should still carry out a fair redundancy process.

You will be entitled to be consulted on the redundancy lay-off first and to receive a statutory redundancy payment, as long as you've been working somewhere for at least two years.

How much you're entitled to depends on your age and length of service, although this is capped at 20 years. You'll get:

Sadly, you won't be entitled to a payout if you've been working for your employer for fewer than two years.

There should be a period of collective consultation as well as time for individual ones if your employer wants to make 20 or more employees redundant within 90 days or each other.

You are also entitled to appeal the decision by claiming unfair dismissal within three months of being let go.

If you're not currently on furlough the likely impact is you'll see your wages drop if you're placed on the scheme as the government has only committed to paying 80 per cent of salaries up to £2,500 a month - and it's up to employers whether to pay the rest.

But being furloughed is still likely to be more favourably to being made redundant.

Furloughed workers could be allowed to work part-time

At present, staff who are furloughed cannot work for the same company while on furlough. 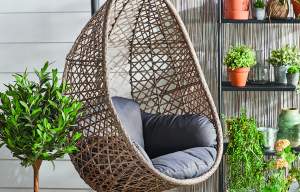 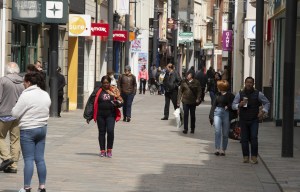 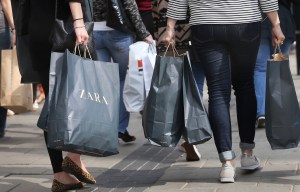 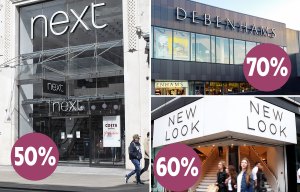 Debenhams, M&S, and John Lewis slash prices by up to 70% to shift excess stock 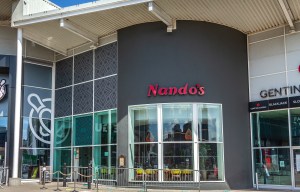 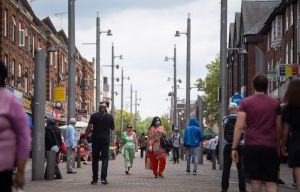 All shops including toys, clothes and furniture to reopen by June 15

It's thought the government may, however, confirm plans to allow furloughed workers to work for the same company part-time but with a smaller subsidy from the public purse.

How this may impact wages would depend on exactly how much the government agrees to pay in this scenario, and how much employers will be told to pay.

Mourinho on the victory over Arsenal: We are happy. Even in the last minutes, everything was under control
Zinedine Zidane: People always talk about Real Madrid, because This is the most important club in history
Lukas Podolski: Sane hasn't reached the top level yet. He needs to play for the national team, win the Euro or the world Cup
Police arrested a 12-year-old boy in the case of threats against Zaa
These people are sick. They need help. The fear and loathing of the North London Derby
Farfan's goal could not be counted: before that, the referee called from the goal, and CHorluka just took the ball and ran forward with it
Son has scored 10+ goals for Tottenham in the Premier League four seasons in a row
Source https://www.thesun.co.uk/money/11735680/furlough-pay-rishi-sunak-announcement/

Family need £20,000 every 6 months to take son to Panama for stem cell treatment

Life after lockdown for one of the North East's busiest streets

Primark ‘will reject £30 million “bonuses” for bringing back furloughed staff’

Sudan bans FGM as it breaks with hardline Islamist policies

A history of strange and unique Lancashire and Cumbria funeral rituals

Intergalactic traffic jams as China, America and the UAE all launch missions to Mars over coming weeks

When Argos store will reopen in St Stephen's after promising sign