When Michael Palin visited Split in the late 1980s, he was left baffled by a large group standing in the shallows on the city’s most popular beach, Bacvice, playing something that resembled tennis – only without rackets or a net, and with what looked like a peeled tennis ball. They would throw themselves acrobatically after it in their Speedos, hitting it with their hands or feet, but none of them seemed to keep score or care too much about anything except not letting that small rubber object fall into the water.

This was picigin, a traditional part-sport, part-pastime, and Palin – who would return two decades later to film it for a travel documentary – reportedly said: “That explains why Yugoslavia was the first non-English-speaking country to air Monty Python’s Flying Circus.”

Indeed it was: the eccentric BBC show had a massive cultural impact there and is likely to hold high rank in any poll listing best comedy series in the nations that formed Yugoslavia. Although probably nothing can come close to Only Fools and Horses, which is so big that a TV channel is still showing the Trotter brothers’ antics on any given evening.

So when Gareth Southgate implied Croats did not understand British humour, they took exception. Especially because the example the England manager cited was another comedy classic they are also quite familiar with. “The song is humour, isn’t it – it’s English humour,” Southgate said before the Uefa Nations League match in October 2018, only 93 days after losing to the same opponents in the World Cup semi-final. “Unless you’re a fan of Fawlty Towers and stuff like that maybe you don’t get the slant on it. It is interesting how we are viewed by the rest of the world sometimes when you travel.” 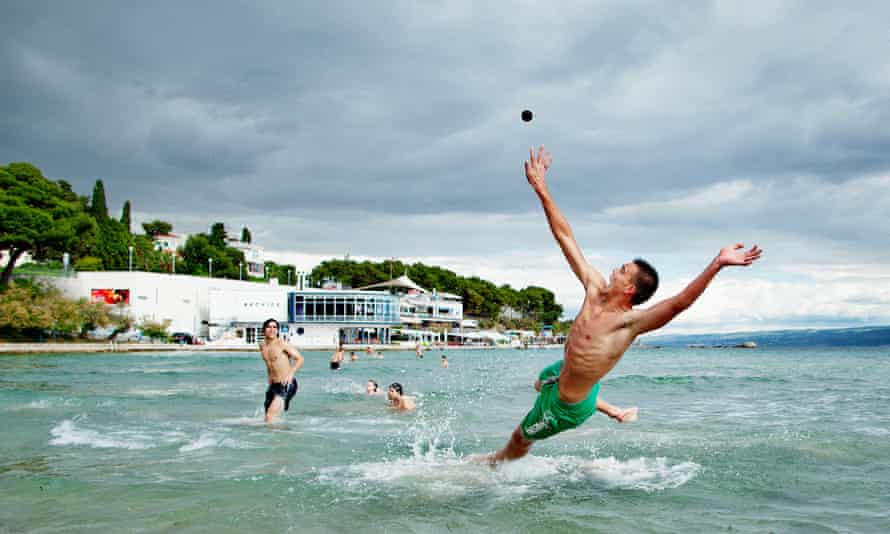 The song he was referring to was, of course, Three Lions, the 1996 hit by Baddiel, Skinner and the Lightning Seeds. As its refrain, “It’s coming home” went viral during the 2018 World Cup, a few from the Croatia camp, including Luka Modric and the manager, Zlatko Dalic, saw it as a sign of disrespect towards their team and claimed it gave them extra motivation to beat England and reach the final.

The narrative must have baffled England players and fans in almost the same measure as Palin watching that absurd spectacle on Bacvice beach. Southgate’s 2018 team was probably the most down-to-earth, respectful team in England’s footballing history – certainly nothing like the 2007 squad that Slaven Bilic’s Croatia had beaten twice in the Euro qualifiers – and the conclusion left little doubt it was all a big cultural misunderstanding. Only it wasn’t.

Croatia were well aware England meant no real disrespect – but they wanted to believe they did. Because that was what gave Croatia an edge. Of course, some of the squad bought into the idea of English arrogance presented by sections of the media back home, but there must have been more than a few players and staff members who knew better. You see, Croats dig English humour – so much so that they managed to turn the joke on them, building the traditional stereotype about the “arrogant, insular English” into their secret weapon.

By the time Croatia reached the semi-finals in Russia, they had played an extra 60 minutes of football, plus two penalty shootouts, in the knockout rounds. They were exhausted, struggling with match fitness and without real depth on their bench. They had also gone further in the tournament than most fans had dared to imagine and really needed fresh enticement to unlock their final reserves of energy.

Croatia is a small nation and its citizens are eager to prove themselves by punching above their weight: if you fully acknowledge them, you lull them into a feeling of false confidence and importance, but if you hint at disrespect, they’ll come after you with a renewed zeal. And that is exactly what happened, as the team happily embraced the England “diss” for the purposes of motivation. 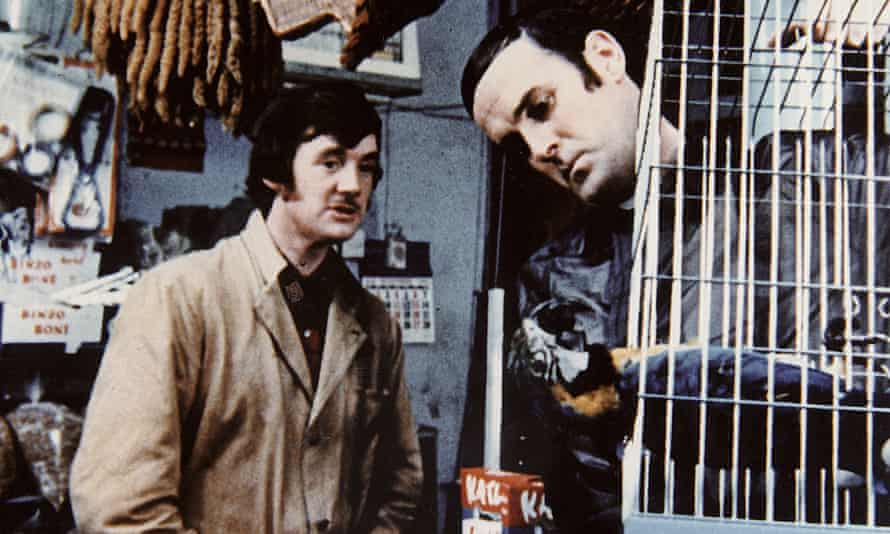 Monty Python’s parrot sketch did translate to a Yugolsav television audience. Croatians like Fawlty Towers and Only Fools and Horses, too. Photograph: Allstar/BBC

That was lost on Southgate even when they met again months later. Dalic never admitted the “misunderstanding” was intentional, but he did use another chance – well, sort of – to rub it in. Complimenting England for being a “young and fast team” before their third encounter in little more than four months, the Nations League deciding qualifier in November 2018, he added: – nudge nudge, wink wink – “It’s coming home, very soon.”

It didn’t matter all that much, though. Croatia had been lucky to earn a goalless draw at home and lost 2-1 a month later at Wembley to finish bottom of their group. Later things took a turn for the worse, as they were hapless against the big guns of France and Portugal, but the Euro 2020 qualifying campaign against Wales, Slovakia, Hungary and Azerbaijan proved a success, despite a few bumps on the road.

Croatia are due to face England on Sunday after two poor performances in friendlies: drawing 1-1 with Armenia at home and losing 1-0 away to a superior Belgium side who were without Kevin De Bruyne. Dalic appears set on fielding Chelsea’s Mateo Kovacic instead of Nikola Vlasic, which – as the Belgium match showed – offers a little more defensive stability centrally but renders the team toothless in attack.

There is also the more general sense that it would be much better to finish as Group D runners-up and avoid a tough draw in the knockout stages. The secret weapon is no more, because this is a game that neither side needs – or necessarily wants – to win at any cost. And you thought picigin and Monty Python were absurd.

Major road closed due to crash and oil spillage