Signs suggest that a surge in last minute tactical voting could prove to make the difference in a few crucial swing seats. The calls from senior Labour, Liberal Democrat and SNP figures come as an analysis of 30,000 voters, for the pro-EU Best for Britain campaign, also finds that tactical votes from 40,700 people in 36 seats could prevent Mr Johnson from forming a majority government. Just missing out on that majority could mean that Boris Johnson will struggle to deliver on his campaign promises to deliver Brexit and could see the Uk plunged into more stalemate politics at this crucial stage in Brexit talks.

Naomi Smith, Best for Britain’s chief executive, said: “This election is on a knife-edge, and, if enough Remainers hold their nose and vote for the candidate with the best chance of stopping the Tories, we’re heading for a hung Parliament and a final-say referendum.”

Numerous important figures across remain parties seem to be warming to the idea of tactical voting with many key political figures now openly advocating the voting strategy.

Yesterday, the Liberal Democrat’s Vince Cable said he could see the necessity of the tactic: “I have been out there campaigning to persuade Labour voters to support Liberal Democrat candidates in constituencies like Lewes and Cheltenham.

“But I also know there are a great many good Liberal Democrat voters preparing to back Labour in seats like Canterbury and Sedgefield. 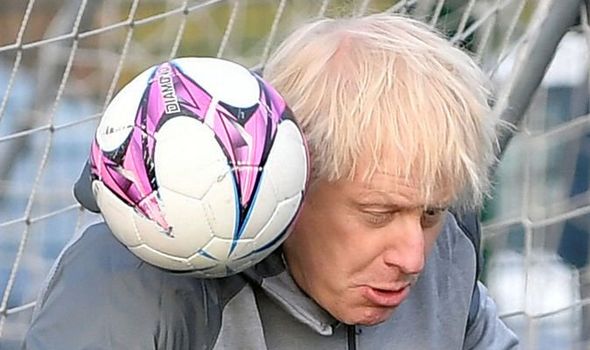 Boris Johnson is facing a Remainer push for tactical voting that risks a majority (Image: GETTY) 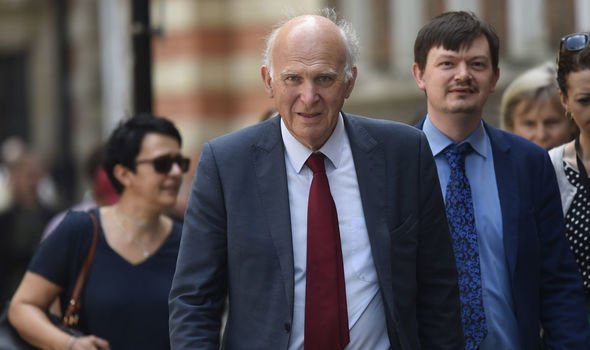 Vince Cable said he could see the necessity of the tactic (Image: GETTY)

“I understand why they are doing that and recognise why it may be necessary if we are to stop Brexit being forced on us by the Tories.”

Jo Swinson also made the call to voters in an interview with the Observer.

Lambasting the current system she said “I understand tactical voting is part of our system, because it’s a rubbish voting system. 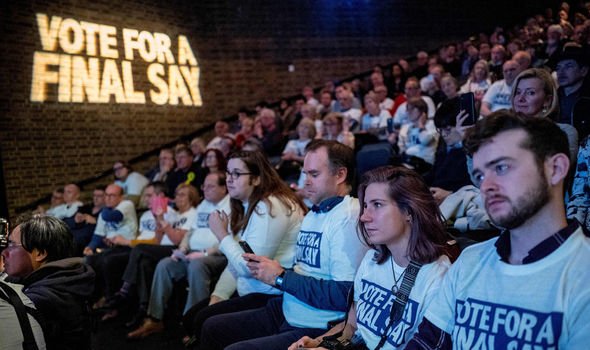 The appeal goes out to Remainers hoping to frustrate Brexit (Image: GETTY)

“One way people can use that system to deliver more of what they want is to consider voting tactically.”

Labour figures have expressed similar sentiments with the party’s candidate for Hove Peter Kyle saying: “This is an election like no other, and we either do things differently or pay the price. To deliver for our nation, we need to be smarter.

“That means encouraging Labour supporters in seats we have no chance of winning – but a non-Tory candidate can win – to do whatever it takes to deny Boris Johnson the majority he craves to deliver his brutal Brexit and continue his reckless premiership.”

Nicola Sturgeon also weighed in this week seeking to encourage the tactic outside of Scotland: “In the rest of the UK, it is time to put national interest before tribal party interest so that collectively we can deliver a progressive parliament, focused on protecting our health service, ending austerity, eradicating poverty, delivering justice for women, pensioners and for Scotland, securing the ability to choose our future.” 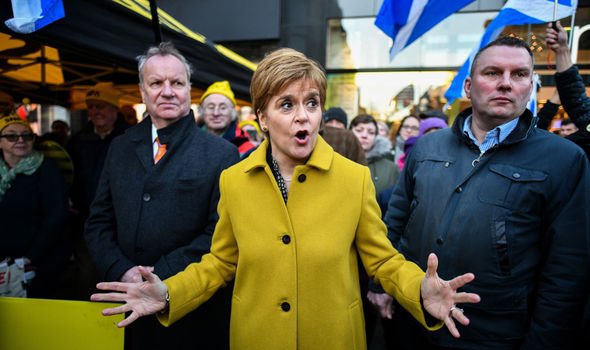 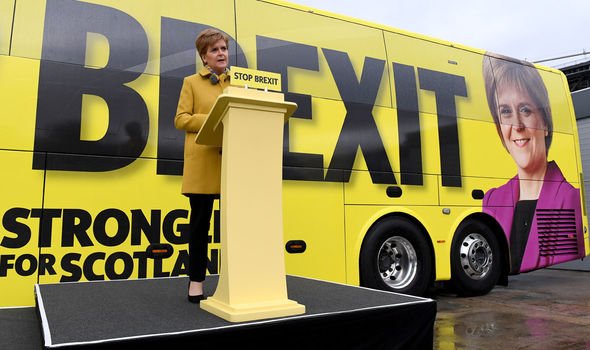 These political figures are hoping to stop Brexit (Image: GETTY)

Former Prime Minister John Major criticised tribal voting and called for remain voters to use their “heads”: “Tribal loyalty has its place. It can be good and honourable. But sometimes you need to vote with your head and your heart. For your country and your future. This is such a time.”

The growing calls for tactical voting come as Boris Johnson has penned a plea to Express readers to “Break Parliament gridlock”.

The Prime Minister warned that despite the polls giving him a healthy lead the General Election “will be close” and insisted his party must fight for every vote.

In an impassioned letter to voters today, he likens the election to the ­historic ones in 1906, 1945 and 1979 which changed Britain for ever and set its course for decades to come.

In an interview with the Sunday Express, Mr Johnson praised the newspaper’s pro-Brexit stand and urged readers to get behind him in one last push to get Brexit done, pleading with them not to be persuaded to back Mr Farage and his Brexit Party.

He said: “There is only one way to get Brexit done and that is to vote Conservative. Unfortunately, a vote for any other party simply risks Jeremy Corbyn and a coalition of chaos next year. We are fighting for every vote in this election and it is going to be a very tough election and very hard-fought. 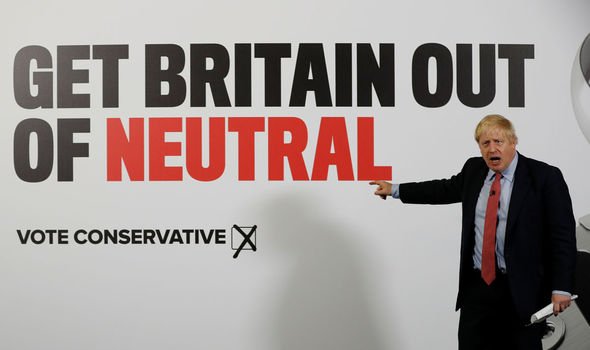 Boris Johnson made the appeal to get readers behind him (Image: GETTY)

He added: “This is a critical once-in-a-generation election. I think this is one of the most important in modern times. On this election, the direction of the country depends.

“We can either go forward united or face more years of paralysis.”

Brescia reported that Balotelli weighs 100 kg. He gained 8 kg of extra weight
60 years ago, the USSR team was the first to win the Euro
The Premier League admitted that incorrect penalty decisions were made in all of Thursday's matches
Manchester United of the mid-90s, Flamengo of the 70s, England of the 80s: 101 best forms in the history of football (first part)
UEFA President: The memory of the Soviet victory at Euro 1960 will live long
Fabregas on the best coaches in their careers: Guardiola, Mourinho and Wenger. The way Jose played with my mind was unbelievable
Napoli will extend the contract with Gattuso until 2023
Source https://www.express.co.uk/news/uk/1214471/boris-johnson-brexit-latest-updates-general-election-2019-news-tactical-voting-remain?utm_source=feedburner&utm_medium=feed&utm_campaign=Feed%3A+daily-express-news-showbiz+%28Express+%3A%3A+News+%2F+Showbiz+Feed%29