A motorist in a blue Citroen was accused of pushing into a queue for fuel at a Shell garage and was then challenged by another driver. A video shows the man holding the ‘knife’ gesturing at the blue Citroen driver, before cutting to a new shot where the man is on the other driver’s car bonnet.

The man allegedly claimed to have been waiting hours for petrol, being turned away because the pumps had run dry, according to the Evening Standard.

They also reported that the man returned later in a renewed effort to secure fuel.

The man holding what appears to be the knife in the video kicks the blue Citroen car after being carried on the car bonnet.

The alleged incident took place in Welling, in South East London, on Monday. 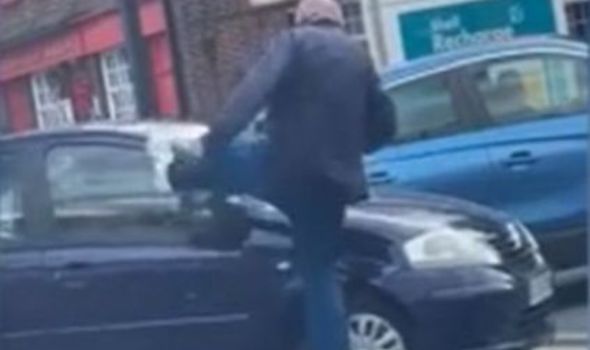 The man holding what appears to be the knife in the video kicks the blue Citroen car (Image: Instagram/@91stefansilva) 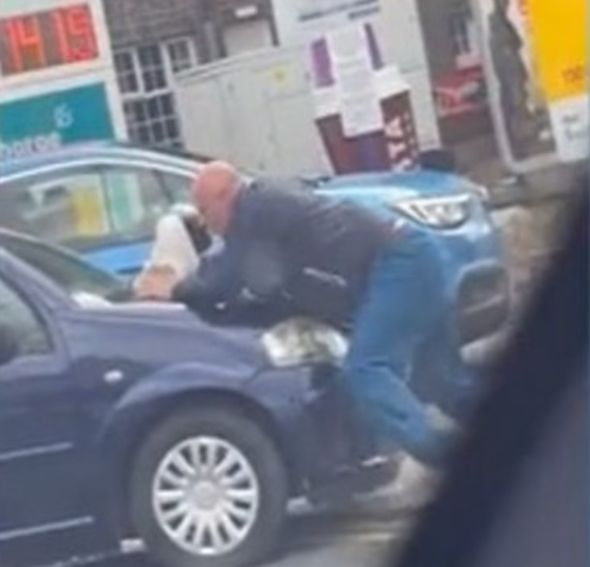 The police were called just after 2:30pm on Monday afternoon, but were unable to identify either driver.

No injuries have been reported, and no suspects have since been identified.

A spokesperson for the Metropolitan Police told the Mirror: “We are aware of footage online which appears to show the incident and will review this as part of our ongoing enquiries.”

The incident comes after emotions ran high over the weekend over panic-buying of fuel supplies. 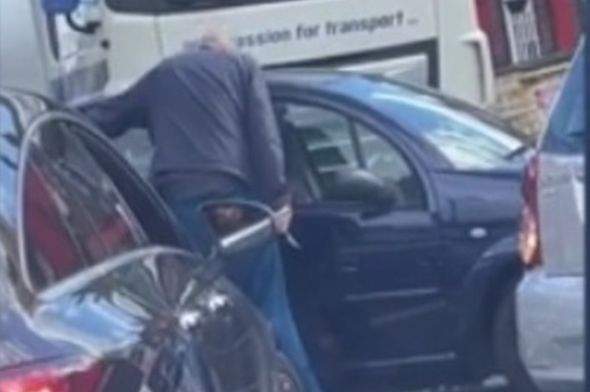 A video shows the man holding the ‘knife’ gesturing at the blue Citroen driver (Image: Instagram/@91stefansilva)

There have been numerous reports of fights breaking out at petrol stations across the UK in the past few days.

The ongoing fuel crisis is a product of a shortage of HGV drivers, meaning less fuel can be transported from refineries to forecourts where motorists can fill up their tanks.

Criticism has been levelled at members of the public stockpiling fuel supplies, with images surfacing of motorists filling up jerry cans as well as their vehicles.

The AA has also reported up to 25 incidents per day of what has been called “misfuelling,” where motorists put the wrong grade of fuel into their vehicles. 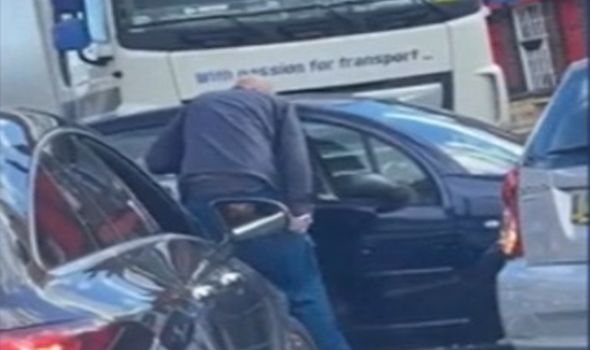 The man allegedly claimed to have been waiting hours for petrol (Image: Instagram/@91stefansilva)

Emergency services are struggling to carry out their critical duties with forecourts drained of fuel.

Dr David Wrigley of the British Medical Association told Times Radio: "I know many of my health and social care working colleagues will be getting into the car this morning, nervously looking at the fuel dial and wondering if they’ve got enough fuel to do their day-to-day work.

"We can’t be waiting two or three hours in a queue for fuel when we have patients to see, so we’re calling on the Government to act today, to put a plan in place and let us know what’s happening."

The Government has been called upon to prioritise key worker access to fuel.

Business Secretary Kwasi Kwarteng has said that a limited number of military vehicles have been put on standby if needed.

Earlier this week, the Government suspended competition law, meaning that oil companies will deliver fuel to any petrol station with no supplies.

Over the weekend, the Petrol Retailers Association (PRA) reported that almost two-thirds of their forecourts were out of fuel.

The remainder were "partly dry and running out soon."

Salah turned into Messi. Lineker on Liverpool forward
We will ask you to punish those who unreasonably accused Glick of racism in the match with England. The Polish Football Union will appeal to FIFA
Milan's midfielder Rebic suffered a muscle injury in the match against Verona
Newcastle's budget for the winter is 50 million pounds, although the club has the right to spend 190 million without violating the FFP
Chelsea did not sign Donnarumma in the summer, as they see Mendy as a goalkeeper for years
Lucas Paquette's feat: played for Brazil, flew 8,000 km and created 2 Lyon goals. In less than 48 hours
Pioli about 3:2 with Verona after 0:2: Milan had to suffer. But we saw that the team is mature